Renewable Energy Grew At A Blistering Pace In 2021

Note: The is the sixth article in a series on BP’s recently-released BP Statistical Review of World Energy 2022. Previous articles were:

During the early stages on the Covid-19 pandemic, the world’s energy consumption plunged. All major categories of energy production declined, except for one. Despite the largest decline in primary global energy consumption since World War II, global renewable energy consumption grew by 9.7% in 2020. That was remarkable given how significantly the pandemic impacted total energy demand.

Energy trends in all categories bounced back in 2021. But renewables once again led the pack. From 2020 to 2021, global renewable energy consumption grew by a whopping 15%. 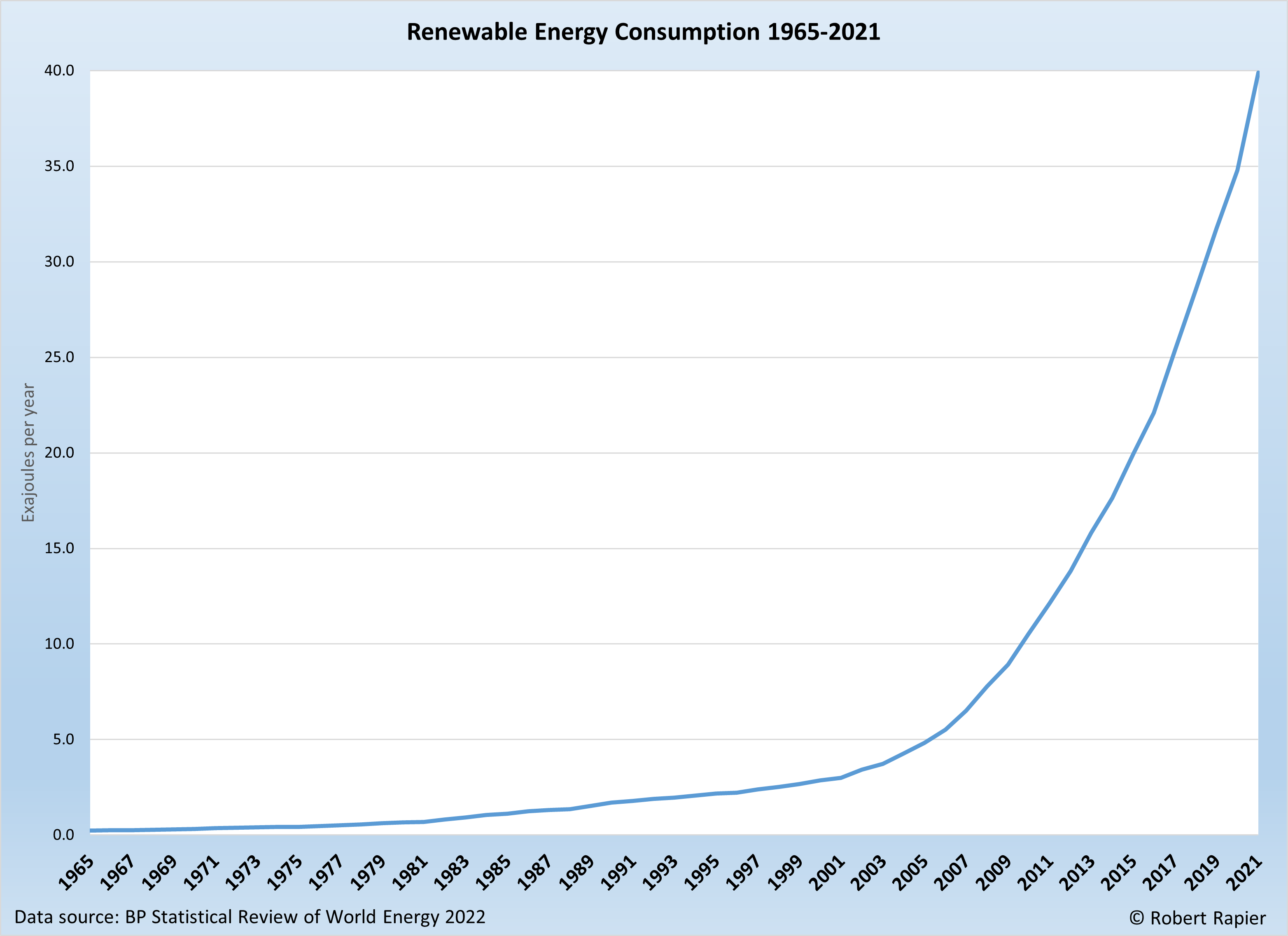 Over the past decade, global renewable energy consumption has grown exponentially, at an average annual rate of 12.6%. Renewables were the only category of energy that grew globally at double digits over the year and the past decade.

Hydroelectricity, which the Review reports as a separate category is growing globally at a much slower rate than modern renewables like solar power. Global hydropower consumption in 2021 was 40.3 exajoules, which is still more than wind and solar. However, the 10-year average annual growth rate for hydropower is much lower at only 1.5%.

Within the Renewable Power category, wind (49.0%) and solar (27.2%) accounted for most of the consumption. Although wind consumption maintains a healthy lead over solar consumption, the ten-year growth rate in solar power consumption continues to be more than double the growth rate of wind power. 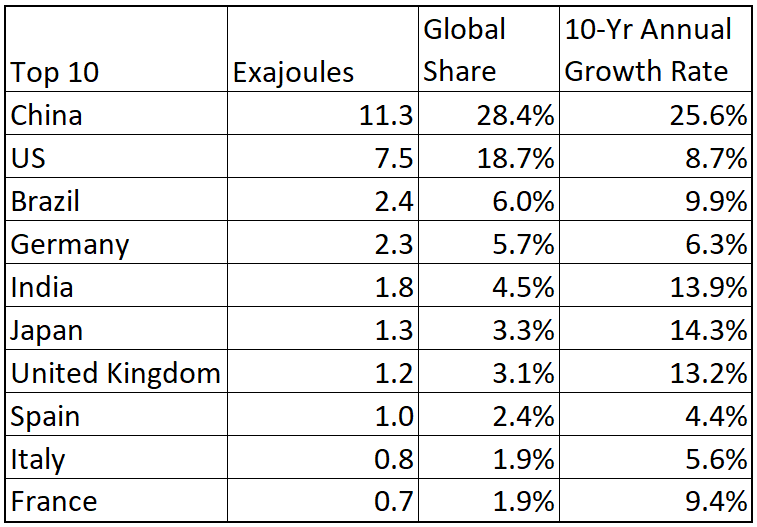 But here is the challenge the world faces. Against the backdrop of the 5.1 exajoule global increase in renewable energy consumption, global energy demand increased by 31.3 exajoules in 2021 — over six times as much. Based on the current trends it would take over a decade before renewable growth can match global energy demand growth.

One source of power that could help immensely as the world strives to reduce carbon emissions is nuclear power, the topic of the next article in this series.