Reducing the Costs of Nuclear Energy in Three Steps

New nuclear plants shouldn’t have to be expensive, writes David Hess of  the World Nuclear Association. To reduce nuclear costs – and project times – three things need to happen: access to cheap financing should be facilitated, regulatory barriers should be lowered, and industry should improve its performance.

The recent construction performance on reactor projects in Europe and the USA has clearly rocked confidence in the industry and sewn doubt in opinion leaders, such as Michael Liebreich, about the ability of nuclear energy to contribute further to reducing carbon emissions. This loss of faith is unfortunate as the underlying problems are entirely fixable and given that the technology has long proven itself to be one of the fastest and most effective options for decarbonising electricity supply.

Many have pondered the question of how to get nuclear costs down. Last year analysts at policy organisation Third Way argued that commercialising advanced reactors as soon as possible is the key, while Environmental Progress laid out the case for the series build of proven standardised designs. Both these ideas have merit and deserve deeper appraisal, but there are things even more fundamental to improving nuclear economics which must be achieved in either case.

There are also places where reactor projects are being delivered more-or-less on time and budget and in fact an increasing number of countries are starting programmes based on today’s reactor tech. Building new reactors is an unquestionably competitive option in many parts of the world. The question is how to create these conditions for success everywhere.

The costs of nuclear are quite simply dominated by what owners expect to receive for it, or need to repay

There is an industry saying that with nuclear economics only two numbers matter, the capital costs and the costs of capital. The construction costs of nuclear energy are high compared to other sources – on the order of 2-6000 US dollar per kilowatt. Modern reactors come in sizes of greater than 1 gigawatt so huge sums of money need to be secured up front. In the UK, the construction cost of the two EPRs destined for Hinkley Point C is estimated at £18 billion, and when financing costs are included the capital costs come to about £24 billion.

By contrast, the fuel and operating costs of nuclear plants are low (compared to most fossil fuel generators) making them ideal flexible base generators and profitable long-term investments once the financing costs are repaid. A third number therefore also matters a lot – the time taken to build the plant and start earning money.

These basics give us a clue as to what needs to happen first.

The first step to reducing the delivered costs of nuclear electricity has little to do with reactor technology or standardisation and everything to do with the cost of financing. Figure 1 shows just how significantly the projected costs of new nuclear plants are affected by the discount rate, a measure of the expected financial return. The costs of nuclear are quite simply dominated by what owners expect to receive for it, or need to repay.

Some would respond to this by pointing out that if there was better evidence that nuclear power plants could be constructed on time and budget then private capital would become accessible on better terms.

Added to this is that governments are themselves the source of some of the biggest risks facing these projects. There are many examples throughout history of regrettable political interference into nuclear energy: cases where completed plants were never permitted to operate, cases where operating plants were ordered to close despite being in compliance with regulatory requirements, and cases where nuclear-specific taxes became so great an imposition that they factored in the decision by owners to retire plants prematurely.

No amount of engineering prowess or entrepreneurial genius can overcome opportunistic politicking. Policy risk adds to the financing cost of nuclear projects as investors invariably factor in a risk premium.

Strong, consistent and vocal political support for reactor programmes is the only way these risks can be reduced. Governments may need to reinforce this through direct involvement, providing loan guarantees or taking a share of the project for example. They should also set the market design to ensure that externalities are internalised and long-term investment stability is provided. In a world responding to the realities of climate change, where electricity demand is growing and countries are seeking a greater degree of energy security such interventions are fully justified.

What about financial institutions? They should be seeking to fund nuclear plants as environmental and social governance priorities. This is especially true for the development banks, many of which unjustifiably refuse to fund nuclear projects.

Which leads us to Step 2.

You are probably not surprised to see an industry rep bring up regulation. But let’s step back, take a deep breath and consider the wider context. Put simply, nuclear energy may be the most highly regulated technology (for civil use) on the face of the planet. It’s somewhat ironic that nuclear power plants are often expected to compete without assistance in ‘deregulated’ markets.

Safety regulators have contributed to delays on nuclear projects in sometimes unfortunate ways, such as when new requirements are introduced after construction has begun. Shifting regulatory goal posts needs to be avoided if there is any chance of delivering projects successfully. 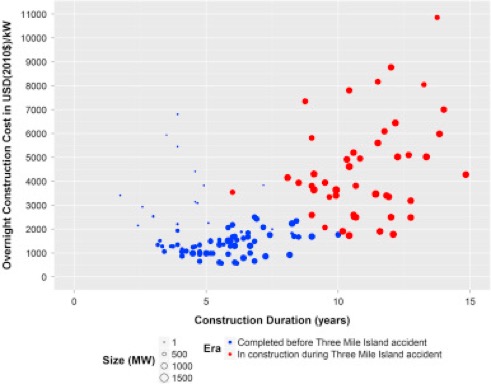 There is also a lot that can be done in terms of harmonizing regulations and codes and standards internationally. The nuclear industry was originally developed as a series of national enterprises, but projects are increasingly international in character.

Progress in harmonisation should help to reduce the design licensing burden (which can run to hundreds of millions of dollars), increase the diversity and quality of the supplier base, and reduce the possibility of mistakes happening during construction. All of these things should have noticeable impacts on the delivered costs.

At the same time there is an active discussion in many countries over the fitness of current regulatory approaches and which requirements really contribute to meaningful safety gains. This conversation needs to continue and practical changes take place, especially as innovative new technologies are brought forward which may be unfairly disadvantaged by the existing framework.

Evidence clearly shows that nuclear energy counts among the very safest of energy sources. It would be a poor outcome if regulation prevented new nuclear development instead of enabling it.

Nuclear regulation and codes and standards are tied tightly with nuclear performance, which leads us finally onto industry itself, and Step 3.

The third step to lowering the costs of nuclear energy is, rather obviously, for industry to improve construction performance. This requires all the parties involved – utilities, vendors and contractors – to learn the lessons of nuclear project management from previous projects while also integrating cutting edge technologies and best practise. Mega-project construction is of course by its nature extraordinarily complex. This complexity creates many pitfalls but also, it has to be said, countless opportunities for optimisation.

The iron law of nuclear construction is that it’s vitally important to get things right the first time. When a mistake is made or management (or regulators) decides that rework is required it can lead to triple damages. There is the cost of the original work and components, the cost of its removal and then of course the cost of replacement.

If this work is on the critical path of the schedule then this will lead to a delay in commissioning, and this is where it really begins to hurt as extra interest is accrued on loans that will now have to wait longer for any revenue from reactor operation. This confirms the perhaps counter-intuitive need to prioritise quality in nuclear project management over selecting lower price products or contractors, as this will likely save time and costs later on. 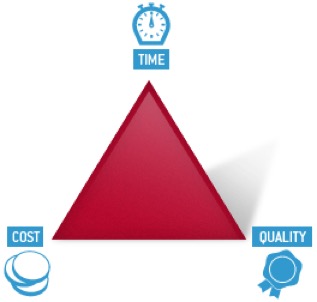 Other home truths about recent industry performance require a review of what actually happened in both the successful and less successful nuclear projects around the world. Serendipitously, this has recently been carried out by a task force convened under the World Nuclear Association.

The infamous delays to nuclear power plant projects in Finland, France and the USA have been compounded by the fact that they were first-of-a-kind (FOAK) for the reactor designs in question and the countries had not built reactors for decades, losing competencies as a result. Unfortunately, the term FOAK ends up functionally applying to nuclear projects even when the same technology is built in different countries because of the limited internationalisation mentioned above.

It is worth noting that almost none of the issues encountered on these projects can be attributed to the basic reactor design (one caveat being that construction should not begin until a detailed design is developed). The choice of technology does not appear to be the source of the problem.

And yet technology offers the solution. After all, nothing stays the same forever and this is the age of technology. Innovations like digitisationand 3D printing are transforming the way that industry makes things and puts them together.

The manufacturing capabilities of the supply chains found in the most progressive nuclear countries are a quantum leap from the pioneering days. New techniques introduced in one country can be transferred to others if local industry is willing to learn and regulators are willing to accommodate.

The key to bringing nuclear costs and project times down is facilitating access to cheap financing, lowering regulatory barriers, and improving industry performance on nuclear construction projects. Whether to commit whole-heartedly to realising advanced designs as soon as possible or to the series build of a fleet of standardised reactors is a secondary concern to all of these.

Ironically enough it is renewables advocates who often seem to object most strenuously to nuclear energy on grounds of “costs”. It is ironic because ten years ago you could have said the same thing about solar or wind, but that was reason for a consistent programme of government support intent on driving the price of these technologies down – not abandoning them. This programme of support was unquestionably justified as renewables offer distinct benefits and their potential for growth is promising. The same is true for nuclear energy.

Improving nuclear construction performance and ultimately economics requires that countries not give up at the first stumbling block. Industry can learn-by-doing, but this is clearly not possible if programmes are allowed to falter and expertise fade. Political commitment is essential.

It is possible to build nuclear plants quickly. Back in 1996 the FOAK, 1315 MW Kashiwasaki Kariwa unit 6 reactor was connected to the grid after just 3 years, setting the benchmark for nuclear construction performance. What fundamentally prevents this from being achieved again? If five, four or even three-year construction periods became the industry norm then surely no one could dismiss nuclear energy as being too slow or too costly to meaningfully contribute in the fight against climate change.

David Hess is policy analyst at the World Nuclear Association.