Great news on the battery front.  The battery market for both EVs and energy storage is going to have massive acceleration in the 2020s...

A commercially viable solid-state lithium-metal battery is an advancement that the battery industry has pursued for decades, as it holds the promise of a step function increase in energy density over conventional lithium-ion batteries, enabling electric vehicles with a driving range comparable to combustion engine-based vehicles. QuantumScape’s solid-state battery is designed to enable up to 80% longer range compared to today’s lithium-ion batteries.

Previous attempts to create a solid-state separator capable of working with lithium metal at high rates of power generally required compromising other aspects of the cell (cycle life, operating temperature, safety, cathode loading, or excess lithium in the anode). QuantumScape’s newly-released results, based on testing of single-layer battery cells, show its solid-state separators are capable of working at very high rates of power, enabling a 15-minute charge to 80% capacity, faster than either conventional battery or alternative solid-state approaches are capable of delivering.

In addition, the data shows QuantumScape battery technology is capable of lasting hundreds of thousands of miles, and is designed to operate at a wide range of temperatures, including results that show operation at -30 degrees Celsius. 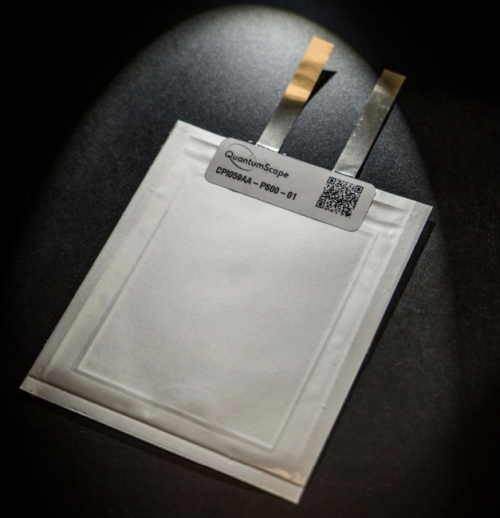 Global Low-Carbon Energy Technology Investment Surges Past $1 Trillion for the First Time
An Energy News Bulletin: About the Latest on Solar Cells, Energy Storage and Power Transmission
EVs’ Tough Road Ahead
Is it feasible? Is it legal? Sunnova micro utility plan explained as CPUC mulls decision