Putting Productivity Back Into Energy Production

From each barrel of oil, cubic foot of natural gas or ton of coal produced, economic winners and losers are created.

The Carbon Tracker initiative put the market value of the top 100 oil & gas companies in the world at $7.42 trillion as of February 2011.

Stacked against this are $35 trillion in assets identified by the OECD in its 2008 report Ranking Port Cities with High Exposure and Vulnerability to Climate Extremes at risk by 2070 to sea-level rise and storm surge, which is the dominant threat associated with climate change according to the latest Intergovernmental Panel on Climate Change (IPCC) report.

The United States has the greatest exposure of the top 10 countries to these risks per the following table.

The U.S. risk alone outstrips the market value of the top 100 oil companies.

Of the top 20 cities at risk, the United States has 6, with Miami’s risk being the highest of all.

Per the following US Geological Survey graphic, these 6 cities are only part of the picture and the same can be said of the global situation.

And storm surge and sea level rise are not the only global warming risks. The IPCC identified 7 others.

Using data from British Petroleum’s 2013 statistical review of world energy and valuations based on Bloomberg Markets Brent Crude Oil price, a basket of global natural gas prices for 2013 and the World Bank’s 2013 trading price for Australian coal, businessinsider.com set the valuation of the world’s most valuable energy reserves for the top 18 countries at $314 trillion per the following table.

As energy is about a $6 trillion/year market sector a case can be made that these reserves represent about a 50 year supply of energy, which ties in generally with BP’s 2012 estimates, which were 52.9 years for oil, 55.7 years for natural gas and 109 years for coal.

The International Energy Agency says that, to have a 50 percent chance of limiting global average temperature rise to 2oC degrees Celsius, we can only afford to burn about a third of known fossil-fuel reserves between now and 2050, which would mean, by Bloomberg’s estimates, leaving $200 trillion worth of assets in the ground.

John Fullerton, the founder and president of the Capital Institute, put the carbon bubble at one tenth that in a thinkprogess.org  article but whichever is correct; would writing off those reserves necessarily spell economic doom for the owners of those fossil fuel reserves?

What’s more if Fullerton’s valuation of the reserves that need to be preserved is correct, then the rationale approach is obvious.

We are currently robbing both Peter and his little brother to pay Paul.

It wasn’t too long ago BP was marketing itself as Beyond Petroleum.

Oil and gas companies are in fact energy companies and are not shackled to any single resource.

The sun shines free gratis and can provide all of the energy mankind could ever want.

It can be said to be a $6 trillion/year energy reserve ad infinitum.

A way to harness the solar energy accumulating in the oceans, which is creating the $35 trillion threat, is outlined in the following video.

As indicated in the video, Nature is already converting ocean thermal energy to work. We just have learn from her lesson to do it more productively in order that we can  lower the risk that has been calculated on the basis of a half meter of sea level rise, which is almost a certainty unless we convert ocean heat to power and move more to the less threatening locale of the deep ocean.

OTEC is solar energy with the energy storage both front and backend loaded. In the latter case hydrogen can be used as an energy carrier to get the offshore power to market.

A lot of money has been invested in fossil fuel reserves that may well be sunk in the light of global commitments to keep global warming to no more than 2oC and that is unfortunate.

What is folly however, is to continue to pour hundreds of billions annually into developing new potentially stranded assets, instead of into energy sources  that mitigate the problem of climate change.

That is an escalation of committment to the extinction of our species, that of many others to say nothing of the companies making the investments. 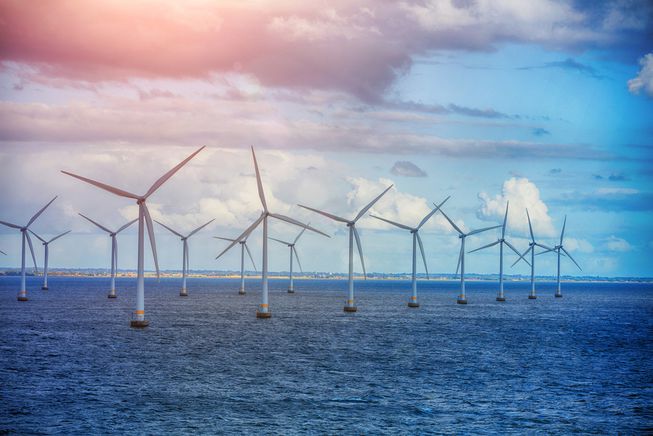 Mediation could be a very healthy, quick and less costly solution. Why not give it a try?