Population Growth and Pollution: the Facts Continue to be Ignored

Humans are the real threat to the planet, Stephen Emmott informs us in this week’s Observer. This may be so, but unfortunately Emmott writes like a 19th century thinker who has just got his hands on an early print of Thomas Malthus. His views on population growth are not only highly inaccurate, but dangerously so. Consider the original image that fronted the story: 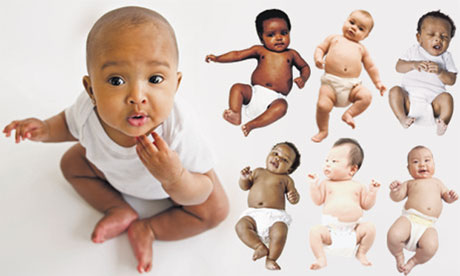 This conjures up rather questionable images of the black and brown skinned swamping the planet. Clearly, someone at the Observer decided this is of questionable taste, because it is now missing from the website version of the story, replaced by something rather more benign: 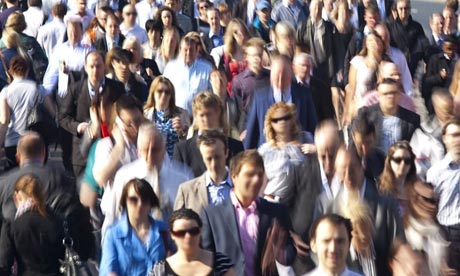 Yes, this is rather more accurate. The white and the rich pollute and screw the planet far more on a per capita basis than anyone else. But unfortunately the image of African and Asian babies is still to be seen on the Guardian environment home page.

OK, I can’t blame Emmott for fronting the story with questionable imagery. That’s probably the fault of a sub-editor at the Observer.

However the deeply misleading statements he makes about population growth are all down to him. Consider the following:

I do just want to point out that if the current global rate of reproduction continues, by the end of this century there will not be 10 billion of us – there will be 28 billion of us.

The source of this figure is the United Nations Population Division, which produces the most respected (if at times questionably high) population projections. What Emmott fails to point out, and I assume he knows, is that fertility rates are in decline everywhere on the planet. And very quickly. This phenomenon is brilliantly visualized at the Gapminder website. Emmott’s suggestion that birth rates will stay at current levels is either uninformed or wilful scaremongering. Either way it does not help further an informed discussion about population growth.

Quite remarkably Emmott implies that reducing the number of children women have is not a very viable option:

Saying “Don’t have children” is utterly ridiculous. It contradicts every genetically coded piece of information we contain, and one of the most important (and fun) impulses we have.

Well, all Emmott needs to do here is look at the data. Women around the world are contradicting whatever genetically coded information Emmott is referring to. Consider Taiwan, a country where women have an average of 0.9 babies, something Emmott would have us think is impossible. Or how about that Islamic theocracy Iran, where women have on average 1.6 babies. And I could go on. There are 79 countries where women are having on average less than 2.1 babies. Not only is getting people to not have babies possible, it is happening on a widespread basis.

A greater problem is Emmott running through scary numbers about the future growth in populations of many modernising countries, which I guess is supposed to prompt images of human numbers overwhelming the planet. He cites the following countries, and how much their populations are expected to grow by:

These statistics are rather frightening. However, like Emmott, I am a privileged westerner typing this sentence on a computer imported from China and writing a blog post saved somewhere in North Carolina or Norway. The people in the countries listed above mostly don’t have such privileges. So, instead consider how many people living in each of these countries it would take to produce the same amount of carbon emissions as the average American. This comparison puts these growth rates in perspective.

So the statistics make it rather clear: population growth is largely occurring in countries that per capita aren’t damaging the biosphere at anywhere close to western levels. The impact the above increases in population will have on carbon emissions could probably be offset simply by Americans and Canadians driving sensible vehicles. I’m more worried about Americans driving Hummers instead of Honda Civics than I am worried about people from India or elsewhere “breading like rabbits” as Paul Ehrlich occasionally complains about:

What about my right to avoid a civilization collapse that kills my grandkids? No right to plan to breed like rabbits. http://t.co/O68pEVoA

Of course such statements ignore an obvious reality: Ehrlich’s grand children are (I’m guessing) likely to contribute far more heavily to the civilization collapse he refers to than the poor of the world breeding like rabbits.

Population growth is often referred to as the elephant in the room. It is not. The facts indicate that the population bomb is being defused, and that continued worries about population are simply one thing: the deflection of the cause of a problem away from those who have caused it.

The gargantuan 10-gigawatt array – spread out across some 20,000 football fields' worth of photovoltaic panels – might be situated close to the heart of the Australian outback, but the energy reaped from the plant will ultimately be transported..

It's becoming apparent that we've already emitted way too much CO2 into the atmosphere.A drastic increase in renewables, nuclear and other low-carbon energy sources is necessary to help us keep the global mean temperature increase below 1.5C.We..