Planetary salvation; science or by committee? 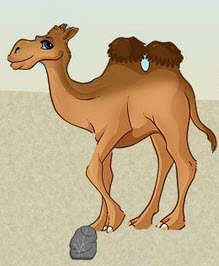 The proverb goes a camel is a horse designed by a committee. The analogy is group decision making leads to ineffectiveness due to the incorporation of too many conflicting opinions into a single project through compromise.

As noted a few days ago by the BBC, UN delegates, after two weeks of talks in Bonn, Germany, have backed a key scientific IPCC report, a “compromise”, without targets on greenhouse gas emissions, ostensibly based on the "best available science”.

Some smaller island delegates claimed, legitimately, the move amounted to a surrender to fossil fuel producers.

The IPCC is the ultimate “committee” beholden to politicians whose stock and trade is compromise.

The NASA graphic below, based on the "best available science", demonstrates the annual solar radiation absorbed and infrared radiation emitted annually. 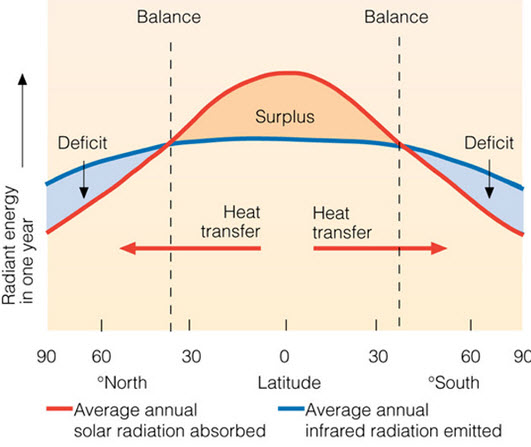 The laws of thermodynamics aren’t beholden to any committee or politician.

They are scientific law that describe observed phenomenon.

They are the “best available science” pertaining to global warming.

In thermodynamics, a heat engine per the following graphic is a system that performs the conversion of heat or thermal energy to mechanical work. 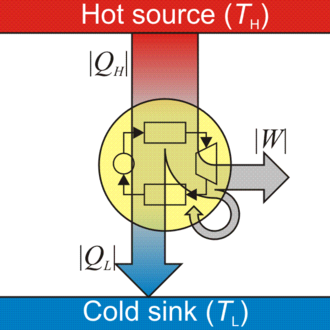 Where: TH is the temperature of the hot source

TL is the temperature of the cold sink

QH is the heat transfer out of the hot reservoir

W is the work output, and

QL is the heat transfer into the cold sink.

Combining Figures 1 and 2 you get Figure 3, which demonstrates “thermodynamic geoengineering” that is a reduction and removal of surplus heat from the vicinity of the equator to deep water and the conversion of a part of the heat of global warming by a heat engine to productive work. 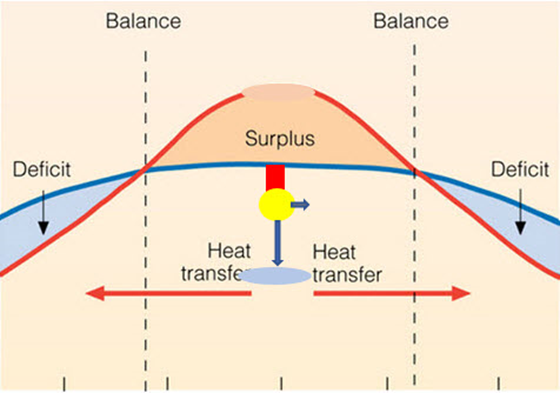 With this process, you get twice as much energy as we are getting from fossils fuels along with the water, food, environment, education, democracy and poverty, terrorism and war and disease reduction Richard Smalley called for in his Terawatt Challenge.

In other words, the kind of things compromising politicians aren’t providing but could with twice the tax revenue derived from twice the energy production that in turn equates to twice the jobs.

We also get a reduction of surface heat and heat transfer from the equator towards the higher latitudes shown by the red arrows in Figures 2 and 3 that in turn leads to less sea level rise and tropical storm intensity, which are two of the greatest risks of global warming.

Two of the distinguishing features of a camel are its humps and poor temperament that compare poorly to the horse our proverbial committee was supposed to make but all the committees and politicians in the world and cacophony of competing energy and interest groups notwithstanding, we can't afford a climate camel.

The “best available science” pertaining to global warming, the laws of thermodynamics, dictate what has to be done for mankind to survive and prosper.

a “compromise”, without targets on greenhouse gas emissions, ostensibly based on the "best available science”.

If leaders continue on this path, the softest of approaches available, our children and grandchildren will not look back on this time very kindly. We have so much push to address climate change and so much awareness, but still such a lack of implemented solutions on a global scale.

Some smaller island delegates claimed, legitimately, the move amounted to a surrender to fossil fuel producers.

And how sad for these communities that are already feeling the effects of climate change and will feel the worst of it, but because they are smaller and lower on the 'global power' totem pole they are being ignored. You can be sure that if it was the global economic powers who were going to be the first to really feel the damages of climate change, these provisions would have more teeth to them..

Matt, I am a Canada and the government claims the environment is a priority even as it boldly claims it is not their job to fund solutions like Thermodynamic Geoengineering, the method and apparatus for load balancing trapped solar energy and Negative-CO2-emissions ocean thermal energy conversion (NEOTEC).

It was more than eager however to pay $4.5billion for a 65 year old  pipeline to move bitumen from Alberta to the Pacific coast for transhipment.

It has however offered to loan $25M loan to David Keiths Carbon Engineering (CE) project backed by Bill Gates and others.

It would be instructive for energycentral readers to compare the cost and benefits of the technologies.

CE claims a llevelized cost of between $94 to $232 per ton CO2 to capture one metric ton (Mt) of CO2 which it says can be used to make carbon-neutral hydrocarbon fuels, that would be burned to produce more emissions.

The laws of thermodynamics dictate that this approach can never solve the problem of global warming and the proof is CE’s statement, their process requires either 8.81 GJ of natural gas, or 5.25 GJ of gas and 366 kWhr of electricity to capture one ton of CO2.

In the alternative NEOTEC converts the heat of global warming to 28 terawatts (245 trillion kWhr) of electrical energy.

It does not consume energy.

And for each gigawatt (GW), 1/1000th of a terawatt, of electric power produced by NEOTEC, 13 GW of surface ocean heat is removed from the surface, eliminating the risks of global warming, and 500,000 tonnes of CO2 a year is consumed and stored.

There is no additional cost to capturing the CO2 and the levelized cost of NEOTEC at 73 $/MWh for a 200 MW plant is about the half the cost of British Columbia's Site C Dam at $125/MWh.

The most bewildering thing is, how ripe for the picking Canada's intellectual property is, since we are neither prepared to protect, nor develop it.