Is PG&E's planned power outages a strategy for the future?

As widely reported by numerous media outlets, California’s largest power utility, Pacific Gas and Electric which is known as PG&E, cut electricity to parts of an estimated 22 to 35 California counties, including parts greater San Francisco region between October 9th to October 12th, 2019. These pre-emptive power outages impacted an estimated 800,000 PG&E customer’s electrical meters with local media reports stating as many as 2 million Californians had no power for several days. By Saturday, October 12th, the utility reported that power had been restored to on or about 100% of its customer’s meters.

The decision by the utility for the planned outages, which had been in the works for several months, was the result of yet another round of dry winds which threatened to bring down high voltage power lines and with it, potentially another round of deadly wildfires and the financial liabilities to PG&E which could have resulted from such fires. On October 9, 2019, Los Angeles Times article by writer George Skelton reporting, “This occurred in the face of 30 MPH winds with some areas who lost power seeing only estimated 5 MPH winds.”

Are these large scale pre-emptive planned outages a sign of future?

In an opinion piece published on The San Francisco Chronicle’s website stated, “Bill Johnson, CEO of the utility’s parent PG&E Corp., acknowledged “the anger about how disruptive it is to live without power.” But as PG&E “evaluated the science about the conditions and the risk — in consultation with numerous state agencies,” Johnson wrote, the company “believed this was the right thing to do for public safety.” “And we still do,” he said.”

NPR further reported, “But Johnson said it could take 10 years before such outages are “really ratcheted down significantly.” 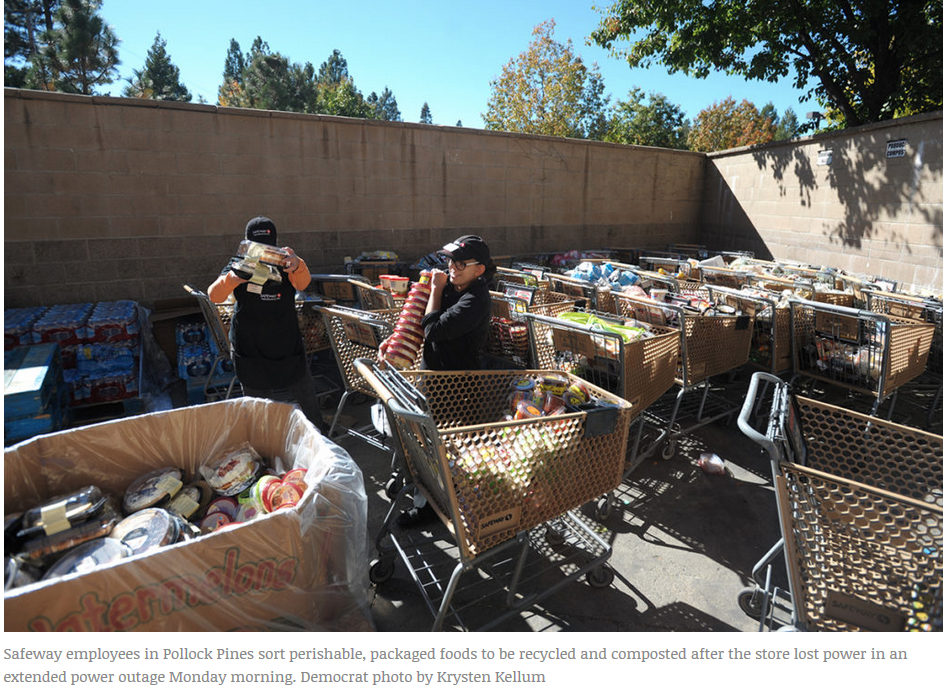 On that same day, NPR also reported, “The CEO of Pacific Gas & Electric Corp. told California energy regulators that the state will likely see blackouts for another 10 years like the one imposed last week that left as many as 800,000 customers without power. The revelation by corporation CEO Bill Johnson came Friday at a California Public Utilities Commission meeting at which he said his company is trying to reduce the chances of wildfires by trimming more trees and using technology to target smaller areas of the grid when fire dangers require power outages.”

Planned power outages along with brownouts and rolling blackouts are a well-known management tools used by many U.S. electric utilities for a variety of reasons from maintenance and repairs from heatwaves and other weather-related events.

However, the scale of PG&E’s outages appears to be some of the largest on reported record and occurring in population-dense greater San Francisco region. Charges the utility did not provide enough notice and its inability to effectively communicate to its customers, its outage website reported to have been overwhelmed, added to surprise, confusion, and anger of many without power.

The CEO of PG&E is now on record advising its customers to expect more such planned outages in the future. Last night, neighboring utility Southern California Edison issued a power outage alert to more than 33,000 of its customers possibly affecting more than 100,000 residents.

Navitus Strategies asked Professor Scott Sklar, the former President of Solar Energy Industry Association an adjutant professor at The George Washington University where he teaches renewable energy classes if he thought other utilities throughout the US might begin to employ similar pre-emptive outages as a grid safety management tool.

Sklar replied, “I do not think so because the set of circumstances in that part of California are unique with there being very long high voltage transmission lines which are strung over wide areas parched by long term drought now resulting in an estimated 1 million dead trees. Today California is one of only five US states with such very long transmission runs and drought is not an issue in many parts of the country.”

Sklar went on to say that in his opinion, PG&E management was making a clear statement if they are going to be held financially liable for wildfires then they will not keep their grid energize in the face of such liabilities. He further stated, “In the long run more electric utilities will move to grid sectionalizers and reclosers which allow a utility to shut down parts of their grid, fix problems and then re-energize the grid. Sklar further stated, “These equipment solutions exist today and offered by such firms which specialize in utility grid equipment such as Schneider Electric, ABB, Siemens, and others.”

Sklar also believes there will be more behind the meter microgrids which conceptually serve a similar purpose as in control for allowing isolating certain gird users. Sklar stated, “While still in its infancy, we see more deployment of Smart Grid solutions from utilities such as the Sacramento Municipal Utility District and Austin Energy to name a few. Regulators will be the main force as to more of what is allowed or not allowed and where within the electric grids.”

Less than 10 days after the recent California controversial power outages, the New England region this past Thursday saw an estimated 90 plus MPH winds with heavy rains as a major Nor’easter intensified overnight. This resulted in more than an estimated 500,000 electrical meters without power affecting perhaps on or about 1.5 million people with the states of Maine, Massachusetts, and Rhode Island, all reporting major power outages.

According to Climate Central, a media portal of scientists and reporters on changing weather conditions reports, “147 million customers lost power, for at least an hour and often far longer, from weather-related outages since 2003, an average of 15 million customers affected each year. Currently, there are 145 million customers in the U.S.”

Per their research, “A customer is a home or a business, or anyone who receives a bill from a utility, so the number of people affected by outages is likely much higher, from 300 million to perhaps half a billion or more over the decade analyzed.”

As of last night and early this morning, a series of tornadoes knocked out power to more than 150,000 greater Dallas region electrical meters leaving an estimated 300,000 people without power.

While PG&E rightly cites safety concerns and minimizing financial impacts from wildfires, it also should be recognized there are immediate cost impacts to residents and businesses when the power is out. This October 2016 analysis by the Lawrence Berkeley National Labs report titled, “An Insurance Perspective on U.S. Electric Grid Disruption Costs”, shows a table of the outage to a type of insurances costs incurred; 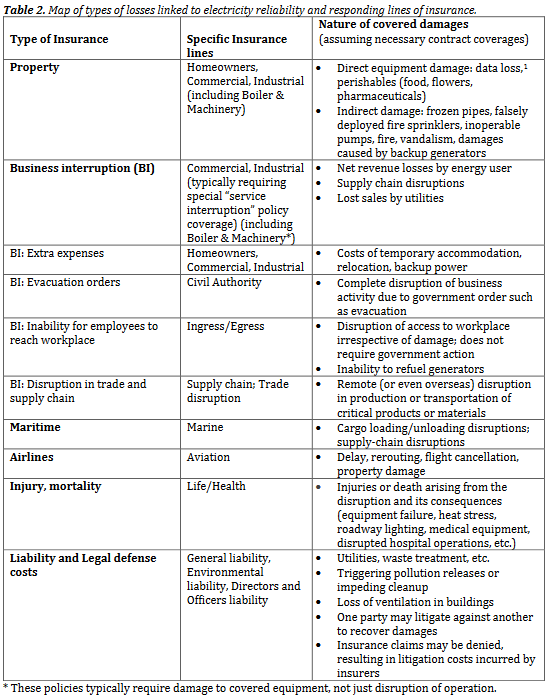 It’s a given equipment upgrade to long-distance transmission lines along with other solutions to allow utilities to have more durable power lines combined with greater control in shutting down sections of their grids will advance. However, these grid upgrades will be time consuming and expensive to deploy.

It’s also a given it will be residential and commercial ratepayers who will bear these upgrade costs even as they bear the costs and disruptions from ongoing weather-related power outages. A double expense hit to be sure. Time will tell if or how other electric utilities will handle planned power outages going forward.

Renewable energy, particularly solar power, is rapidly increasing across the nation, and it strongly appears that solar power is hear to stay. 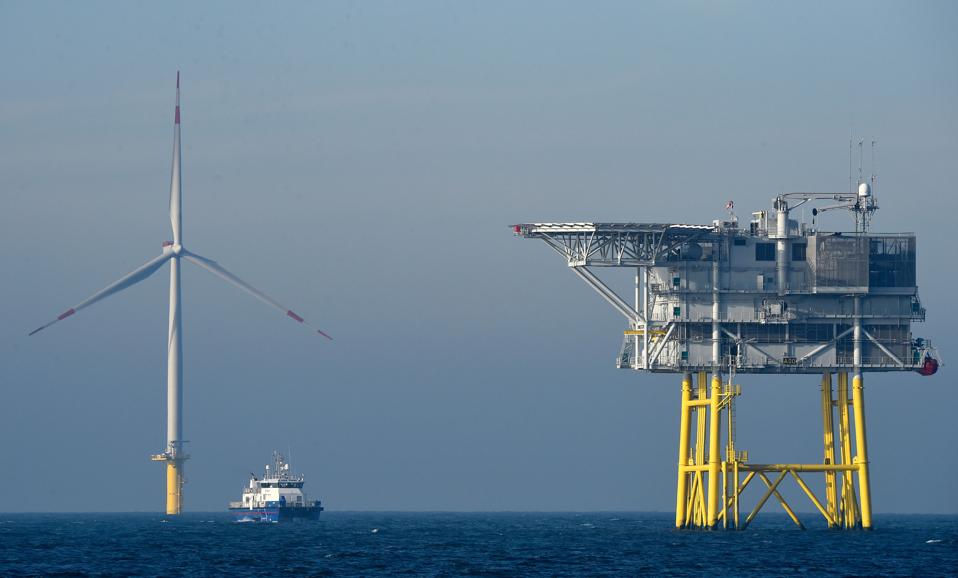 It's been posted here before but I feel like this point needs to be continually belted as renewables and capacity steal the headlines. Our ability to meet green and clean energy goals will rely heavily on our ability to modernize our grid. It's..

Instead of selling Diablo Canyon for an estimated $5 billion to help pay wildfire liability claims, owner PG&E has been allowed to abandon the plant and charge $5 billion to ratepayers (apparently, that's what PG&E's $108,000 donation to..

Richard, as the cost of  carbon reductions increases exponentially, not considered in E3's report is the incentive for states to withdraw from the P