Steve Goreham is a speaker, author, and researcher on environmental issues and a former engineer and business executive.  He is a frequently invited guest on radio and television and a freelance... 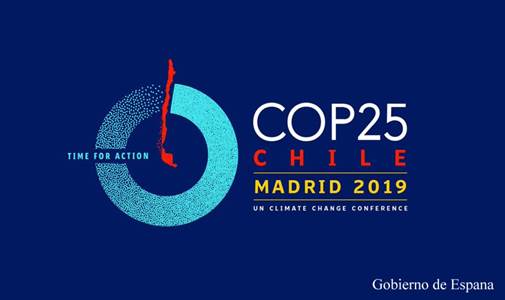 Fourteen Democrat members of Congress have arrived at the United Nations Climate Conference in Madrid. Speaker Nancy Pelosi leads the US delegation, which includes Senator Sheldon Whitehouse of Rhode Island and Representative Sean Casten of Illinois. However, there is little evidence that the conference will have any effect on the climate, but Ms. Pelosi’s delegation will spend a lot of taxpayer money.

Speaker Pelosi describes the delegation and the conference as an effort to “combat the existential threat of our time: the climate crisis.” More than 25,000 attendees and 1,500 members of the media have joined the conference.

After flying halfway around the world on private or commercial jets, Ms. Pelosi and her team will be discussing with world leaders how best to put restrictions on citizens of the US and other nations to reduce carbon dioxide emissions. Reduced air travel, forced adoption of electric cars, and elimination of natural gas for heating and cooking are all likely to be topics in an effort to “save the planet.”

The official conference name is the United Nations Framework Convention on Climate Change, or COP25. COP25 means that this is the 25th “Conference of the Parties.” These meetings have been held every year for the last quarter century.

If we all live long enough, we may see the 50th Conference of the Parties. But there is no evidence that these meetings and the thousands of climate laws enacted around the world over the last 30 years can measurably change global temperatures.

The Pelosi delegation trip is expensive, probably costing millions of dollars in travel, lodging, food, and security. But this is just the tip of the iceberg. The 2015 Paris Climate Accords called for the United States to transfer billions of taxpayer dollars each year to “developing” nations, including China and India, payments which the Democrat delegation favors. The Trump Administration ended these payments with US withdrawal from the Paris Accords.

All leading Democrat candidates for president propose massive expenditures to “solve the climate crisis.” Senator Bernie Sanders touts the most extravagant spend, proposing a total of $16 trillion over 10 years, or more than $50,000 for each man, woman, and child in the US.

Representative Sean Casten of Illinois calls for “massive, coordinated, international action” to “stabilize” the climate. But Earth’s climate has been changing for all of history, including ice ages, warm periods, and cold periods. There is no evidence that driving electric cars, building wind turbines, or changing light bulbs can “stabilize” the climate.

The Madrid delegation should return to the US and get to work on real economic, jobs, trade, and health care issues that affect Americans.