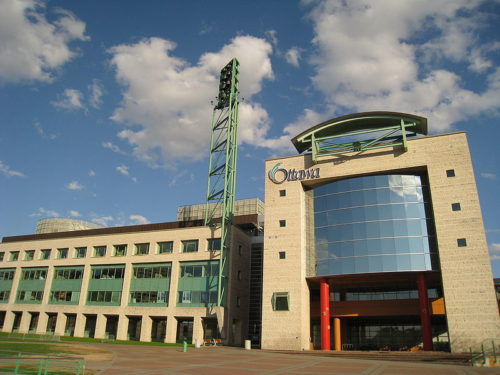 The City of Ottawa has released a long-awaited energy transition plan that has it eliminating all greenhouse gas emissions, phasing out all fossil fuel use, shifting all heating and transportation to electricity or other zero-emission options, and adding 4.4 gigawatts of new solar and wind capacity by 2050.

While the Energy Evolution plan’s call for more than C$31.8 billion in up-front costs (in today’s dollars) “jumps off the page” in the report, which went before a city committee earlier this week, it calculates a net saving of $12.4 billion over the life of the investment.

The plan lays out a list of 20 projects in land use, new and existing buildings, transportation, waste, renewable natural gas, and electricity, designed to “accelerate action and investment towards achieving the 100% scenario” over the next five years. The 117-page project inventory describes each of the initiatives in detail and is also refreshingly transparent in acknowledging the landmines that could impede the plan—from insufficient funding from other levels of government, to regulatory and compliance issues, to limited public uptake, to competing priorities around the city council table.

Councillor Scott Moffatt, chair of the city’s environmental protection, water and waste management committee, told CBC he’d been looking for a “serious” implementation plan after the city declared a climate emergency last year and adopted a more ambitious GHG reduction target in January. “Municipalities across the country, across North America, have passed the [emergency] motion,” he said. “They make the commitment. I’ve yet to see anyone actually monetize it or say what needs to happen to get there. So we’ve done that.”

Among the 20 projects, the Energy Evolution plan calls for energy retrofits in 27% of the city’s homes and commercial buildings by 2030, rising to 98% by 2040. The residential retrofits alone would include installing more than 117,200 heat pumps and 331,500 on-demand electric water heaters by the end of this decade. Among the community benefits attached to the retrofits: lower energy bills, healthier, more resilient homes, local job creation, and “more energy dollars retained in the local economy”.

But the retrofit target will depend on more generous incentives from other levels of government, adjustments to provincial energy labelling and land transfer tax provisions, and a new provincial retrofit code and energy performance standard that aligns with a net-zero target. One of the background documents to the staff report lists a series of past initiatives that were “stalled”, the city says, by a lack of provincial buy-in.

Energy Evolution also includes a plan to use an existing local improvement charge mechanism to manage the up-front cost of building retrofits. “Its main objective is to overcome the motivation barrier to deep energy retrofits by tying, through a priority lien, the obligation for repayment to the property, not the property owner,” the staff report explains. “Through the program, property owners will be able to opt into the LIC program and access long-term financing for energy retrofits of their buildings.”

That option “is one of the best tools available to municipal governments to influence private buildings,” the city says. “It will facilitate the leveraging of other city, provincial, and federal programs for home retrofits through common marketing and participant engagement tools.”

The element of the plan that deals with new renewables capacity calls for the city to rapidly ramp up its use of solar over the next five years. “This will initially be through a rooftop strategy, as onsite net metering and behind-the-meter generation are the only available opportunities to connect renewable electricity generation to the grid,” the staff report says.

Other items on the five-year project list include a community district heating strategy, new local building standards, plans for electrifying personal vehicles and bringing commercial fleets to net-zero, a shift in transportation modes, an organics recovery strategy, and integrating energy and climate in the city’s new official plan.

CBC cites two energy transition experts who said the plan is workable, based on the size of the local economy and the 30-year time span for the transition.

“It is a big job, but the Canadian economy is capable of making this transition,” wrote low-carbon modeller and analyst and Energy Mix subscriber Ralph Torrie, a leading advocate for mass, deep retrofits. “With interest rates down and the economy in need of a reset, this is the time to go all-in for a green recovery.”

Nicholas Rivers, Canada Research Chair in Climate and Energy Policy at the University of Ottawa, told CBC the price tag attached to the plan is far lower than doing nothing about the climate crisis. “It’s not fair to look at one side of the ledger,” he said.