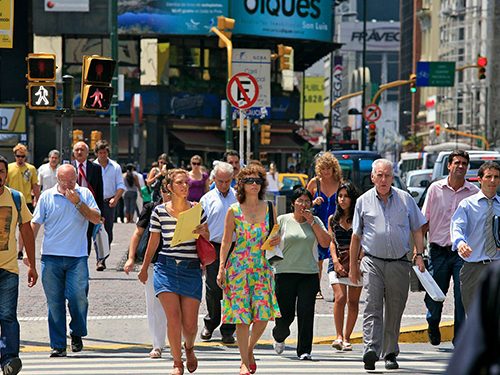 A new study of online news, chat, and commentary finds that the digital world has been talking a lot more, and a lot more urgently, about climate change since 2018. And since the beginning of the COVID-19 pandemic, such online discussion has revealed a growing capacity to adapt to what science is telling us.

BayWa’s report, titled “The Decade That Matters”, found that “the overall volume of conversations around the topic of ‘climate change’ grew by 110% in 2019 when compared to 2018” while “carbon-related” conversations (e.g., zero carbon, carbon neutrality) increased 159% between 2018 and 2020.

The report also revealed an international shift in vocabulary in online discussions about the changes unfolding in the planet’s climate—for example, changing from “global warming” to “climate change” to, more recently, “the use of more urgent language and the beginnings of a further shift toward the more immediate ‘climate crisis’.”

While the onset of the pandemic knocked the climate crisis off many people’s radars (online discussion of climate topics dropped by more than a million mentions per month from January 2020, “falling 41% on Twitter and 24% across news publications,” writes Renewable Energy World), BayWa CEO Matthias Taft said a sharp spike in “working from home” conversations through the spring of 2020 underscored humanity’s innate capacity to adapt.

COVID-19 “has shown us that when we listen and act on what the science tells us, we have the capacity to pull together and achieve incredible things,” Matthias declared. “We must now see that same sense of urgency applied to addressing the climate crisis.”