As an Oil Un-Building Looms, Newfoundlanders Ask: What Next, and Who Pays? 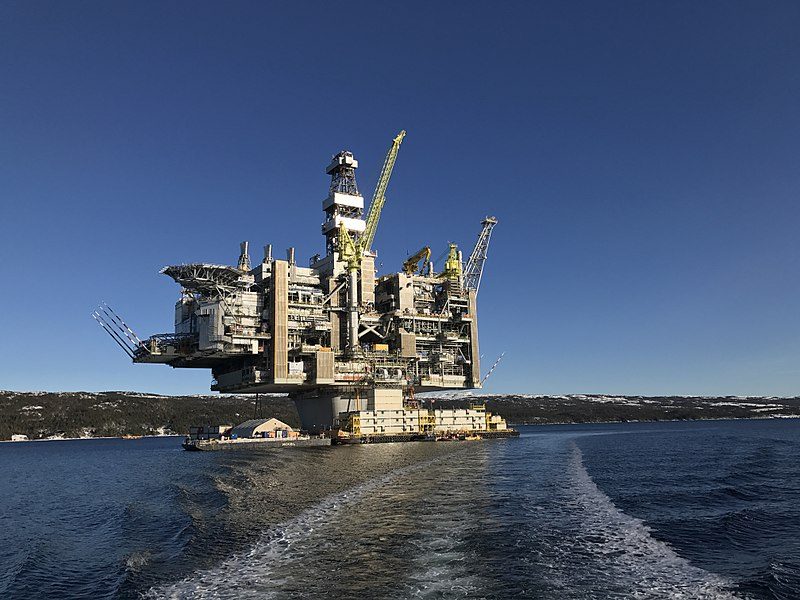 With 5,200 direct jobs lost in the fossil sector since March, the government of Newfoundland is beginning to talk, tentatively, about reinventing itself as a green energy leader. Also on the horizon: finding answers to the murky question of who will pay to decommission the fossil infrastructure left behind.

“Just a few years ago, with oil at more than US$100 a barrel, St. John’s was a boom town, with a soaring real estate market, rapidly growing population, and pricey new restaurants fuelled by oil executives and their expense accounts,” writes the Globe and Mail. Today, with the province’s key export hovering in the low $40s, those executives are fuelling nothing but anxious speculation about when, if ever, billion-dollar oil projects will get the green light.

Noting that Husky Energy’s C$2.2-billion West White Rose extension is on hold until “at least 2022,” the Globe adds that “drilling on the iconic Hibernia platform, which launched the province’s oil industry, has been suspended since April as a cost-saving measure.”

And according to a recent report by the Canada-Newfoundland and Labrador Offshore Petroleum Board, that industry regulator “received zero bids for 16 of the 17 offshore parcels available for drilling in 2020—slashing planned exploration spending from oil companies to just $27 million, down from $1.3 billion in 2018.”

The shift has been “devastating” for the industry, said Charlene Johnson, CEO of the Newfoundland and Labrador Oil and Gas Industries Association (NOIA). “Many people I’ve spoken to have said to me, ‘What’s going to become of us?’”

Keeping the wolf from the door in the short term is a $320-million federal bailout earmarked to help oil and gas workers. At a recent news conference in St. John’s, provincial Industry, Energy, and Technology Minister Andrew Parsons said distributing the money quickly to increasingly desperate families was paramount.

As for the longer term, the Globe writes that while Newfoundland’s new premier, Andrew Furey (who has been on the job since August), has said his province “can’t count on oil revenue forever,” he is also anxious to extract “what value it can, while it still can, from a sector that was worth about 10% of government revenue last year.”

While urging investment in green technologies, Furey also remains supportive of subsidies for the fossil sector, suggesting in an interview with the Globe that the oil and gas companies of today could become the renewable energy producers of tomorrow—or, at very least, help fund the transition with the royalties they pay.

NOIA’s Johnson seems to agrees, arguing the province “is well-positioned to make the transition to renewable sources of energy, such as offshore wind.” She pointed to Norway “as a model for how oil-producing regions can also be progressive on measures such as incentive programs to buy electric vehicles.”

Among citizens in the province urging the government to embrace that transition is historian and public policy expert Lori Lee Oates, who told the Globe she would be “looking for government spending that benefits average people, and not giving out money to oil companies.”

That such companies may not have the best interests of the “average” Newfoundlander at heart was demonstrated by Husky’s recent threat to abandon the West White Rose project unless it received government support. Meanwhile, jobs continue to “sit in limbo,” and the provincial government, “facing a budget deficit of well in excess of $2 billion, has said it is in no financial state to help.”

Likewise looming on the horizon, reports the Canadian Press, is the matter of how much it will cost, sooner or later, to decommission offshore oil infrastructure—and who will pay. The question, or at least the answer, has remained out of the public sphere for most Newfoundlanders, thanks to a cone of silence erected by the oil and gas industry and reinforced by the province.

Such secrecy is unconscionable, said Thomas Schneider, associate accounting professor at Ryerson University and a member of the UN Expert Group on Resource Management. “There’s a high probability that those liabilities are going to fall on the public, on the Canadian taxpayer and the Newfoundland taxpayer,” he told CP. “The name of the game is to keep it as secret as possible, and I don’t understand that.”

While oil majors like Husky, recently bought out by Cenovus Energy, may have “multi-billion-dollar lump sums” earmarked for decommissioning costs on paper, said Schneider, those costs are broken down neither by project nor by timeline. Even worse, “they’re often not backed up by actual capital.”

Schneider recently co-authored a paper for the Institute of Chartered Accountants in Scotland that “calls on governments and those setting accounting standards to demand more transparency from companies in their reporting of decommissioning costs, plans, and timelines.”

Just as Alberta is now “grappling with thousands of abandoned wells that will take billions in public money to clean up,” Scotland is “one of several countries coming face to face with the costs and complications of decommissioning offshore oil installations in the North Sea,” writes CP.

Newfoundland is certain to follow—and soon—yet spokespeople for both Husky and Exxon told CP that decommissioning costs are still not public information.

Further muddying the waters, writes CP, is the fact that Newfoundland and Labrador permit fossils to “claim decommissioning cost overruns against past royalties they have paid.” Such a dispensation means that “if costs are higher than expected, the government could owe companies a royalty refund.”

Asked if Newfoundlanders and Labradorians could end up on the hook for some of the decommissioning costs, Parsons said “any estimate would be ‘premature, given the current status of our offshore projects’.”

Not so, retorts Memorial University political scientist Russell Williams, who told CP that if Husky’s own press releases are to be believed, “they’re talking openly about no longer operating.”

Williams also called out the hedge-betting being conducted by the province, pointing out that turning a blind eye to liabilities “so they become another government’s problem is a ‘common psychological pitfall’ for resource-dependent governments.”

Meanwhile, CBC reports that Newfoundlanders are reeling from revelations that a recent local spike in COVID-19 cases has been tied in large part to workers returning from Alberta’s tar sands/oil sands. One such worker described the “crushing” feeling of enduring the painfully low morale of the camps, only to face fear and “nasty comments” from those at home.

In a recent address, Furey implored returning workers to stick to increasingly stringent regulations around periods of isolation and timing for COVID testing, says CBC.

“This is of the utmost importance to our many dedicated rotational workers,” he said. “To this group, I say I know travel during the pandemic has been stressful enough for you and your families, but please, please, I implore you to follow the provincial guidelines.”