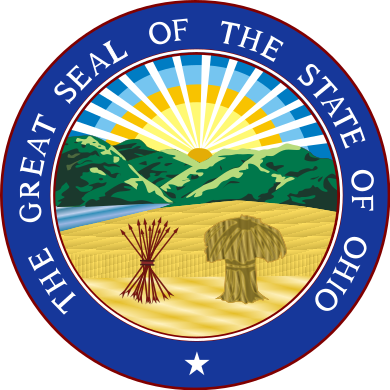 This isn’t the first time the Kasich administration has moved to address air pollution from the oil and gas industry. In 2014 Ohio joined Colorado and Wyoming in requiring operators to conduct quarterly inspections at well sites to find and fix emissions from leaking equipment. Today’s action extends these requirements upstream, and – notably — proposes to regulate both VOCs and methane, a move that helps cement Ohio’s position as one of the leading states on this issue.

Comprehensive methane rules are also under development in Pennsylvania (the nation’s second largest gas producer) and California (the nation’s third largest oil producer). Under both Republican and Democratic leadership, each of these states has recognized the benefits of keeping harmful emissions out of the air and valuable product in the pipeline. At the same time, they’re proving that these policies are highly cost-effective to implement.

Under the new policy, Ohio plans to issue permits for new and modified equipment at compressor stations – facilities that pressurize gas to more efficiently move it through pipelines, and which are a big source of harmful emissions. The new permits will require natural gas companies to check the facilities for leaks on a quarterly basis, using infrared cameras or handheld analyzers, and quickly fix the leaks they find.

Nationwide, the industry’s gathering sector – the part of the supply chain that includes compressor stations – emits as much as 1.7 million metric tons of methane pollution, 120 percent more than previous calculations, according to the latest draft inventory published last month by the U.S. Environmental Protection Agency.

By addressing these emissions, Ohio can help protect health and the environment in Ohio communities at extremely modest cost. According to a study by ICF International, emissions can be cut 40 percent at an average cost of about 1.3 cents per thousand cubic feet of natural gas sold – even when accounting for today’s relatively low natural gas prices.

Methane leaks are a needless waste of a valuable asset. In 2014, Ohio’s natural gas producers reported wasting more than 13,000 metric tons of methane, enough natural gas to heat nearly 8,500 Ohio homes. This number is likely an underestimate because only large oil and gas operators are required to report emissions, but facilities belonging to smaller operators can leak as well.  Likewise, inventories undercount emissions by failing to take into account so-called “super emitters,” leaking sources that are responsible for a disproportionate share of emissions. Leak detection and repair policies of the sort being proposed today are critical to addressing the super-emitter problem.

There are many proven, highly cost-effective technologies already at work that can cut methane pollution in half over the next few years, many of them developed in Ohio. At least a dozen home-grown Ohio companies specialize in technologies and services for reducing emissions and are helping power the local economy by providing highly skilled, good-paying jobs.

Monitoring Systems for Leaks is Key

Routine monitoring of oil and gas equipment is critical to reducing industry’s methane emissions. Throughout the supply chain, study after study has shown that emissions tend to occur as a result of unpredictable, sometimes intermittent failures and other mishaps, making regular inspection and repair efforts critical to reducing pollution.

Volatile organic compounds contribute to smog and local health problems. Methane is an extremely potent greenhouse gas, with over 80 times the warming power of carbon dioxide over a 20-year timeframe. Both are a widespread challenge at facilities involved in the production and transport of oil and gas.

Even as the Versatile Test Reactor makes its way through the federal approval process, the VTR team has already begun collaborating with industry and academia to prepare experiments in anticipation of construction.

In 2019, U.S. production of dry natural gas increased to almost 34 trillion cubic feet (Tcf) and consumption increased to 31 Tcf—both records, according to the US Energy Information Administration (EIA). Fracking has opened up the US market. ..

With the experience gained with the only independent, curated, user-enriched and commercially available database of public charging stations, this post outlines the complexity of this ecosystem and proposes 3 best practices for utilities and..