The Ocean’s Treasures and the Tech That Unlocks It. 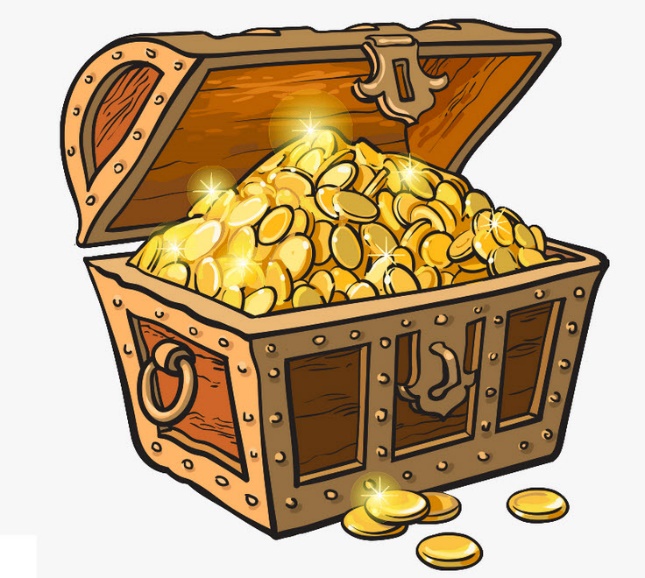 Nicola Jones, 2018, Nature article The Information Factories projected data centers could be chewing about 20.9% of total electricity demand by 2030.

Since these centers produce copious amounts of heat that is detrimental to the electronics, between 2018 and 2019 Microsoft  successfully tested the reliability, practically and sustainably of under water data centers by placing a shipping-container-size unit about 36 meters below the seafloor off Scotland’s Orkney Islands.

What was overlooked by this experiment was the heat generated by these data centres is a microcosm of global warming, a source of energy that can be converted to work and can be readily shifted far deeper than 36 meters into the ocean.

The devices that can do this on a global scale are scaled up iterations of the heat pipes used in personal computers, tablets, and phones. And just as the tiny heat pipes in your devices direct heat away from their CPUs, large heat pipes can shift surface into deep water, where it is no longer any kind of environmental threat. And in the process convert a portion of the heat into useful work.

Nicole Hemsoth says in her recent TheRegister article,  It takes an exascale supercomputer to drive carbon capture, “Here on Earth, we bury our problems and simulate our way out of them later.”

And the tech sector, rather than applying its own expertise to the problem, is complicit in this coverup.

In Bill Gates book How to Avoid a Climate Disaster, The Solutions We Have and the Breakthroughs We Need, he grouped the sources of global emissions under five headings and identified the percentage CO2 they contribute as: making things, 31%; power generation, 27%; growing things, 19%; travel, 16% and staying cool and warm, 7%.

To date we have focused on power generation, because it is the easiest of these to decarbonize, but all of them can be decarbonized by filling in the area behind a TG chevron with a green field powered by either hydrogen or electricity produced on the open ocean per the following graphics, which in Figure 1 shows a 1 gigawatt hydrogen plant and a 1 gigawatt greenfield in Figure 2.

These platforms harvest surface heat by passing millions of tonnes of water through their heat exchangers and besides producing power, growing things, proving transportation and heating and cooling, can be adapted to extract a portion of the 50 quadrillion tons of trace elements that are dissolved in solution per the following table. 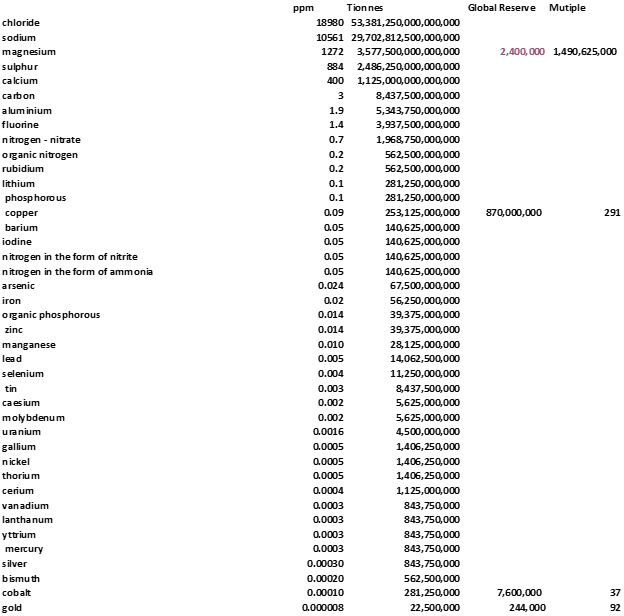 To minimize the need for energy storage, it is better to use as much electricity as possible at the time of generation, which is what TG ocean derived electricity provides. As well as climate mitigation and the cheapest energy extant to service the information and communications sector, to say nothing of the rest of the planet.

Both cool the ocean’s surface, which in turn solve a quarter of the atmospheric CO2  emissions problem.

It is technically feasible to eliminate all the anthropogenically generated atmospheric CO2 load in as little as 7 years. But this would cost $175 trillion  and lead to a rapid release of the heat and  CO2 we have trapped we in the ocean. Which in the latter case is 60 times the atmospheric concentration.

Besides a system’s unavailability to do work, entropy is a measure of the molecular disorder, or randomness, of a system. So, in a system where you have 60 of something on one side of a boundary and 1 on the other. the 60 will tend to migrate into the singularity.

The saying goes you can trap more flies with honey than with vinegar. With the analogy being costly CO2 removal is a bitter pill to swallow, when you can instead be earning vast sums converting the problem into an opportunity.

The US supreme court recently ruled that imposing billions in compliance costs, raising retail electricity prices, requiring the retirement of dozens of coal plants, would eliminate tens of thousands of jobs.

Which is diametrically opposed to the truth and an anathema to true conservative orthodoxy.