Today we offer an expert perspective on subsidizing nuclear power. Here’s the argument for ongoing support by Arthur T. Motta, Professor of Nuclear Engineering at Pennsylvania State University. Courtesy  The Conversation. Tomorrow we will publish the opposing view.

In one of the courses I teach at Penn State, we discuss the characteristics of an ideal electricity production portfolio for the United States and consider what form of energy policy would best achieve it. The class typically identifies the most important factors as cost, reliability of supply, public safety and environmental impact. Students also cite other characteristics, such as national security, domestic availability of fuels and technologies, and electric grid stability.

Because no real-world energy source fulfills all of these characteristics, we have to make compromises to find an optimal combination of energy sources. Ideally a well-designed national energy policy would give us a framework for making these choices by balancing short-term goals, such as cost, against long-term goals, such as environmental protection.

However, there really is no coherent long-term energy policy in the United States. What exists instead is an ad hoc hodgepodge of subsidies, taxes and regulations differing across regions of the country, that, along with the free market, end up determining what energy sources are used for the production of electricity. In particular, we have no carbon tax to penalize carbon-emitting technologies.

As a result, long-term goals are often neglected.

Under this ad hoc approach we currently reward some sources, such as renewables, for providing carbon-free electricity, but not others, such as hydro and nuclear power. In my view this is wrongheaded and inconsistent. The United States would do better by following the example of New York, which recently decided to support nuclear power plants to keep them from closing because of competition from cheap natural gas. 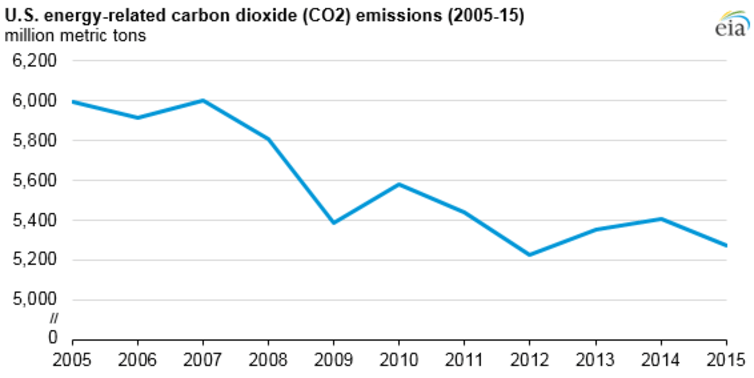 This is very good news for the environment. Also, the low price of natural gas puts money in people’s wallets. However, natural gas is still a carbon-emitting technology and contributes to climate change. Thus, as concerns about climate change have grown, Congress and the states have adopted subsidies and tax credits to expand electricity production from low-carbon and carbon-free renewable fuels in an effort to reduce greenhouse gas emissions.

Such subsidies acknowledge that the monetary cost of energy production – which is now the primary factor in whether an energy source is developed and used – is in fact an imperfect tool for shaping medium- and long-term energy policy.

At a recent Department of Energy summit on improving the economics of U.S. nuclear power plants, speakers noted that, along with cost, factors such as production of carbon-free electricity, reliability, grid stability and diversity of fuel supply should influence decisions about energy supply. But energy sources do not consistently receive credit for helping to attain these goals, and are not consistently penalized if they fail to do so.

The subsidies and tax credits mentioned above are a step in that direction, and have increased development of renewable energy sources. As a result, the percentage of electricity from renewables has significantly increased in recent years, which is great. Solar and wind together currently provide about five percent of U.S. electricity. 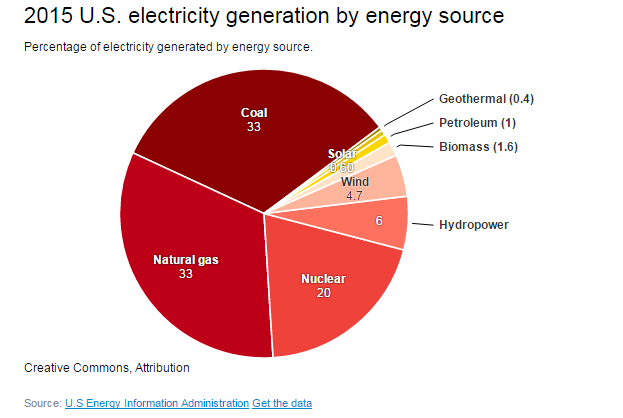 Unfortunately, increasing reliance on renewable energy also has a downside. The intermittency of renewable energy and unavailability of energy storage means that the installed capacity of renewable sources has to be considerably higher than the desired output (by a factor of three or more). In other words, we have to build more than we need, and other energy sources are needed to provide backup when the wind is not blowing or the sun is not shining.

Moreover, at present renewable sources are not economically competitive without subsidies, but they become very competitive with them. With subsidies, wind power is practically free in some markets. This distorts the market because utilities have to produce less energy in cheaper nuclear power plants so they can use subsidized renewable energy. This causes utilities to operate nuclear power plants in an up and down mode rather than their normal baseload operation, making them even less competitive.

However, subsidizing carbon-free sources is justifiable to provide for the future greater good of the country because they provide climate change and clean air benefits. Perversely, however, the U.S. Environmental Protection Agency and most states have declined to consider rewarding the same benefits from existing nuclear power plants.

The main argument for not including existing nuclear power plants – as well as electricity from large hydropower dams – in clean air mandates and subsidies is that contributions from these conventional sources would dwarf new renewable generation, which the federal government wishes to encourage.

According to this twisted logic, environmental benefits from new nuclear power plants do receive proper credit under the Obama administration’s Clean Power Plan. But the plan includes no economic rewards for keeping existing efficient, well-run plants in operation.

This makes no sense.

If these plants are shuttered, their output will be replaced in many cases by natural gas generation, which will increase greenhouse gas emissions, as has occurred after recent nuclear plant closures in Vermont and Wisconsin.

Nuclear power provides other benefits in addition to clean air. Nuclear plants also provide stability to the electrical grid, as their output is constant and reliable. They are available at nearly all times and especially in times of need – for example, during severe winter weather when coal deliveries may be disrupted.

Additionally, nuclear power is a technology-intensive industry in which the United States has traditionally led the world. With each closure of an operating U.S. nuclear power plant, the infrastructure built over the past 50 years – including suppliers, vendors, operators, maintenance and manpower – becomes increasingly imperiled as it serves a dwindling number of plants. If the industry disappears here, it will be very difficult to rebuild as China and Russia becomes world leaders in nuclear technology.

Finally, nuclear power is also one of the rare industries that generates many high-paying jobs for engineers and technicians, as well as blue-collar jobs for plant workers – all of which must be sited in the United States. This is one reason why regulators in New York recently adopted a Clean Energy Standard that will provide significant yearly subsidies through 2029 to keep several existing reactors operating. Other states should consider taking similar steps to recognize the benefits of nuclear power and prevent premature plant closures. This would support their environmental goals.

In sum, there is a case for government intervention to improve the economic competitiveness of nuclear plants and avoid early closures. The nuclear industry does not need handouts, but a coherent U.S. energy policy should provide a level playing field in the electric markets by recognizing the essential contributions that nuclear power plants make toward reducing greenhouse gas emissions, ensuring reliable electricity and preserving grid stability. Failure to act could foreclose the nuclear power option in this country and make the road to clean air and energy independence in the future that much harder.

For a contrasting view, see this article by Peter Bradford of Vermont Law School. Republished with permission from The Conversation, a great source of highly readable viewpoints from academics on a wide range of topics. Recommended.

Twin HTR-PM reactors will drive a single 210 MWe turbine in China’s high-temperature pebble bed reactor. This new reactor could eventually be mostly factory mass-produced. The higher temperature will make it about 45% thermal efficiency...

As of now, 1,477 nuclear fuel element rod bundles have been produced, and nearly 13% of the annual objective has been completed.