Nuclear Industry Must Be Transparent on Uranium Mining, Carbon Output Before New Plants 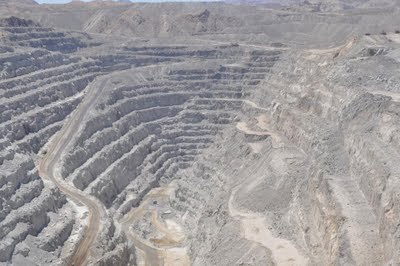 The nuclear industry has to clean up its supply chain, be as ethical, accountable and transparent as possible, and come clean on its true carbon impact, if it is to earn our trust.

The UK is considering supporting the building of a new generation of nuclear plants, and the Treasury’s Carbon Price Support mechanism could result in nuclear companies receiving £1bn of the public’s money via increased electricity bills.

Yet the basis for and consequence of this step are shrouded in mystery due to the opacity of the industry. What we do know, however, based on two reports which I discuss below, leaves significant grounds for concern.

In this piece I will discuss firstly uranium mining and then the greenhouse gas emissions associated with the nuclear power life cycle before asking – if this industry has nothing to hide – why isn’t it more transparent?

The Scourge of Uranium Mining

Uranium mining around the world has increased greatly in the recent years. In particular, many African countries have been receiving much attention from the mining industry: in Niger, Mauritania, Zambia, Malawi, Gabon, Tanzania, South Africa, Namibia, the Central African Republic, and elsewhere, uranium exploration and/or exploitation projects are currently in development.

These and other countries in the developing world are keen to deal with the multinational mining companies because of their desire for economic development. In turn, the lack of strict mining and environmental laws, and the very limited regulatory and enforcement regimes present there are all factors that help to make these countries more attractive to the mining companies.

A new report – Uranium from Africa. Mitigation of uranium mining impacts on society and environment by industry and governments, by the Dutch research organisations WISE and SOMO – compares today’s practices in the mining sector in Africa, with those carried out in Australia and Canada, although even there – despite good laws, a strong judicial system, powerful NGOs, and democratic governments – uranium mining practices still threaten indigenous societies and natural protected areas in Canada and Australia.

Specifically, it examines mines in only three countries, taking them to be representative of the rest: Namibia, South Africa and the Central African Republic.

The companies involved in these mines include Rio Tinto, Paladin, Areva – which has interests in building new plants in the UK – First Uranium, and AngloGold Ashanti.

The survey found the following catalogue of failures:

While some companies are developing serious corporate social and environmental responsibilities programmes, others seem not to ignore these issues completely, or simply make a slight effort to greenwash their operations.

The African governments and institutions all seem to be lacking the necessary knowledge and resources to govern issues as hazardous as uranium mining.

Alarming reports from NGOs, international and national, in all the African states the researchers visited, showed that mitigation of uranium mining impacts is insufficient.

They saw no evidence that tailings will be rehabilitated in such a way that their enduring polluting effects, which last for tens of thousands of years, will not occur.

Namibia, after decades of mining, lacks proper laws, and fails to protect its people and environment.

South Africa’s National Nuclear Regulator, which is supposed to issue licenses and is responsible for radiation control as an additional task, is, the researchers found, too small, too ineffective, and has too many tasks to be a reliable institution for radiation control.

The Central African Republic – unstable, unequipped, undeveloped – tells its population not to worry, but was unable to provide evidence of being in control of the consequences of uranium mining, and in many cases mitigation measures do not even exist.

It is because it is cheaper and easier to mine in a situation like this, that companies which supply uranium to developed countries choose these developing countries in which to operate.

Lack of information, transparency and accountability prevail throughout the industry. These are crucial factors that prevent a population in a country from properly profiting from their natural resources.

There is even evidence of alleged corruption in some instances, although this cannot always be proven because of the complete lack of transparency.

Dealing with a type of mining so hazardous, and with very specific and extremely long-term effects, requires at the least excellent laws, excellent law enforcement, disciplined, knowledgeable and dedicated governments and institutions, a strong civil society, and a healthy civil society. All of these factors are lacking in all three African countries.

AREVA, though, is still highly centralised and is giving little attention to local issues such as stakeholder communication and public participation.

It seemed to be only lightly engaged in mitigation measures, which seems surprising for a large nuclear energy company partly owned by the French government.

The other companies perform very poorly.

Even in Canada and Australia there is insufficient research to find out whether individual deaths can be attributed to having worked in a uranium mine. Hardly any work has been done in this area. This means that governments and mining companies can deny responsibility with little difficulty.

In the UK, much of our uranium actually originates in Kazakhstan. On March 23 this year, the BBC Radio 4 programme Costing the Earth visited a mine in that country, where it also found the environmental regulations to be almost non-existent, so that the government could reap foreign exchange at minimal financial cost in maintaining environmental safety and the health of its workers and those living near the mines.

Would any of this be tolerated if uranium mining was happening in this country? And shouldn’t we be be legislating to make our own industry behave as if it were?

If we compare this behaviour to the degree of environmental care and public consultation demanded of, say, a power plant or mining operation in the UK, we can see that it is only because it is kept out of our sight that we are led to tolerate it.

Apart from the moral argument that it is our duty to look after other human beings who produce resources that make our lives comfortable, and the environment which sustains them, there is an economic argument for improving performance in the uranium supply chain.

In Germany and South Africa the cost of rehabilitating polluted areas is high. In Australia such attempts have failed. Mining companies will, if pressed, only foot the bill for a few decades of rehabilitation and monitoring at most. Yet the damage can last for hundreds of thousands of years.

Companies involved in nuclear power in this country must be made to publish in their annual reports the origins of the fuels which they use in their power stations, so that the public – not to mention shareholders – can hold them to account and be sure that they are taking their responsibilities seriously.

The Carbon Impact of Nuclear Power

The main argument behind the nuclear renaissance is that nuclear power is low carbon.If this were so, you would expect there to be comprehensive data to back up this claim. Unfortunately, this, too, seems to be lacking.

There is but one reliable study which has examined all of the existing studies on the life-cycle carbon impact of nuclear power stations. This is a paper from August 2008 by B.K. Sovacool, Valuing the greenhouse gas emissions for nuclear power: A critical survey, published in Energy Policy, Volume 36, Issue 8, pp. 2950-2963.

It shows that compared to the renewable energy sources, nuclear electricity generation performs worse in terms of carbon emissions (see table below).

Sovacool examined 103 lifecycle studies, but found that 81% had methodological shortcomings.

Of the remaining 19% of studies that were relatively up to date, accessible, and methodologically explicit, they varied greatly in their comprehensiveness, and so are not comparable.

Studies differed in whether they assessed future emissions for a few individual reactors or past emissions for the global nuclear fleet; assumed existing technologies or those under development; and presumed whether the electricity needed for mining and enrichment came from fossil fuels, other nuclear plants, renewable energy technologies, or a combination thereof.

The results varied from a ludicrously low 1.36gCO2e/kWh to a high 255gCO2e/kWh. Sovacool therefore takes a mean value – 66gCO2e/kWh – purely arbitrarily, for the sake of comparison with other technologies. I attach this comparison table at the end for reference – it is very interesting.

Socacool found that there is no identifiable industry standard which provides guidance for utilities and companies operating nuclear facilities about how to report their carbon-equivalent emissions.

Most studies, he found, obscure the complexity and variation inherent in the greenhouse gas emissions associated with the nuclear lifecycle rather than explaining it. This is especially true of those on both sides of the nuclear debate attempting to make nuclear energy look cleaner – or dirtier – than it really is.

My conclusion is the same as Sovacool’s: that regulators, utilities, and operators must develop formal standardisation and reporting criteria for the greenhouse gas emissions associated with nuclear lifecycles similar to those already in existence – that provide general guidance for environmental management and lifecycle assessment, such as ISO 14040 and 14044 – but adapted exclusively to the nuclear industry.

These are just two examples of abysmal corporate behaviour. I have not even touched upon the poor track record of the actual cost of nuclear plants – whether construction only, or lifetime – being radically underestimated beforehand.

We are about to embark on a huge gamble by investing billions in the construction of new nuclear power stations.

Surely it is crucial, before we do so, to make sure that such a vital decision is based on truly objective and reliable information, and that we have in place effective monitoring to determine that the expected benefits actually occur, with minimal cost to society, to the environment and to human health?
_____

Below: a comparison of emissions from various electricity generators, from Sovacool (2008). Please note that this table is based on the mean calculated emissions from 19 studies on greenhouse gas emissions from nuclear plants.