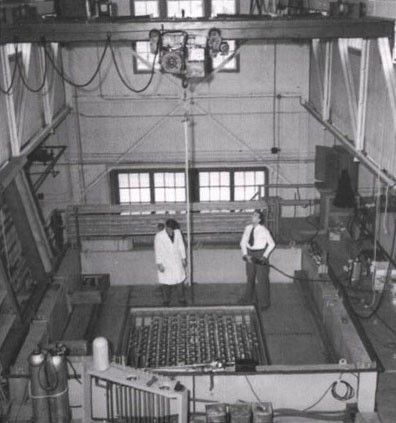 At the Canadian Nuclear Association conference on February 27, the Honourable Seamus O’Regan, Canada’s Minister of Natural Resources, made the Canadian position on the role of nuclear power to combat climate change crystal clear.  “As the world tackles a changing climate, nuclear power is poised to provide the next wave of clean, affordable, safe and reliable power ……. Why? Because it can provide almost immeasurable amounts of energy with zero CO2 emissions. Zero.”

Absolute clarity when so many others continue to struggle.  In January we wrote about the ongoing battle in Europe to recognize nuclear as a clean energy source, specifically as part of the EU taxonomy that would determine what technologies quality for clean energy and sustainable finance.  France, Europe’s largest user of nuclear power just closed the first unit at Fessenheim in February, with the second slated to close in June, even when they are still operable as part of a policy to reduce nuclear dependence.  In the US, plants like Diablo Canyon in California and Indian Point in New York, are slated for early closure in the coming years, again for purely policy reasons.  The result of these early closures is always the same, increased carbon emissions.

But here in Canada, where the most populous province, Ontario, generates over 60% of its electricity with nuclear, support is strong.  Canada has many challenges in meeting its Paris climate targets, and this government has gone further, suggesting it wishes to be carbon net-zero by 2050.  It knows the only way to achieve this goal is to deploy all low carbon options available to it, and that includes nuclear power.

Of course, Canada is no stranger to nuclear power having played an important role in the global nuclear sector since its inception.    The first sustained criticality in a nuclear reactor outside of the United States occurred at Chalk River in 1945 at the Zero Energy Experimental Reactor (ZEEP).  Canada’s Chalk River Laboratories has been at the forefront of nuclear research and development (R&D) and innovation ever since.

Canada was one of the few countries to develop its own nuclear technology, the CANDU reactor, the only non-light-water reactor to gain international recognition and be exported from its home country to a range of countries around the globe. Today there are 19 operating CANDU reactors at home (accounting for approximately 16% of the national electricity mix, and more than 60% in the province of Ontario) and operating CANDU reactors in Argentina, Romania, India, Pakistan, Korea and China.

In addition to nuclear technology, Canada has been blessed with the world’s richest uranium resource, in the Athabasca basin in Saskatchewan.  Canada is the second largest producer of uranium in the world after Kazakhstan and is host to one of the world’s leading uranium production companies, Cameco.

And Canada is not resting on its past glory.  Today, the nuclear industry in Canada is vibrant and growing, primarily based on the decision in Ontario in 2015 to approve refurbishment (life extension) of the 4 nuclear units at Darlington and the remaining 6 units at Bruce (the first two units were already refurbished).  This $26 Billion 15-year program is one of the largest clean energy projects in North America.  The first unit at Darlington, Unit 2, started its refurbishment outage in October of 2016.  The work on this unit is almost complete and the unit is expected to come back online in the coming months while remaining on budget.  The first Bruce unit to undergo refurbishment is Unit 6, which just recently started its outage in January.

This refurbishment work is re-energizing the Canadian nuclear industry.  With more than 90% of the work coming from Canadian companies, quality programs are being upgraded, new younger workers are being trained, project management skills are being enhanced, and new fabrication equipment is being purchased.  This includes a commitment to increasing gender equality and being more inclusive of indigenous peoples.

But that’s not all.  In 2018, Canada issued its SMR Roadmap, a plan for the future looking to new Small Modular Reactors (SMRs) as the next phase in nuclear technological development.  Work is ongoing with the 3 Premiers of the provinces of Ontario, Saskatchewan and New Brunswick signing a Memorandum of Understanding (MOU) December 1, 2019 agreeing to work co-operatively to advance the development and deployment of SMRs with regards to addressing climate change, regional energy demand, economic development and research and innovation opportunities.

Government representatives from these 3 provinces (Honourable Greg Rickford, Ontario Minister of Energy, Northern Development and Mines, Honourable Dustin Duncan, Saskatchewan Minister of Environment, and Bill Breckenridge, Assistant Deputy Minister, Natural Resources and Energy Development, New Brunswick) sat on a panel at the CNA conference to discuss how they are going to collaborate to make this a reality.  The provinces and the Canadian federal government do not always see eye to eye but on this issue, there is unanimity.

Or as stated by Minister O’Regan, “This is nuclear’s moment. This is your moment. To shape the next wave of nuclear technology. And move to the frontlines in the battle against climate change and the plan to get Canada to net zero by 2050.”

The debate is over.  Now is the time to act.  After all, saving the planet is hard work, but with nuclear power as part of the solution, we are definitely up to the task.