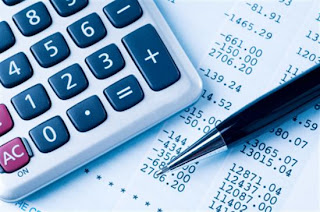 NRC Chairman Gregory Jaczko sat down with reporters from the mainstream media and the major wire services this week to discuss his agency’s budget. He got lots of ink from it, metaphorically speaking, as the New York Times, Wall Street Journal, Bloomberg and Associated Press wires all covered it.

There is just one problem with the pitch to the media. While they write the news, they don’t write the appropriation language in Congress starting in the Republican led House who have had, metaphorically speaking, a facsimile of his hide tacked up on a dartboard.

Critics of the highly visible NRC chairman point out he made himself a target being a former aide to Rep. Ed Markey (D-Mass.) who’s over-the-top anti-nuclear advocacy has a self-inflated importance that competes with the skyline hugging profile of Mt. Rushmore.

For example, in the middle of the revisions of the design certification of the Westinghouse AP1000, last May Jaczko went public with his complaints about it in an unprecedented press release.  Since then the reactor vendor appears to have addressed all the agency’s objections.  It expects the NRC to issue the Final Rule before the end of 2011.  (U.S. NRC blog August 11, 2011)

Then last October he said in a speech at the National Press Club he was in “sympathy” with a contention filed by two dozen anti-nuclear groups to stop all NRC licensing activities, both new and renewals, until the agency had completed all its changes to regulatory requirements based on the Fukushima events, a process that could take years.  That may have been the idea, but reason prevailed and the NRC rejected the contention.

What’s the hubub about the budget?

Jaczko told the news media this week that the NRC may slow down renewals of licenses for existing reactors though he also said that none would be forced to close as a result of this action. Instead, he said it would take longer for the regulatory agency to process the paperwork.

That’s a bit of a stretch since Entergy’s Indian Point has two reactors up for license renewal in 2013 and 2015 respectively.   New York Governor Andrew Cuomo actually might be happy about the possibility of a delay since he does better at funding raising from green groups when he has Indian Point to thump on the stump.  What would he do if the NRC was actually efficient and got the licenses out on time?

There are 10 reactors with their licenses under review and another dozen which will come in between 2012 and 2017.  Most of the nation’s nuclear fleet have been relicensed including two of the oldest plants – Exelon’s Oyster Creek in New Jersey and Entergy’s Vermont Yankee.

And it is expensive paperwork.  Agency engineers bill the nations nuclear utilities $273/hr for the privilege of having their applications reviewed for safety compliance.

More than 90% of the NRC’s, or about $900 million, comes from industry fees not taxpayers. While the nuclear industry pays fees for regulatory reviews, only Congress can appropriate money for operations.  The payments from utilities go to the U.S. Treasury.

If utilities want their licenses on time, why, if they are paying for them, is the agency slowing things down? According to the NRC, there are 14 reactors with pending license renewals.  But Jaczko told the reporters at his round table event he has other priorities including implementing new regulatory requirements recommended by an NRC task force last July.

Another priority Jackzo plans to focus on is to tighten scrutiny of nuclear reactors with safety performance problems such as Browns Ferry which got a rare “red” safety notice for failing to detect a long standing equipment problem in its emergency cooling system.

Jaczko is also planning to pay more attention to First Energy’s Perry plant in northeast Ohio which almost exposed four contract workers to a blast of radiation.  It is called a “near miss” and is as serious as an actual accident.  Then there is the luckless Ft. Calhoun power station on the Missouri River near Omaha, Neb., which is still closed following the flooding along the river last summer.

Jaczko is quick to point out he’s not calling out a decline in safety performance among the nation’s reactors, but he does warn about “complacency” and plans to work to overcome it.

The budget by the numbers 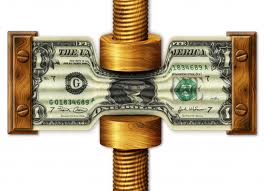 In a briefing document released to the media, the NRC said it is working in 2012 with about $29 million less than what it got in 2010.  Of the $29 million decrease, $20 million, or about two-thirds of the decrease, comes from licensing activities.

This shifting of resources takes place inside a budget that is being reduced, measured in constant dollars, from $1.07 billion in 2010 to $977 million in 2012.

Separately, the agency will spend $12.5 million more on oversight of construction of new Westinghouse AP1000 reactors at Southern’s Vogtle site in Georgia, Scana’s V.C. Summer Station in South Carolina, and two reactors being completed by TVA – Watts Bar in Tennessee and Bellefonte on Alabama.

When asked by reporters about Jaczko’s briefing, the nuclear industry appears to have taken the high road.  According to the Associated Press report, as published in the Washington Post, Tony Peitrangelo at NEI said his group “is in broad agreement” with the NRC on its response to Fukushima.  He said nuclear utilities are ready to adopt short-term measures including more equipment to deal with prolonged loss of off-site power.

Yucca not a pressing issue

Jaczko has been a target of House Republicans because he ended the NRC’s review of the license application for the Yucca Mountain geologic repository  He said that he feels spent fuel can be safely stored at reactors in wet and eventually dry storage for up to 100 years.  That doesn’t thrill the utilities who have multiple lawsuits against the federal government for having taken the money to build Yucca Mountain and then left them holding the spent fuel.

As many of his critics quickly point out, Jaczko is also a former aide to Senate Majority Leader Harry Reid (D-Nev.) who has done everything in his power to insure that Yucca Mountain never opens.  In a nod to Reid’s influence over the President’s legislative agenda, the White House appointed a so-called Blue Ribbon Commission to look at alternatives for dealing with spent fuel.  Some wags call it the “do nothing until after 2012 commission” which apparently is also the strategy the election bound president has taken with a proposed oil pipeline from Canada to Texas.

The formula appears to be one which has House Republicans fuming.  Jaczko is doing what Sen. Reid wants him to do, and as long as Reid is happy, and is carrying legislative water buckets for the President in Congress, the White House could care less what else Jaczko does at the NRC. So while the House can put language in the appropriation bill reflecting their annoyances, it is likely to come out on the Senate side and disappear in conference committee. The good news is that in an election year the odds are in favor of Congress actually producing appropriation bills.

What to do about the NRC Chief’s sleight of hand? 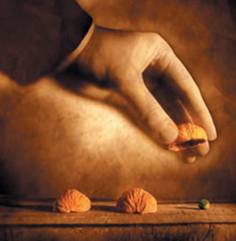 My friend and fellow nuclear blogger Rod Adams thinks the House Appropriations Committee ought to hold Jaczko’s feet to the fire and write specific language telling him how to spend the agency’s money. That’s a good start, but there is more Congress can do.

If Congress is serious about energy policy it will fund the NRC in a way that promotes safety through licensing and oversight and add money to the agency to cover Fukushima-related recommendations.  Robbing money from the utility fee pool to pay for regulatory improvements isn’t going to make anyone happy and it will have an overall corrosive effect on the agency’s effectiveness and credibility.

As long as we’re adding to a wish list, I would also ask Congress to change the reimbursement requirement for small modular reactors, e.g., those with less than 300 MW in electrical generating capability.  If this nation is going to be competitive on a global scale, we have to do more to get innovative technology out the door and not keep it bottled up inside the DC beltway.