Meltdowns in Japan drive an ambitious agenda in the U.S. 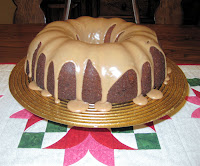 The U.S. Nuclear Regulatory Commission (NRC) has released a “Near Term Report” ( full text ) this week that calls for a wide range of safety improvements for the U.S. fleet of 104 nuclear reactors.

The report ominously calls for “redefining the level of protection that is regarded as adequate.” If that’s the case, just exactly what has the agency been doing up to now? This is not gratuitous skepticism. If a federal regulatory agency calls for moving the goal posts, it’s time to take a close look at its reasons for doing so.

Yet at the same time the NRC calls for change, it acknowledges that the information it has on what happened at Fukushima is “unavailable, unreliable, or ambiguous because of damage to equipment at the site.” In short, the report is vulnerable to criticism that it appears to be a case of shoot first and ask questions afterwards.

The 90 page report was written in response to the earthquake and tsunami of March 11 which resulted in partial or complete meltdowns of three reactors and the destruction of the infrastructure supporting six reactors at Fukushima, Japan.

Two key areas stand out in the report. The first is the question of how nuclear utilities will deal with multiple reactors impacted by the same natural disaster and second how to address “station blackout” when both internal and external electrical power is lost. It is clear from the experience at Fukushima that four-to-eight hours of battery power and a few days of diesel generator emergency power are not good enough. See also Reuters Fact Box list of subjects covered in the NRC report.

There are lots of reasons why the 40-year old Japanese reactors would never be built in the current era. The report takes pains to point out there is “no imminent risk” for U.S. nuclear reactors. The NRC needs to take care that it doesn’t over-react to problems in Japan that don’t affect the U.S. fleet.