The action by the federal agency will allow the firm to ink the final term sheet of its $2 billion federal loan guarantee with the U.S. Department of Energy.

Some work on the site some 18 miles west of Idaho Falls will likely begin before the snow flies on the Arco desert. The project is expected to enter revenue service by 2014.

“The license for the Eagle Rock Enrichment Facility authorizes AES to enrich uranium up to 5 percent by weight in the fissile isotope U-235 for use in the manufacture of nuclear fuel for commercial nuclear power reactors. AES plans to begin construction in 2012.”

A Safety Evaluation Report (NUREG-1951) was published in September 2010, with the staff’s conclusion that the proposed facility complies with NRC regulations and would not pose an undue risk to the health and safety of workers or the public. 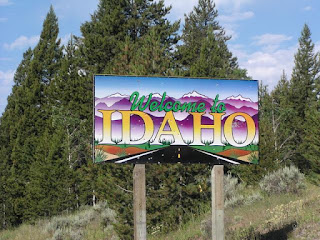 An Environmental Impact Statement (NUREG-1945) was published in February 2011, with the determination that there would be no significant environmental impacts that would preclude licensing of the facility.

A three-judge Atomic Safety and Licensing Board conducted a hearing on the application, with evidentiary sessions on the safety review in January 2011 and on the environmental review in July. The ASLB issued its decision authorizing the staff to issue the license Oct. 7.

There will be cheers in Idaho Falls tonight.