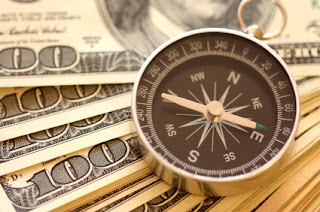 The Chinese firm is said to be in talks with Toshiba, which owns Westinghouse, to come up with $10 billion for the first two reactors and up to $60 billion for completing several multi-reactor power stations in the UK.

The Westinghouse 1100 MW AP1000 has passed all but the final regulatory hurdle in the UK general design assessment.  The firm is currently building four AP1000s in China and transferring the technology to China for domestic use and for export.

Russian firm Rosatom is also said to be investigating entering the UK nuclear market by offering its 1200 MW VVER design for the Wylfa site.  That would take some doing since it has not been vetted by the UK nuclear safety authorities.

Rosatom is involved in building more than a dozen reactors globally including India, Vietnam, and China.  The China Daily reported April 29 Russia will build two more reactors at the Tianwan site once China lifts its ban on start of new projects. The Russians will supply 1,000 MW VVERs.

UK government authorities expressed security concerns about the possibility of Chinese and Russian investments in the nation’s energy grid.  However, a source at Whitehall told the BBC April 11 that the government is open for business from new investors.

Last month the two German utilities slated to build Westinghouse 1100 MW AP1000 reactors at several sites in the U.K. backed out citing a lack cash to cover the enormous costs of the projects. The reason they ran out of cash is that the German government back home shut down eight of 17 nuclear reactors which reduced revenue by about 50% compared to a year ago.  See this blog for March 29 “German Utilities Retreat from UK New Build“.

(NucNet) A House of Commons committee is nervous about the nation’s energy security future.  To that end it plans to hold hearings whether the 2019 target date for the first of a new generation of reactors can be met.

The energy and climate change committee, which will hear evidence nex month, will focus its  investigation on the feasibility of delivering on the UK’s nuclear timetable.

Testimony will come from Volker Beckers, CEO of RWE; Tony Cocker, CEO of EON UK; and Charles Hendry, minister of state for energy and climate change.

In a statement the committee said: “The committee is aware of the significance of the electricity market reform process in determining the viability of investment in new nuclear power stations and does not intend to focus on this aspect in this inquiry.”

The issue the committee is referring to is whether the UK government will guarantee electricity rates for the new reactors to make them financially feasible for investors.  The Financial Times reported April 20 that Centrica, which is slated to build new nuclear reactors at Hinkley Point with EDF says it will pull out if the government does not give assurances about the future price of nuclear generated electricity.

According to the Financial Times for April 23, Tim Yeo, chairman of the energy select committee, said it was ominous that no buyer had come forward to purchase Horizon.

He also warned he was “very alarmed” by the threat of withdrawal from Centrica, which is planning a new nuclear plant at Hinkley Point in Somerset in a joint venture with EDF Energy.

The energy security issue for the UK is that all but one of the existing nuclear plants are scheduled to close within the next 11 years if their lifetimes are not extended.

The government’s timeline for the first of a new generation of nuclear power plants is for it to be built by 2019. Industry had set out plans to develop up to 16 GWe in the UK by 2025

This outcome may now be in question following RWE and E.ON’s recent decision to withdraw from new nuclear investment.  The committee also called for testimony addressing questions such as which factors contribute to investment decisions in new nuclear, what lessons can be learned from new build in France and Finland, and what have been the political and policy impacts of the Fukushima-Daiichi accident.