New study shows multiple, ruinous impacts of Climate Change on global GDP, country by country – some within a generation

By 2100, two thirds of all US GDP growth scenarios are predicted to have collapsed or be in the process of collapse. For China, all scenarios grow.

A new parametric study, by my colleague Richard H. Clarke, Director (Research) at Predict Ability Ltd, covers over 120 countries, producing 250 scenarios per country. The study’s input parameters are shown in Table 1 below.

The outcomes for two major economies, the United States and China, are illustrated in Figure 1 and Table 2 below. 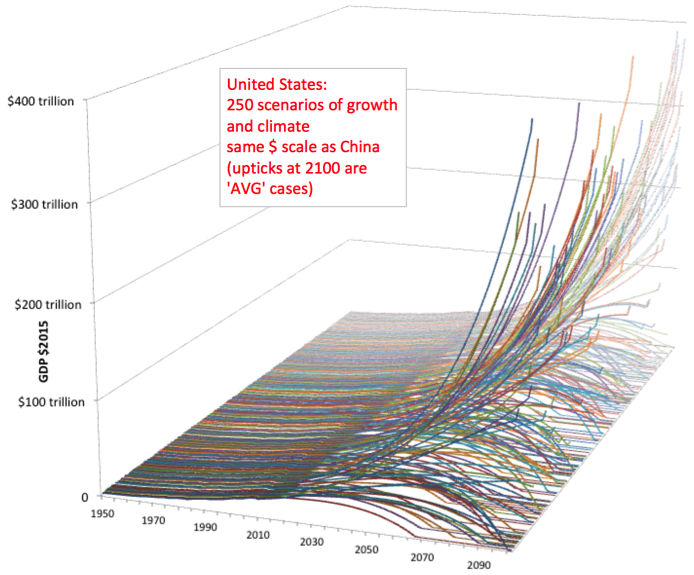 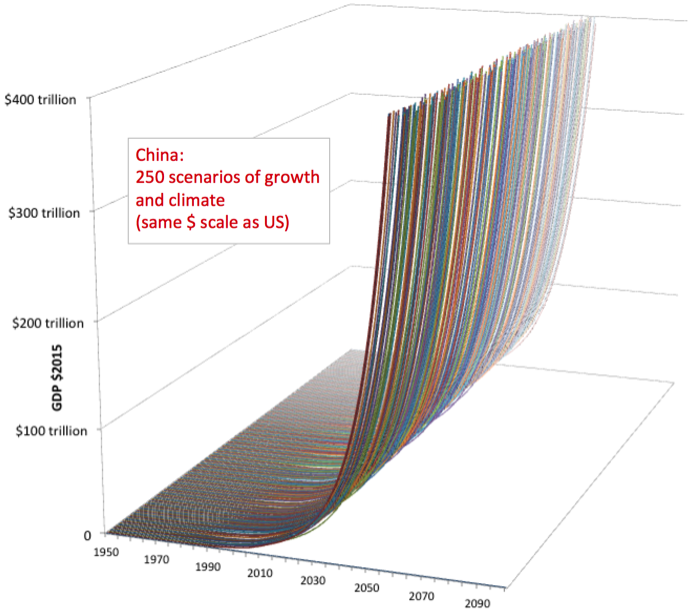 Figure 1 US and China - a tale of two economies, each with extreme climate risk

What the study highlights clearly are the counter-balancing dangers of low growth, which triggers GDP collapse, versus high growth, which fuels climate-change.

As shown in the growth projection curves in Figure 1, to the left of 2017 are back-calculated scenarios, complete with the 2008 crash ripple for the US – note that China had no such ripple. From 2017 on, only 36% of scenarios for the United States show long-term growth. By 2100, 64% will either have crashed (horizontal lines on floor), or be in the process of crashing. If China continues on its current growth path none of the scenarios crashes but emissions will grow inexorably.

Table 2 For global GDP to survive requires both China and the United States to balance growth ambitions with the destructive effects of climate change. 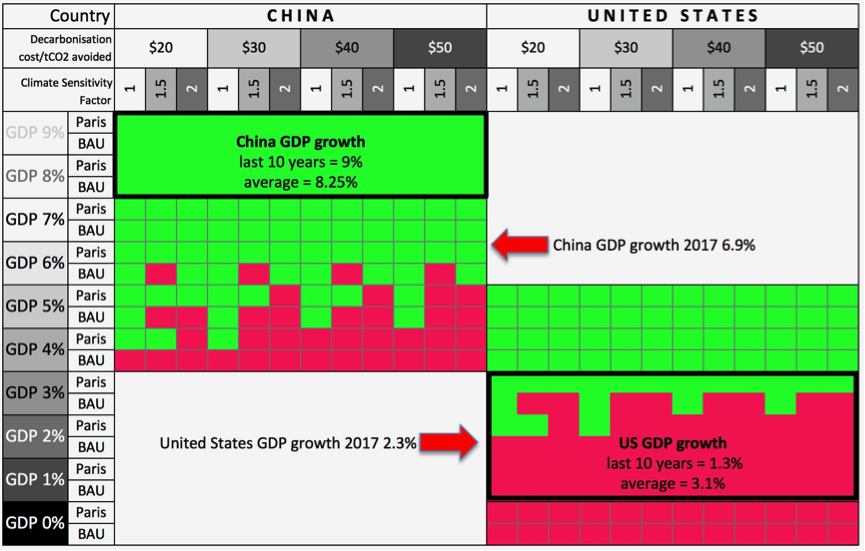 The survival of other major economies critically depends on China and the US achieving and maintaining strong, yet carefully balanced growth. The incremental growth in Table 2 above conveys a stark message. For all countries, BAU is truly a bad option or, as one of our senior reinsurance industry advisors put it: “If this modelling is even half-right, it is a wakeup call for all major economies.”

I'm left wondering what assumptions were made about the degree of decoupling of economic growth from GHG emissions, i.e., a greener economy. This would change the impacts and is the challenge that needs to be addressed.

Yes, Richard, a greener global economy is desired which is why we have Paris (2C) as one scenario, the other being BAU (Business As Usual). What comes out of the study is how vulnerable both the US and China economies are if GDP growth is low. As shown in Table 2, China must do better than its present (2017) 6.9% so as not to sink into the hazardous BAU zone in the table. Similarly, the US must do much, much better than its present (2017) 2.3%. We think the US and China must do a deal to balance the conflicting needs between growth and climate change abatement. Swap any trade war for both countries agreeing to Paris?