My friends at EnerChemTek , a Toronto-based consulting company, recently brought to my attention a te...

Audra commented on ...
On Demand - Can Integrating Design, Construction and Grid Data Make a Digital Twin a Reality? [An Energy Central PowerSession]

Danny - this was a great session! Community stay tuned for post-session Q&A coming to the community over the weekend :) 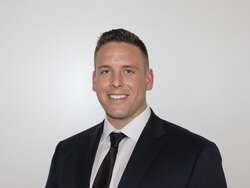 I especially enjoy the conversation on AI for operations with hardware intelligent enough to "learn" and respond to new data on its own.

Danny commented on ...
On Demand - Can Integrating Design, Construction and Grid Data Make a Digital Twin a Reality? [An Energy Central PowerSession]

I wanted to send out thanks to the panelists for yesterday's PowerSession.  Thank you Dennis, Geoff and Randy for providing engaging content and...