Natural Gas Heavy Duty Trucking Fleet Could Benefit US Economy, but Not Climate

The decision by the Organization of Petroleum Exporting Countries’ (OPEC) decision to favor a market-share approach rather than defend prices – and the subsequent fall in oil prices– has prompted a drop in drilling activity in the United States and layoffs in the oil and gas sector.

While the U.S. economy benefits from falling oil and gas prices overall, policy makers might want to consider ways to shield the benefits of a healthy U.S. domestic natural gas sector from the negative fallout from the OPEC price war.

One way to help U.S. natural gas producers beat OPEC would be to nurture natural gas as a fuel for the U.S. heavy-duty trucking fleet. While launching a national network for liquefied natural gas (LNG) fueled trucks might be difficult and expensive, an initial small-scale natural gas transportation network for heavy trucking could be launched in U.S. regions situated near high-volume travel corridors, according to a new UC Davis-Rice University study. Our research shows that California, the Great Lakes and mid-Atlantic areas as places that are well-positioned to launch a small, initial natural gas transportation network for heavy trucking due to their proximity to high-volume travel corridors.

With the so-called “shale revolution,” the recent emergence of natural gas as an abundant, inexpensive fuel in the United States has raised the possibility of a larger shift in the level of natural gas used in transportation. The study examines the economic and environmental viability of such a shift, and whether it could enable a transition to lower carbon transport fuels.

A shift to natural gas in transportation could provide several advantages. The shift could potentially lower the cost of national freight supply chains, which could enhance global U.S. competitiveness by lowering domestic fuel costs for long-distance trucking in the United States. It would also improve energy security and weather-event resiliency by diversifying the geographic fuel supply. A shift to natural gas in the freight sector provides key energy diversification benefits to the nation. It brings the transportation sector in line with America’s power sector—where electricity providers can choose between a half a dozen fuels other than oil. The result is more flexibility, increased price competition and greater security of supplies. On the power sector side, supply and price competition from natural gas and other diverse fuels have benefited the U.S. economy and average Americans resulting in lower electricity prices and increased global competitiveness, according to studies by the Congressional Research Service and other think tanks. The shift to natural gas from coal has also contributed to a 10% drop in U.S. greenhouse gas emissions between 2005 and 2012. Similar benefits could come from a greater diversity of fuel choices in the transportation sector.

Greater geographical diversity of domestic energy supply sources is a key benefit coming from the shale oil and gas boom and thus could similarly be transferred into the transportation sector by adoption of natural gas as a heavy-duty vehicle fuel. Shale gas geologic formations are distributed across the country with natural gas production disseminating from onshore shale gas abundance not only in the U.S. Southwest, but also in the U.S. Northeast, Midwest and North Dakota, according to the UC Davis-Rice University analysis. This broad geographic distribution across the country helps shore up supply resiliency. In contrast, imported oil and traditional U.S. domestic oil reservoirs and oil refining infrastructure are heavily concentrated in the Gulf of Mexico and interruptible by severe storms. Shale gas is, in fact, ushering in a changed paradigm where consuming countries like the United States will increasingly be able to source their supply at home, lowering geopolitical and weather and climate change-related risks and enhancing economic benefits.

However, for LNG to have an environmental advantage for reducing greenhouse gas emissions in the heavy duty freight sector would take significant policy intervention, the study concludes.

Stricter efficiency standards for natural gas heavy-duty trucks and stronger regulations of methane leakage along the natural gas supply chain would be necessary for natural gas to be an option to reduce greenhouse gas emissions from heavy duty trucking. Since it takes more natural gas than diesel fuel to go the same distance, best in class technology for natural gas trucks would be needed to garner the benefit of LNG as a low carbon fuel, a goal for California where natural gas trucking is showing the most commercial promise. The more cost-effective, less efficient, spark-ignition (SI) engine technology has lower levels of climate performance than other more fuel efficient natural gas and diesel models. The Obama Administration is moving forward with stricter limitations on methane leakage from wellhead operations in the U.S. oil industry, and is considering new regulations for distribution systems. However, such measures would need to be combined with cost reductions and greater deployment of the High Pressure Direct Injection (HPDI) engine for LNG fuel to offer carbon reductions compared to advanced technology, efficient diesel fuel heavy vehicles, according to climate modeling. 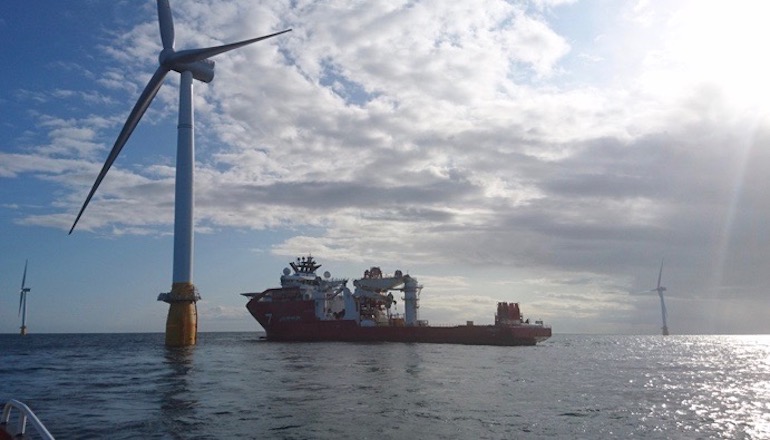