On paper, a carbon border tax is the perfect mechanism for coercing trade partners to reduce their emissions and, potentially, delver a global deal on carbon pricing – the Holy Grail of COP26. In reality, world leaders are unlikely to agree on rules for a global carbon market, meaning border taxes will be introduced unilaterally. These will punish exporting countries that do not decarbonise their energy-intensive products, even if development finance promised to help them transition fails to materialise.

Will a carbon trade war help or hinder the energy transition?

Seb, adding a tax to things people want - income, purchases, gasoline, etc. - is hard enough. Adding a tax to carbon, something few want or need, is a mission doomed to failure. That's probably why the oil and coal industries find them so attractive - they seem so full of potential. But even when enacted (rare), there are unlimited ways to circumvent them.

There is exactly one carbon tax that has proven successful at lowering carbon emissions: the revenue-neutral carbon tax, also known as fee-and-dividend. Here's how it works:

1) A low tax is levied on all hydrocarbon-based fuels entering a jurisdiction: gasoline, oil, coal, kerosene, etc., whether at the border, the wellhead, or the mineshaft.
2) Each month, after deduction of administrative costs, the entire collected sum is divided into equal parts and distributed to every taxpayer in the jurisdiction.
3) Gradually the tax is raised.

Though everyone pays more for fuels that emit carbon, everyone gets a check, whether they've used hydrocarbon fuels or not. If you use less than the average person uses, you actually make money. If you use more than the average, you pay. In this way everyone is either rewarded or punished in exact proportion to the amount of carbon they use.

In British Columbia, this "carrot/stick" approach has reduced gasoline consumption by more than 20%, and remains overwhelmingly popular. Because it's so successful, however, fossil-fuel interests have lobbied heavily against it. That, of course, was expected.

Thanks Bob, I was not aware that BC had a fee-and-dividend mechanism in operation. I’ll look into it

Top Ten Resolutions for Utility Executives in 2022: Addressing Major Issues Impacting Utilities for the Coming Year and Decade Ahead
What is your opinion on using hydrogen as a power storage mechanism for renewable resources?
Paybacks from UK renewables could cut £27 from bills by end of winter | Energy industry | The Guardian
Nuclear power is the solution to our energy problems

Matt commented on ...
My College Thesis Was Right About Russia and Natural Gas
So, as the latest conflict between Russia and the West unfolds, it would behoove the West to keep in mind what my thesis concluded many years... 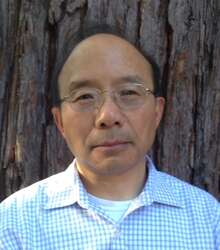 Bob commented on ...
Smart charging should be integral part of a national EV charging network
"Smart charging — that is, charging at low-cost, beneficial times — can come in a variety of forms."

Bob commented on ...
Air Liquide to explore low-carbon hydrogen deployment in Indonesia with Pertamina
Pertamina, one of the largest exporters of LNG in the world, is interested in green hydrogen? That's a laugh!