Microgrids Will Disrupt the Energy Industry of the Near Future There is no longer any room for doubt — our climate is changing and it’s largely our fault. Thankfully, the sciences have done what they do best and provided us with several short- and long-term measures to help us stop and eventually reverse the trend of ever-higher average temperatures across the globe.

The microgrid is almost certainly one of the most exciting and revolutionary examples of climate-fortifying technology. It could, if we get serious about it, help us meet the two-degree temperature rise benchmark scientists recommend for staving off planetary-scale disaster. These are the stakes.

What Are Microgrids and Why Have They Become Necessary?

Industrial technologists and climate scientists have found a consensus on one of the first steps required to prevent catastrophic changes across our planet brought on by our overreliance on fossil fuels — hook everything up to the electric grid.

Does it sound deceptively simple? It’s nearly as straightforward as it sounds. Consider the energy needs of the average family home. It already requires electricity to power the refrigerator, the lights and many other appliances. It might have a natural gas hookup for a fireplace insert or a propane tank outside for the range. That’s a lot of redundancy and a lot of waste.

Technologies that rely on combustion, including our vehicles and those big, ungainly heating oil tanks in our basements, are wasteful and dirty up the atmosphere. So, we have to shift toward hooking up everything that requires energy to function to the electric grid.

Of course, that’s where things get complicated. Enter the microgrid.

Along with this newfound dependence upon a larger, more interconnected electrical grid comes a host of other requirements, not the least of which are:

Hurricane Maria is known to have caused the most widespread electrical blackout in this history of the United States. So we know it’s not enough that our electrical grid becomes more sustainable — it must also become more resilient and more predictable when it comes to output.

The microgrid provides an elegant solution to this host of interconnected problems and challenges. Simply put, a microgrid is any assembly of power sources — be they solar, wind, hydroelectric, geothermal, etc. — that is governed by some central control mechanism. A microgrid is a standalone power grid, and much smaller in scale than what we picture today when we think of the phrase “power grid” or “the grid.” A microgrid could be a handful of buildings — this is sometimes called a “nanogrid” — or a small community.

The most recent counts place the number of microgrids in the U.S. at somewhere around 1,900, but researchers and industry voices expect this number to rise sharply in the coming years. According to Microgrid knowledge, Brooklyn has already become home to a microgrid. So has Puerto Rico, where this technology has been instrumental in rebuilding infrastructure in the wake of recent natural disasters.

Some of the advantages brought to the green energy-climate change “table” are obvious, but others might take some explaining. Both kinds are equally exciting.

Power for (All of the) People

One of the first and most obvious potential applications of the microgrid is to bring reliable power to rural and under-served areas. It is difficult and incredibly expensive to expand current centralized power grids to — for example — brand-new housing developments and remote farming or industrial facilities. Microgrids can be scaled and expanded extremely rapidly and allow these small communities to effectively stand on their own, energy-wise.

In applications where such a community would remain in physical contact with a centralized power grid, microgrids also deliver the potential to, with the “press” of a figurative “button,” isolate and “island” themselves from the larger grid to provide backup power to the local populace even if the larger region struggles with outages. This delivers the resilience we spoke of earlier, in the form of smaller, effectively “modular” power grids that can respond more appropriately during intense storms, for example, than a single grid ever could.

To recap, a microgrid is a way to harness a series of clean energy sources together to serve a single building, a collection of homes, a community or even a whole county, with reliable, clean and either grid-connected or grid-isolated power. The practical applications are enormous — but so are the humanitarian ones.

The Democratization of Electricity

It would be a missed opportunity to close without speaking about the democratizing effect this type of technology can have on developing communities and countries. The United Nations has thoroughly documented the benefits microgrids have already delivered in India, Malaysia, Haiti and elsewhere.

Although the places might vary, our world has already seen the potential influence of the microgrid. This is truly a democratizing technology, and one which might deliver all the peoples of the world from several forms of unnecessary want. The social sciences and humanitarian organizations tend to agree that “human development” rather than, say, military intervention, is the cure for many types of “radicalization” and global strife.

Our existing technologies are equal parts wasteful and harmful. Moreover, they are not prepared for the challenge of bringing power to a world that’s globalizing faster and becoming more socially dependent upon one another than most of us can believe. This development is an extremely promising look at what’s to come as the world looks for the technological tools to serve the common good by solving common problems.

Despite utilities best efforts, outages occur.  Traditionally, diesel backup generators have often been used for backup, but these systems have limitations. In response, a new generation of microgrid solutions, mainly based on renewables, are..

Current policies limit the size of solar microgrids, which in turn limits their resilience benefits for communities — but the technology and policy innovations needed to change this are ready. 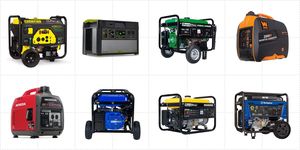 Imagine your car's eco-mode, but for an electrical grid. The idea is founded on a system of microgrids that allows a blackout to be isolated and not impact the rest of the grids.

If you didn't read Part 1, you can find it here

Dear all, I'm searching for microgrid workshops and courses, any recommendations?