A1 Energy is a leader in energy consulting services and is committed to develop and deliver creative solutions that optimize energy efficiency, reliability, and sustainability for our clients. We...

The US is home to thousands of microgrids in both operational and planning phases. Some are basic while others are more advanced, but they all have one thing in common. They deliver a sense of security to commercial, industrial and residential communities by offering power when the big grids fail.

Microgrids — small-scale distributed energy grids — are more consistent and resilient than large, centralized grids. Unlike wind power, they work even when the wind doesn't blow. And they're sustainable, something that can help companies solidify efficiency metrics in a restrictive market.

In short, microgrids are freestanding grids that are independent of larger, regional grids. While many can be integrated within these larger frameworks, they don't rely on them. When the going gets tough, a microgrid's control system flips a switch that tells it to decentralize itself. This allows the microgrid to reap the benefits of its own power, without succumbing to widespread failure.

How Microgrids Augment the Industrial Setting

Similar to decentralized currency, microgrids are an independent energy solution. They don't have to rely on larger energy platforms to function, though they're able to integrate with regional power grids to provide a more robust grid system in a particular area.

Microgrids exist on a small scale, though systems of microgrids — as well as microgrids connected to regional power grids — have impressive capacity. When it's time to go independent, they "island" off, giving microgrid-run communities or facilities the upperhand in the wake of brownouts. For industrial and commercial locations who can't afford to ride out outages, this is an empowering reality.

In practice, most of the world's microgrids rely on diesel generators. But with more stringent environmental regulations in place, the times are a-changin'. The US primarily uses natural gas and combined-heat-and-power (CHP). Moreover, experts expect solar photovoltaics (PV) to account for 19.5% of the global volume of microgrids by the end of 2025.

Microgrids are especially relevant in regions hit hard by climate change. Heightened rates of natural disasters make energy resiliency even more important — and to resolve outages in an efficient way only makes sense.

Because of microgrids' ability to integrate with various power sources, it proves to be a flexible baseline for localized, efficient energy to come. 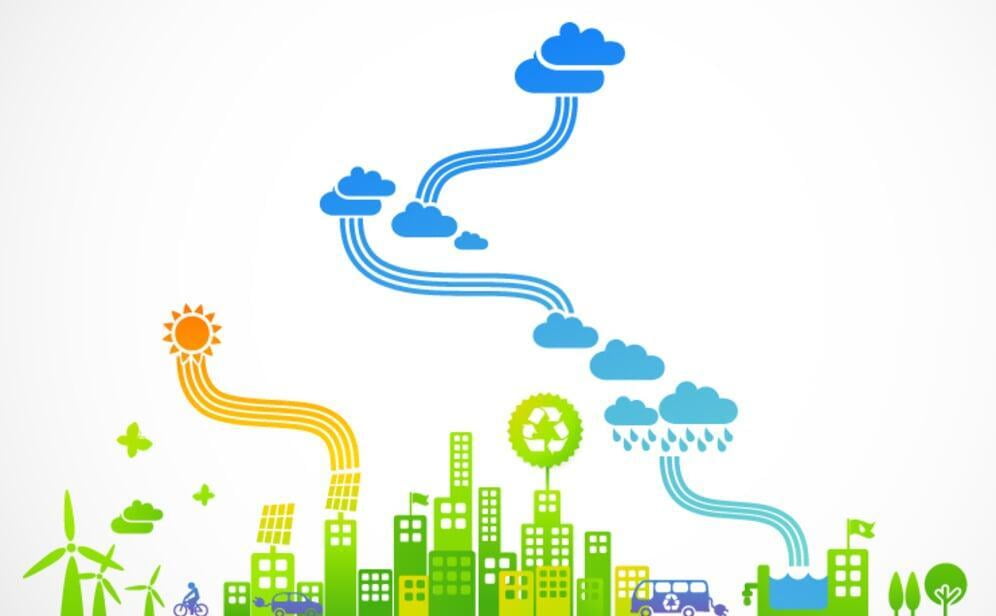 Because of the three laws of thermodynamics, waste heat is inevitable. CHP systems capture waste heat and transform it into thermal energy. When CHP generators work their magic on microgrids, they generate additional energy while simultaneously cooling the system.

Wind is a magnificent act of nature, but there's one caveat: it's volatile. No wind, no power. Beside that, wind power maxes out at 40% of its potential energy output. When working in conjunction with CHP generators, microgrids can boost wind's potential energy output to upwards of 90%. US microgrids are more likely to utilize solar PV and natural gas. Still, it goes to show just how effective CHP is in capturing lost energy and lost money, regardless of the resource at hand.

In such a valuable partnership, CHP generators and microgrids work to boost efficiency and reduce net operating costs in any industrial setting.

The Critical Compatibility of Microgrids and Solar PV

An increasing number of microgrids are relying on solar PV, primarily as an additional generating source when other power is down.

On their own, solar panels cannot keep the lights on when the grid fails during an outage. Even when an industrial building has solar panels, that building still requires voltage from the grid to power the facility. But when a microgrid itself is fitted with solar capability, it can island itself to generate power during a storm or other unexpected event.

A microgrid can include multiple energy sources, but solar PV is an increasingly relevant part of the picture. As a result, many solar PV projects are now being built with future microgrid compatibility in mind, even before any grid planning takes place.

Thermal, fuel cell and other forms of battery storage make microgrids even more efficient and diverse. When retrofitted with battery storage, they become a wildly resilient source of localized energy deployment. CHP- or solar-generated power can be stored for later use to fill in gaps during outages or fluctuations.

On their own, microgrids are a form of energy security. But depending on a company's resiliency goals, that additional padding in the form of battery storage could be a necessary investment. Most microgrids are only partially resilient. Energy storage firms things up, meaning facilities can seamlessly reconnect to utility as soon as it's safe to do so.

In the midst of a swiftly changing world, energy resiliency can literally be a matter of life or death. Industrial facilities like hospitals, and commercial buildings like senior living centers, require energy to make use of available treatments and technologies.

At the same time, increased efficiency can build critical wiggle room into the bottom line. When you don't know what kind of investments you'll need to make next, efficiency makes all the difference. A thoughtful microgrid system delivers resiliency and sustainability to communities across the country; if that's not important in 2020, we don't know what is.  See full article here.

Most microgrids are only partially resilient. Energy storage firms things up, meaning facilities can seamlessly reconnect to utility as soon as it's safe to do so.

What amount of energy storage do you think is necessary before declaring microgrids to be reliably resilient? Obviously you're not going to get to 100%, but with the cost/footprint concerns on energy storage today, how far away are we from getting to a point where energy storage can turn microgrids into even more of a no brainer?

"In practice, most of the world's microgrids rely on diesel generators. But with more stringent environmental regulations in place, the times are a-changin'. The US primarily uses natural gas and combined-heat-and-power (CHP). Moreover, experts expect solar photovoltaics (PV) to account for 19.5% of the global volume of microgrids by the end of 2025."

Jon, how is generating 80.5% of our electricity by burning diesel fuel sustainable? In California, we'd be more environmentally responsible using electricity from the CAISO grid.

Even though new NG plants are combined cycle which lets them achieve electrical conversion efficiencies higher than onsite engines or turbines the total system efficiency of on-site CHP beats the combined cycle NG plants in emissions.  When a microgrid consists of CHP, solar and battery the environmental benefits are typically better than grid electricity

Jon - good article, integrating on-site energy both electric and thermal is highly efficient and very environmentally friendly, but it takes a high level of understanding and a user that is willing to invester in infrastructure that is not part of their core business.  Hopefully the improved productization of enegy systems can help with this, there are several integrated recip engine/gas turbine and heat recovery solutions available now, which can address some of the design and costs issues.  Also the the ingrated Solar PV and energy storage solutions should contribute.

To Matt's question, for a grid connected microgrid that has on-site backup generators, the energy storage duration can be very short, just the time necessary for the on-site generator to startup and pickup the load.  There maybe a need for load shedding if there is gap in capacity - maybe the outage is at night and the Solar PV is not contributing.  The key value is the ability to continue to operate seamlessly while transitioning to on-site generation.  This also allows the site to reduce/eliminate their grid usage during high market prices or high demand charge periods.