Methane hydrates are getting increased attention as a major new source of clean hydrocarbon energy. These enormous deposits of natural gas have never been developed commercially, but research and development has been promising, and expectations are that the gas could begin coming to market within a decade.

Known as flammable ice, methane hydrates are molecules of gas contained in an ice matrix found in permafrost regions of the arctic and on the seafloor at continental margins below 500 meters of depth. Methane hydrates are subject to research both around their role in the global carbon cycle as well as potential commercial development as an energy resource. Hydrates form along the continental margins at low temperatures and high pressures and are distributed around the world, many countries have significant resources of them.

The total quantities of methane hydrates are quite staggering when compared to conventional fossil fuels. It is thought that there is at least twice as much carbon stored in hydrates as there is in all conventional oil, gas, and coal combined, but not all of the hydrates are in formations amenable to development. For instance, the Gulf of Mexico is particularly rich in hydrates with total estimates around 21,000 trillion cubic feet (tcf), but only around 6,700 tcf are considered producible. For comparison the US consumed 26 tcf of natural gas in 2013 and global gas consumption was around 111 tcf. Rough estimates for producible hydrates globally are in the tens of thousands of trillion cubic feet of methane.

There is a great deal of concern about the potential for the melting of hydrates, particularly in the arctic permafrost, that would contribute to global warming. Some researchers theorize that melting permafrost could be part of a tipping point scenario where so much methane is released that it creates out of control global warming and environmental catastrophe. Some permafrost has been documented to be melting, and researchers are actively working to understand the quantities and impacts of the methane releases, but this is still a relatively young area of inquiry with more questions than answers.

Hydrate formations being explored for energy production are distinct from the formations at risk of melting. Only a small subset of hydrates present any potential environmental risk, and likewise only a subset of hydrates are amenable to energy production. Formations at risk of melting are near the surface, while those being explored for energy are deep below the surface.

Carbon dioxide can also form hydrates and this has become a very promising line of research for both carbon sequestration and for energy production. It is a well-documented phenomenon that injecting CO2 into a methane hydrate will release the methane and the carbon dioxide will take its place in the ice. Supercritical CO2 has been successfully used as a production fluid for releasing the methane, but only limited experimentation has been done to try and use hydrates for large scale CO2 sequestration.

Methane hydrates had long been observed by offshore oil drillers who pierced through them to get to oil deposits and also because they have a tendency to form inside of pipes clogging them up. Research to quantify the extent of hydrates began in the 1980’s and scientists were surprised to see how widespread they were. Research into commercial development began in earnest around the year 2000 with programs in a number of countries. The US has been a leader in the research, but Asian countries, particularly Japan, China, India and South Korea have the most to gain because they lack conventional gas resources and pay the highest price for imported natural gas. Canada and the EU also have research programs.

Germany’s program is called SUGAR, and they have a pretty informative website. A fascinating 7 minute interview with their lead researcher Dr. Klaus Wallmann can be viewed here. Dr. Wallmann succinctly lays out the connections between climate change, the need for natural gas as clean energy, the potential to store CO2 in hydrates, and the geopolitical implications that these new resources could provide.

Japan has the most aggressive program to develop the gas hydrates since they have no indigenous fossil fuel resources and are completely dependent on imports of LNG for which they pay high prices. The Japanese have determined that there may be 100 years’ worth of gas supply in their territorial waters. They completed the most successful production test to date in 2013 where they produced gas continuously for a month. The Japanese have stated that they expect to have the technology ready by 2020 and will go into production after that.

An important test site was run in Alaska under a collaboration between the US NETL, ConocoPhillips and the Japanese. In this test at the Ignik Sukumi site onshore, a blend of supercritical CO2 and nitrogen was injected into the hydrate formation to produce the methane. Though short-lived the test was successful, a video on the project can be seen here.

Ray Boswell, Gas Hydrates Technology Lead for the US National Energy Technology Laboratory explained to me in an interview how certain geologic conditions have been identified that allow the methane to be produced. Specifically, the gas must be in a permeable sand rich sediment matrix that allows the gas to flow. Hydrates form nicely in the sand to begin with so concentrations are high, but also the water and gas can move through the sand. Researchers originally thought the hydrates were like solid blocks of ice that would need to be melted, but what they found was that 5% – 10% of the volume of material is actually flowing water. This mobile water can be drawn out using depressurization and provides space for the methane molecules to move to the well bore.

A big concern in producing the hydrates is that it could cause destabilization of the sea floor, subsidence is not uncommon in conventional oil and gas drilling and avoiding subsidence is a critical technical concern in hydrate technology development. One of the benefits in using CO2 as a production fluid is that it exchanges with the methane in the ice and works as a cement to maintain structural stability. One of the challenges in using CO2 it has a tendency to immediately form hydrates with the mobile water and interfere with the methane production. For this reason a blend of carbon dioxide and nitrogen was used in the Ignik Sukumi test to create the proper thermodynamic conditions for the methane to flow while maintaining stability of the reservoir.

The water that is drawn out of the well bore with the methane is low salinity, less saline than ocean water. The gas hydrates themselves are 99% methane, no gas cleanup is needed. This is an important contrast to conventional and shale gas drilling where the produced water is extremely saline and contaminated and must be disposed of via injection wells of other means. Conventional gas drilling also yields natural gas liquids like propane and butane and contaminants like hydrogen sulfide.

Drilling methane hydrates is much cleaner than conventional gas drilling or hydraulic fracturing. First of all, there are no neighbors to be bothered when working offshore or in remote arctic regions. Secondly, there is no dirty water to be disposed of, and unlike hydrofracking no harmful chemicals are needed, the only chemicals used are carbon dioxide and nitrogen so there is no risk of environmental contamination.

Experts believe that a combination of techniques will be used to produce the methane including depressurization, chemical injection and heating. Depressurization simply requires using vacuum pumps, and the supercritical CO2 can be heated for temperature management. There is some art as well as science in managing these techniques and so far the field experience is limited to only four experimental production tests. Much more experience is needed before there is solid understanding of how the gas will flow over time and what kind of production rates can be sustained. But researchers are confident that the technology works and that there are no technical showstoppers that will prevent production from going forward. The economics still remain to be determined, and while it is unlikely that the hydrates will compete with cheap shale gas in the US in the near term, countries like Japan that rely on expensive LNG imports can afford to move forward aggressively.

Commercial production of methane hydrates could be a complete game changer in global energy markets. In the same way that hydrofracking for shale gas caught energy markets by surprise, methane hydrates will likely do so on an even bigger scale. The reason is that the resources are simply enormous and widely distributed around the world. Every continent has substantial hydrate deposits and that means that countries that have never had domestic gas resources before may soon find themselves players in a new gas revolution. 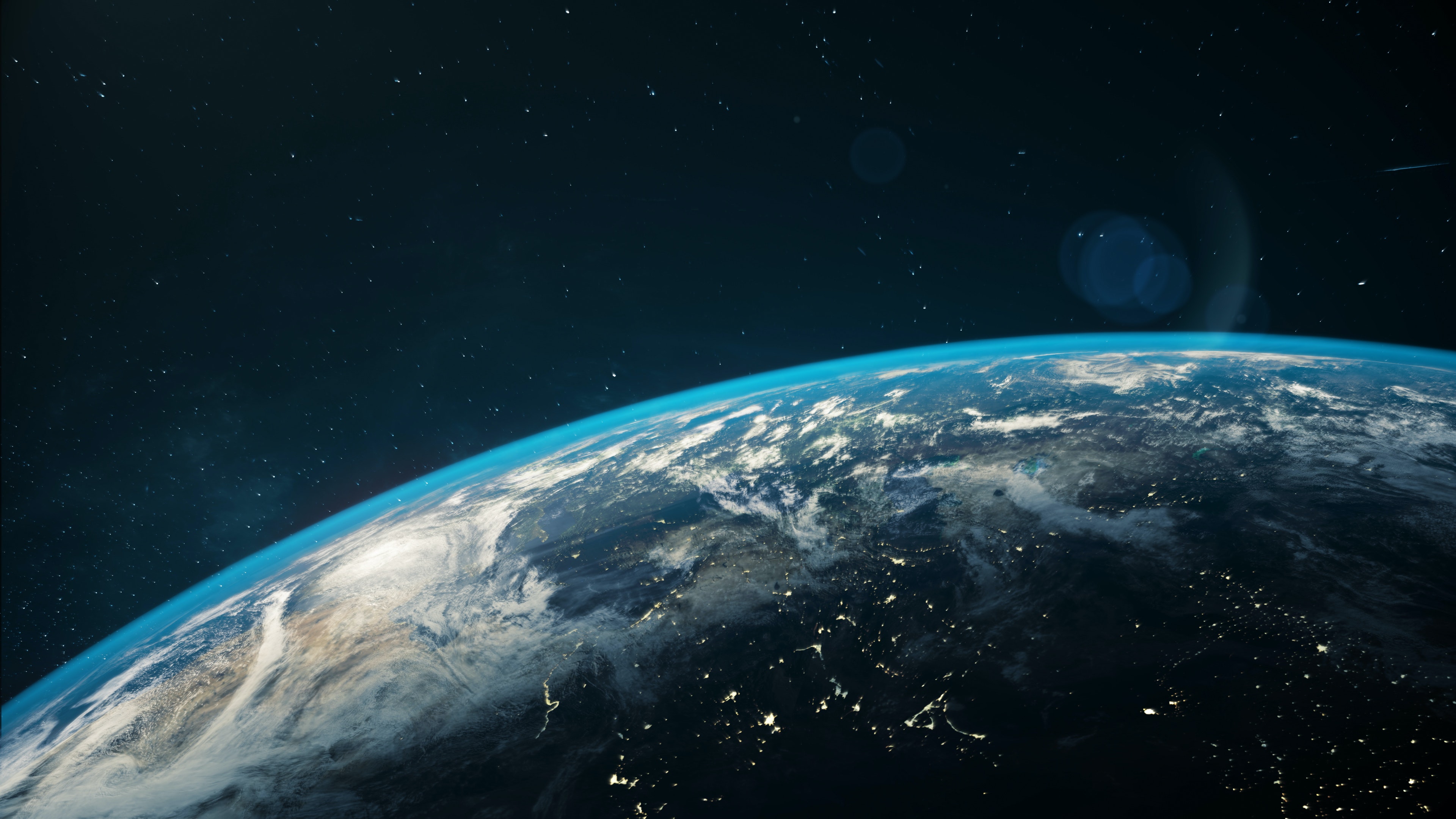 This quote from the IEA 'The Covid-19 pandemic has caused more disruption to the energy sector than any other event in recent history, leaving impacts that will be felt for years to come.' sums up where we are. Covid-19 has had deep and lasting..

Utilities companies are not usually renowned for the experiences of their users. As a service, customers barely notice their interactions with their utilities until they get an email notifying them that the price has gone up again, an incorrect..