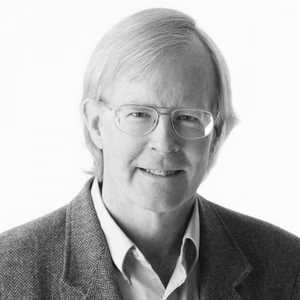 California’s Independent System Operator (CAISO) has established itself as a crucial clean energy partner for everyone connected to the giant electricity grid that links 14 western states, two Canadian provinces, and portions of Northern Mexico. CAISO’s efforts to enhance western grid integration and accommodate renewable energy additions have won wide support from clean energy advocates, including NRDC, and we don’t expect that to change under its new leader.

CAISO’s reputation owes much to the exemplary leadership of Steve Berberich, who announced his retirement after 15 years with CAISO, nine of them as its CEO. We now know that his replacement will be Elliot Mainzer, the Bonneville Power Administration’s (BPA) administrator since 2013.

I have worked closely with BPA (and occasionally sued the agency) over more than four decades. When my NRDC career began in 1979, most environmental advocates saw BPA as a classic cartoon villain, dedicated to despoiling a spectacular Northwest landscape with an endless progression of giant coal, nuclear and hydropower projects. Over the ensuing years, thanks in no small part to Elliot himself, BPA has soared as a catalyst for decarbonizing the Pacific Northwest region and advancing core values of environmental stewardship.

I am not alone in admiring Mainzer’s leadership. After years of work on “the comprehensive and often contentious court-ordered environmental review of the Columbia River System Operations,” my NRDC colleague Giulia Good Stefani writes:

Elliot distinguished himself as an administrator by rooting his ambition for BPA and a sustainable Pacific Northwest in a genuine compassion for people. He openly committed himself to fostering a culture of respect, integrity, and open-mindedness. This won him a unique level of trust from industry and environmentalists alike. In an age that is increasingly marked by underinformed convictions and polarization, Elliot maintained humility and curiosity, rolled up his sleeves, and brought people together. We could all learn from his work to encourage unlikely allies, because more often than not the durable solution to a hard problem is built together, not won.

Longtime Montana activist Chuck Magraw credits Elliot with opening the way to the first large-scale wind project in Montana, at Judith Gap; more than 15 years ago, Elliot was a witness for Renewable Northwest in the proceeding that persuaded the Montana Public Service Commission to approve the project’s first power purchase contract. Angus Duncan, former Chair of the Northwest Power and Conservation Council and president of the Bonneville Environmental Foundation, remembers Elliot’s work in launching the Northwest Wind Integration Action Plan, which Duncan credits with persuading utilities across the entire region to embrace wind-power development, despite widespread earlier skepticism: “Elliot’s work then, and subsequently as BPA Administrator, played a key role in the growth of the region’s renewable resources and will continue paying dividends into the future.”

Nancy Hirsh, executive director of the NW Energy Coalition, told me that “Elliot created a culture of change within BPA’s power and transmission services to become more competitive in the market of today and tomorrow. It will be a challenge to replace his visionary and strategic approach to BPA's role in our clean energy future, although we look forward to working with him at CAISO to help the West collaboratively meet our climate goals.”

Elliot’s creative spirit is also embodied in the West’s rapidly expanding Energy Imbalance Market and (in partnership with Southern California Edison) the nation’s first interregional energy efficiency resource transfer. CAISO is lucky to get him, as is a western and international constituency broader even than the one he has served so well at BPA.

The NESCOE letter and transmission in the age of renewables

The New England States Committee on Electricity (NESCOE) recently put out a vision statement pleading for some big changes to facilitate the adoption of renewables in the region. In addition to reforming the area’s wholesale market, the letter..

Northern California power consumers are not out of the woods yet. Last week, PG&E cut electricity to around 31,000 households and businesses across NorCal. In mid-October, the trifecta of dryness, heat, and high winds put the region at risk..

The NESCOE letter and transmission in the age of renewables