Scott L. Montgomery is the author many books, including “The Powers That Be: Global Energy for the Twenty-First Century and Beyond”, and “The Shape of the New: Four Big Ideas and How They Built...

Largely unnoticed, international oil companies have been making discoveries of very large oil reserves in the Arctic region over the past year, writes author and lecturer Scott L. Montgomery.  According to Montgomery, the Trump Administration is likely to give permission to drill these new wells, a number of which will be fracked. He believes “the discoveries will write a new chapter in the U.S. oil industry’s dramatic ascent.” Courtesy The Conversation.

This comes at a time of low oil prices, when many observers felt the Arctic would remain off limits. Alaska has proved precisely the opposite. Although it has gone largely unnoticed outside the industry, foreign firms are partnering with American companies to pursue these new possibilities. I expect this new wave of Arctic development will help increase U.S. oil production and influence in world oil markets for at least the next several decades.

One discovery, “Horseshoe,” made this year by the Spanish company Repsol in partnership with Denver-based Armstrong Oil and Gas, is the largest new U.S. find in more than 30 years

This is a global story, spurred by continued growth in world oil demand, especially in Asia; the dynamism of the oil industry; and the fact that the United States has become a major new petroleum exporter, something that would have seemed impossible only a few years ago. Such realities imply that decisions made in Washington, D.C. are far from the only forces shaping U.S. energy and climate change policy.

Fracking comes to the Arctic

Over the past year oil companies have discovered volumes on Alaska’s North Slope totaling as much as five billion barrels or more of recoverable oil. This is a 14 percent increase in U.S. proven reserves, based on recent estimates, which is no small thing.

One discovery, “Horseshoe,” made this year by the Spanish company Repsol in partnership with Denver-based Armstrong Oil and Gas, is the largest new U.S. find in more than 30 years. It is estimated at 1.2 billion barrels, and comes just after a find by ConocoPhillips in January, called “Willow,” evaluated at 300 million barrels.

Both of these are dwarfed by “Tulimaniq,” a spectacular discovery drilled by Dallas-based Caelus Energy in the shallow state waters of Smith Bay, about 120 miles northwest of Prudhoe Bay, in October 2016. Caelus has confirmed a total accumulation of as much as 10 billion barrels of light, mobile oil, with 3-4 billion barrels possibly recoverable at current prices of about US$50 per barrel.

These new finds may only be the beginning. Tulimaniq will produce from reservoirs of the same age as Horseshoe and Willow, 75 miles to the southeast. This strongly suggests that a large new stretch of the North Slope, mostly on federal land and in state waters (within three miles of shore), has been defined for further exploration. Burgundy Xploration of Houston and Australia-based 88 Energy also have another new drilling program underway to test shale intervals known to have sourced some of the oil at Prudhoe Bay, a supergiant field that has produced some 13 billion barrels to date.

A number of these new wells will be fracked using techniques similar to those now employed in the lower 48 – the first time this has been done in the Arctic. Though hydraulic fracturing has been utilized here since the 1980s, these operations were much smaller in scale and focused on just one or a few stages (fractured interval), whereas today’s wells in North Dakota and Texas involve dozens of stages and thus far larger volumes of water and proppant (sand or ceramic grains).

Eni stopped activity in 2015 when prices collapsed, but intends to drill up to six wells this year

One or more of the oil-bearing rock units at sites being explored on the North Slope have low permeability, meaning that oil can’t flow within them very well or at all. Company engineers expect that hydraulic fracturing will be able to free such oil so it can be produced. Such has been the result for other shales and low-permeability reservoirs in places like North Dakota and Texas.

The logistics of finding large quantities of water and sand needed for fracking in the Arctic will be challenging, and probably more expensive than similar operations in the lower 48 states. The water will most likely be seawater treated for this specific use. It remains to be seen whether operators will clean, reuse and carefully contain frack water.

Green lights from the Trump administration

In another significant find, Italian company Eni has developed an oil field that lies in state waters, and so is not affected by Obama’s drilling ban. But the oil reservoir extends into federal waters of the Beaufort Sea. Called the Nikaitchuq Unit, it lies just west of Prudhoe Bay and is producing around 25,000 barrels per day.

Eni developed this field between 2005 and 2015 using an artificial island to drill horizontal wells in various directions from a single site. The company stopped activity in 2015 when prices collapsed, but intends to drill up to six wells this year. Its leases, which continue north into federal waters, were not automatically canceled by the federal ban, but Eni needs a federal drilling permit and has submitted an application to the Interior Department. The company plans to run a long horizontal well to access the additional oil, thereby avoiding any need for a rig in federal waters.

The Interior Department is now reviewing Eni’s application, which I expect it will approve. Geologic studies indicate that the oil continues across the state/federal boundary, and Eni’s proposal to use a horizontal lateral from an existing drill site appears to be aimed at minimizing environmental impacts.

Moreover, the Trump administration has pledged to promote fossil fuel development. Interior Secretary Ryan Zinke is a former congressman from Montana, which produces oil, gas and coal, and Alaska senators Lisa Murkowski and Dan Sullivan are strong proponents of oil and gas development.

Why is all of this new Arctic drilling happening at a time when oil prices are low and in a place where production costs are high? The oil price collapse that has occurred since mid-2014 is the deepest slump since 1986. 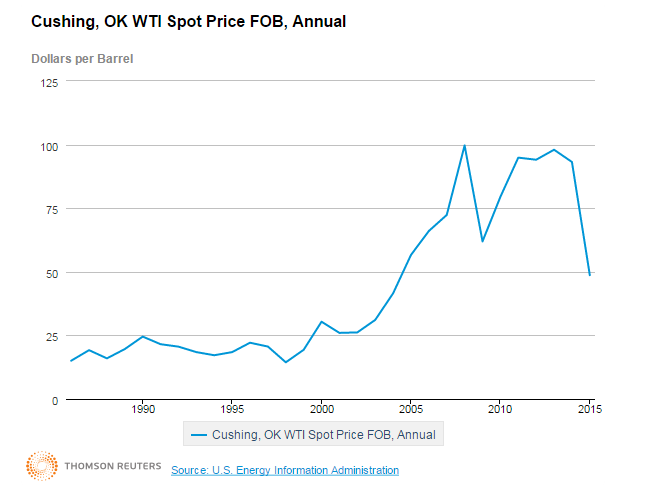 Oil companies have ways of being nimble in hard times, such as selling assets, adjusting production levels and seeking mergers. Now rapid innovations in drilling, seismic imaging and data processing enable well-run companies to cut costs in multiple areas. Some firms can make money today at prices as low as $35 to $40 per barrel or even lower. This includes drilling offshore and fracking onshore.

Innovation and cost-cutting have made U.S. firms a potent global force and eroded OPEC’s dominance by keeping oil supplies high, despite a significant production cut by the cartel and many non-OPEC producers, including Russia. In this new era, smaller companies are making inroads in areas once reserved for giants like BP and Exxon. This shift is significant because smaller, independent companies, for whom new discoveries are especially important, tend to be aggressive explorers.

This prospect raises a new question: How will we will use our clout as the world’s most important new oil power?

Oil remains our one unreplaceable energy source. Global mobility and a modern military are, as yet, inconceivable without it. Growth in global demand, centered in developing Asia, will continue for some time, as it did even from 2010 through 2014 when prices were above $90 per barrel.

The United States now exports around 5.7 million barrels per day of crude oil and refined petroleum products, double the level of five years ago and by far the largest volume in our nation’s history, thanks to major increases in sales to Japan, South Korea, India, Taiwan, Singapore and China. In short, we would be expanding fossil fuel production even without a Trump administration.

If these new discoveries become producing fields, the Alaskan Arctic will write a new chapter in the U.S. oil industry’s dramatic ascent. It will increase our leverage over OPEC and may help to counter Russia’s geopolitical influence. This prospect raises a new question: How will we will use our clout as the world’s most important new oil power?

Scott L. Montgomery is the author many books, including “The Powers That Be: Global Energy for the Twenty-First Century and Beyond”, and “The Shape of the New: Four Big Ideas and How They Built the Modern World”. He is also university lecturer at the Affiliate Faculty, Jackson School of International Studies, University of Washington.

This article was first published on The Conversation and is republished here with permission from the author and publisher.