KIC InnoEnergy: "Solar PV Will Be One of the Lowest-Cost Electricity Sources in Europe"

Solar photovoltaics (PV) will be one of the cheapest sources of electricity generation in Europe by 2030. That is a major conclusion that can be drawn from a report on future cost reductions in solar PV recently published by KIC InnoEnergy.

The report is the final one in a series of four in which KIC InnoEnergy analyses future costs of renewable energy sources. The other three are on onshore and offshore wind and on solar thermal electricity. The analysis, based on a methodology (Delphos) developed by UK-based consultancy BVG Associates in cooperation with KIC InnoEnergy, examines in detail how a range of specific elements of PV installations are impacted by a range of technological innovations. 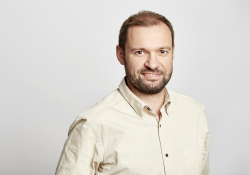 It concludes that technological innovations will bring levellised costs (LCOE) of solar PV down 22-30% by 2030. Combined with other types of cost reduction, e.g. in grid connection and industrialisation processes, the costs of solar PV can be reduced 37-49% by 2030. This will result in a reduction of levellised costs from €77-80 per MWh today to an average of €43-49/MWh in 2030 for ground-mounted PV in Europe, says the report. Rooftop solar PV will be slightly more expensive.

Emilien Simonot, Renewable Energy Technology Officer at KIC InnoEnergy and coordinator of the report, written by a group of internationally renowned experts on solar PV, says the result is “very positive. It means solar PV will become one of the lowest-cost sources of electricity generation in Europe.” Rooftop PV, he says, “still has some homework to do to get its cost down.”

80%-90% of the anticipated cost reduction in solar PV can be achieved through seven innovations, notes the report, mainly in the area of cell manufacturing for crystalline silicon and module manufacturing for thin films.

KIC InnoEnergy uses the results of the study in the evaluation of cleantech startups in which it invests, says Simonot. “We always want to know what impact the startup companies are expected to make. This makes it possible for us to compare their information with market data. This is also useful for the entrepreneurs themselves. For them it’s also difficult to get the full picture.” Investors, analysts and policymakers can also consult the data, which are all published on the KIC InnoEnergy website.

“We still have a good technology base, but no manufacturing industry anymore to transfer the results to. How can we maintain leadership if we have no industry?”

From the series of four reports it appears that solar PV is likely to be cheaper in 2030 than solar thermal electricity and also cheaper than both onshore and offshore wind. KIC InnoEnergy’s analysis of onshore wind shows possible cost savings of just 5.5% over the next 15 years, resulting in LCOE’s ranging from €60/MWh to over €90/Mwh. The costs of offshore wind are likely to be reduced by 27%, leading to LCOE’s of between €90 and €160 per MWh. Solar thermal has the highest anticipated costs – between €130 and over €200 per MWh – despite cost reductions of almost 29%.

Although the prospects of solar PV look good from a cost perspective, Simonot notes that Europe should be concerned about recent declines in investment in the renewable energy sector in Europe, in particular compared to China. “We still have a good technology base and important R&D centres in solar technology, but no manufacturing industry anymore to transfer the results to. How can we maintain leadership if we have no industry?”