A Key To The ‘Hydrogen Economy’ Is Carbon-Free Ammonia

A Key To The ‘Hydrogen Economy’ Is Carbon-Free Ammonia

If you’ve been even remotely paying attention to the electric energy arena in the past year or two, you have likely been hearing an increasing amount of discussion concerning the hydrogen economy. It seems that every other day, there is a big announcement from yet another global player jumping into green hydrogen or amplifying an existing commitment. Hydrogen (H2 – the hydrogen atoms like to travel together) is the most abundant element in the universe, and its combustion results in water as a byproduct. It can be utilized in sectors of the economy that have been hard to decarbonize, such as steelmaking and marine transport. It may also serve as a long-term storage medium in the power industry. As a consequence, governments and industries around the world are increasingly focusing their efforts on building out the infrastructure necessary to support a hydrogen economy.... Within the decade, the hope is that (TDK and GenCell) will have the entire ammonia-based and carbon-free chain developed, with the solution increasingly popular in the marketplace, “like batteries are today.” Of course, there are multiple challenges ahead, and the use cases may well change. However, GenCell has already overcome many major hurdles and now that they are teamed up with TDK, it’s a vision well worth observing to see how it may unfold in the months and years to come. 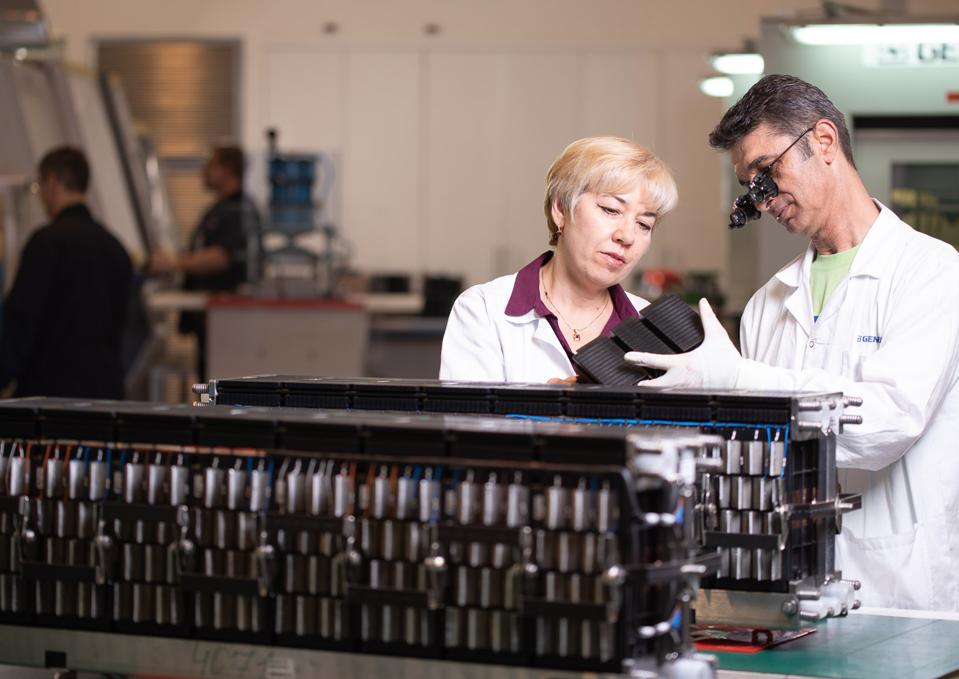 How fast might the hydrogen and ammonia transition occur?  Reshef suggested that it may happen sooner than many observers think.  “We are making our first steps in the markets, in Europe and Japan…And in 2022 we will be commercialized, and in five to seven years after that full well-to-wheel.  In the next few years we have the wheel – meaning the generation.”

Wow-- 2022 indeed is faster than I had thought. Fingers crossed the tech finds some smooth sailing to make that a reality :)

Good to hear ammonia is getting more attention as a carbon-free energy carrier.  For the future, the laws of physical allow us to create it from clean electricity for the same cost per BTU as hydrogen, but the ammonia will be much cheaper to deliver to user due to the much better energy density (liquid ammonia has triple the energy density of 5,000 psi gaseous H2).

When made from fossil fuel, it is again cheaper than hydrogen, when transportation and delivery cost are included.  And CC&S, which is already being used in some plants near oil fields which buy the CO2, can be employed at all ammonia plants, if society chooses to embrace decarbonization. (The Japanese vision, given their appetite for imported fuel, is for their suppliers to do the CC&S).

One company in the article, GenCell, reminds us that ammonia can be used to power fuel cells and is developing products to that end.  As with large grids, stand-alone off-grid systems that rely PV also need liquid fuel back, to keep the battery from becoming impractically large.

Thanks for the callout Nathan, yes, we are very optimistic about the use case of hybrid renewable systems in which fuel cells charge batteries that back up intermittent solar PV and wind resources; adding electrolyzers powered by the PV to produce hydrogen (or ammonia - the ultimate hydrogen carrier) will create a clean circular energy economy systems. Community solar programs and other local associations are the prime candidates for managing these efficient hybrid microgrids, which have the added advantage of eliminating energy transmission costs. You also mentioned blue ammonia, a trend that is gaining traction as a way to derive value from oil and gas by-products without adding carbon emissions.

Being able to use low-grade waste heat from hydrogen fuel cells to drive the decomposition of ammonia is a nice feature. It boosts the efficiency -- or reduces the inefficiency -- of using ammonia as a store for hydrogen. But the gain isn't enough to offset the inefficiency of producing ammonia in the Haber-Bosch process. Until there's a breakthrough in that area the market for ammonia as fuel will be limited.

"Limited" doesn't mean non-existent. For applications where fuel cost is secondary to ease of storage and transport, ammonia to hydrogen is a great solution. Remote construction projects are a good bet, as are backup power supply to data centers and microgrids. Land transportation and short term backing power to the grid -- probably not. Batteries will own that space. Air and long distance ocean transportation are possibilities, but probably require a stiff price on carbon emissions to compete with jet fuel and LNG.

Thanks for your insights Roger; indeed our fuel cells include heat utilization units to exploit the waste heat and our technology roadmap includes green ammonia synthesis to replace the inefficient Haber-Bosch prcoess. As economy of scale grows, diminishing ammonia fuel costs will make even more uses cases relevant beyond remote electrification and backup for data centers, microgrids and other mission-critical facilities.  We envision a clean energy future in which green ammonia achieves grid parity, opening up many more potential new markets as we work to eliminate carbon emissions.