Dominion’s October 2012 announcement that it is closing the Kewaunee Nuclear Power Plant took the nuclear industry by almost complete surprise. My friends who write about nuclear topics on a regular basis had no clue about the possibility before it was announced. None of the contacts that I have developed over the past few decades gave me any hint that particular unit was at any risk of closure.

However, I have learned during the past few days that Dominion has been quietly marketing the plant for more than a year; despite having hosted several groups that performed due diligence, none of them made an offer.

I’ve been thinking about possible solutions ever since Dominion went public with their decision, especially since the announcement started a number of conversations about which nuclear unit will be the next one to close down. Unlike some of the people who occupy boardrooms and think that producing emission free, reliable electricity by splitting atoms is just another business, I think of the process as more like a calling, a profession, or even a mission.

I’m not the only nuclear professional who has been thinking hard about what we can do to forestall future plant closure decisions, Jim Hopf wrote a lengthy, though provoking article for the ANS (American Nuclear Society) Cafe blog titled Potential nuclear plant closures and what could be done to stop them. The topic generated a flurry of email on a private list server on October 23, the day after Dominion announced its decision; most of us were unable to find any good thoughts in the news.

After reading an article about the recently released economic impact study, I started thinking about the employee buyout option. Not too long ago, my wife and I spent a pleasant evening at home watching New In Town, a feel-good, happy-ending love story about a high-powered business executive from “out of town” who falls in love with a small Midwest town and their factory.

Aside: Yes, I freely admit that I like “chick flicks”. My wife and I raised two daughters; I have plenty of good memories of movie nights. End Aside.

The more I thought about it, the more I realized that an Employee Stock Ownership Plan (ESOP), perhaps with some backing by the local community and energy intensive local industries, could be a winning option for keeping Kewaunee open and its clean, affordable, fission energy flowing. I’ve done some searching and had some conversations; as far as I can tell, the idea of an employee buyout has not been introduced in relation to Kewaunee. It’s time to change that situation.

There are a number of industrial facilities in the US that are currently owned and operated by employees. They are often in businesses that corporations have evaluated as being low or negative growth industries with few prospects for the high rate of return that investors demand. Employees who like their job, like their homes and communities, and know how to run the facility at least as well as the corporate owners may willingly agree to a few sacrifices to keep the plant open as owners that they would not logically accept to keep the plant open for someone else’s profit.

An operating nuclear power plant with a license that does not expire until just before Christmas in 2033 offers a uniquely favorable situation for employee ownership.

The concept of employee ownership for Kewaunee has real merit and could point the way towards an important shift in attitude among nuclear energy professionals. Sure, the business folk who occupy corner offices and boardrooms may not recognize the value of the technology, but they are not the only people who matter when it comes to making decisions. Please help me socialize this message and contribute to a conversation here and elsewhere to let investors know that we are not willing to allow them to decide it is time to ignore nuclear energy. 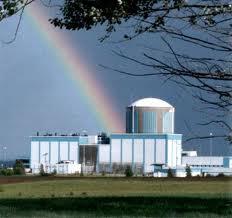 I’ve made a few comments already on the Facebook page that is dedicated to finding a way to keep Kewaunee open. If the Kewaunee employees are interested, I would be willing to back up my words with a five figure check. That may not be much in a multimillion dollar deal, but put together a few hundred of those five figure checks and you can start to demonstrate a real plan for the future.

Note: The “win-win-win” in the title refers to the employees, the local community and the current plant owner. However, I am pretty sure that creative people will realize there are even more winners if the plant stays open under employee ownership.

The post Is an employee buyout a win-win-win solution for Kewaunee Nuclear Power Station? appeared first on Atomic Insights.

Dominion is planning to shut down the reactor sometime in April or May. I expect they will work quickly to put it into a Safestor condition so that they can turn in the operating license and stop paying the $4.7 million per year fee to the NRC to maintain that license.

The Safestor condition also lowers insurance and security costs. However, once an operating license is given up, it is very difficult and expensive to recover. As far as I know, there has never been a reactor that obtained a new operating license after having given up its previous operating license. Even at Browns Ferry Unit 1, which was shut down for about 20 years, the owner apparently maintained the operating license and kept paying the annual fee just in case the plant would be needed in the future. Eventually, TVA successfully restarted that plant, once power prices and demand justified the action.

For instance in the UK a new 2GW CCGT was built and it only employs 30 people to run the site. That is just 15 workers per GW

Compare that to the Kewaunee Nuclear Power Station which has 650 staff and is only 0.55GW.1,180 workers per GW for the old nuclear station vs 15 for the CCGT