EU climate and energy policy is “reasonably effective”, but it could achieve more if it focused purely on reducing CO2-emissions, says David Hone, Chief Climate Change Advisor at Shell, in an interview with Energy Post. “There are too many goals and targets.” Hone also argues that first generation biofuels are needed to make advanced biofuels work and that a “new approach” towards CCS is urgently needed. Globally, Hone says Shell does see a pathway towards “net zero emissions” by the end of the century, “which won’t necessarily get you to 2 degrees, but does address the problem head-on”. 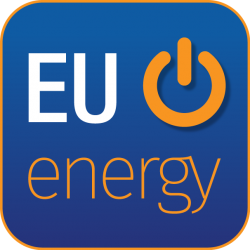 David Hone spoke to Energy Post on the occasion of the launch update of the EUEnergy app, a joint initiative of Shell and Energy Post. The app uses Eurostat data to present useful EU energy and climate data in an accessible and interactive format. It includes explanations on how to interpret the data and what the major EU policy questions are related to each topic. The aim of the EUEnergy app is to provide a convenient way of accessing key energy and climate data to all those involved in the European energy debate. You can download the latest version from the Apple Store or Google Play Store.

David Hone occupies a unique position within Shell as Chief Climate Change Advisor and blogger: he has been writing a wide-ranging weekly Climate Change blog for Shell since 2008. He started on his job in 2001, but explains that his role has changed significantly over time. “Initially I was focused internally on leading the group in its efforts to understand the climate change issue and formulate strategy related to climate change policy. Now we have a whole CO2 team that’s responsible for that. I have become more of an external ambassador as well as internal sounding board.”

“As climate change will play out globally, so will it play out inside the company”

Hone sees three “step-ups” in the way the climate change issue has evolved within Shell. “The first step-up was around 1997-1998, triggered by Kyoto, when we first put dedicated resources in place to address the issue. The second step-up came in 2005 when a core group was set up within Shell to manage this risk on a more widespread basis. The third step-up took place under our current CEO and involves a much deeper look at our long-term portfolio. For this we have set up a New Energies group, which is looking at alternative energies such as hydrogen, biofuels and offshore wind.”

The biggest change that Hone believes he helped to bring about is that climate change by now has become “deeply embedded in Shell’s company culture”. “This had to be a gradual process. For something as broad as this, it had to grow and be nurtured to allow it to take root in the company culture.”

If Shell is now attuned to the climate change challenge, as Hone says, how will the company respond to it? Hone makes it clear that if people think that Shell is going to come up with the solution, they are bound to be disappointed. “As climate change will play out globally, so will it play out inside the company”, he says. Shell is not a new player like Tesla which is out to change the world. “To a large extent we respond to the market.”

“No one is claiming first-generation biofuels are perfect, but you have to develop them, the infrastructure, to create a system on which to build on for more advanced approaches”

The company does look for areas where it can “lead the market” or create new markets, says Hone. “We did that with LNG for example.” But whether this will be the case in hydrogen, biofuels or other alternative energies, is “too early to say”. 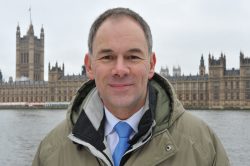 When it comes to EU climate policy, Shell is a strong advocate of the Emission Trading System (ETS). A significant government-led carbon pricing mechanism would steer investments towards low-carbon solutions. The fact that this price is lacking, Hone ascribes to the other energy goals the EU is pursuing, which interfere with the ETS.

“If you put other targets, e.g. for renewable energy or energy efficiency, on top of the CO2 target, you reduce the carbon price and raise the costs of compliance. That often gets forgotten in the EU. One of the reasons the carbon price in the ETS is only €5 a tonne, is not because the ETS does not work, it works fine, but because other policies are doing the work of the ETS. At a higher cost level.”

“There is no such thing as a 100% renewable energy system, except on a small scale”

According to Hone, the Market Stability Reserve (MSR) that the EU has agreed on will probably be effective in fixing the “legacy issue” the ETS has – the surplus of allowances – but it will not address this more fundamental problem of there being “too many goals and targets”.

As regards transport, which is quickly rising to the top of the climate agenda in Europe, Hone applauds the “measured approach” the EU is taking, through its alternative fuel targets and efficiency requirements. Transport is “very challenging to decarbonise”, says Hone. “You need high-energy density fuels that are mobile. Gasoline fulfils these requirements. The price of EVs shows it is costly to replicate the effectiveness you get from gasoline by other means.” The EU’s gradual approach to the greening of the transport sector is, therefore, justified. “It is a good start. Whether it will get us there all the way, remains to be seen.”

Hone is concerned about the debate that has risen around first-generation biofuels in the EU. “This is a typical case of the perfect being the enemy of the good. No one is claiming first-generation biofuels are perfect, but you have to develop them, the infrastructure, to create a system on which to build on for more advanced approaches. It’s the best technology currently available, it’s where we are at the moment. We have to accept it into the mix, to get a platform to further develop.”

Shell produces one of the lowest-CO2 first generation biofuels available today through its joint venture Raízen, which makes ethanol from sugar cane in Brazil. According to the company, this biofuel can reduce CO2 emissions by around 70% compared with petrol when produced in Brazil.

“The idea that we don’t need any additional gas or gas infrastructure, which you sometimes hear, is misplaced”

Another alternative fuel for transport is hydrogen, which Shell has been involved in for nearly 20 years. “In the late 1990s there was quite a big push for hydrogen, but it floundered a bit. Vehicles were still far too expensive. Now there is a second push, with companies like Toyota having reduced costs by an order of magnitude. The Toyota Mirai costs around €50,000, still expensive, but not out of touch.”

According to Hone, there is “a commitment to hydrogen within Shell”, but whether hydrogen will become the fuel of the future is not clear yet. “Compare it to the VHS and Betamax video systems. VHS became the choice for consumers. Everyone thinks Betamax failed, but it didn’t. It became the large-scale choice for the professional recording industry. Who knows something similar might happen with EVs and hydrogen fuel cell cars. EVs could be best suited for consumers and hydrogen cars for trucks and other large vehicles. It’s a possibility, not more than that.”

In the meantime, what is virtually certain, according to Hone, is that natural gas will continue to play an important role in Europe’s energy mix. “The idea that we don’t need any additional gas or gas infrastructure, which you sometimes hear, is misplaced. Renewable energy cannot stand on its own. There is no such thing as a 100% renewable energy system, except on a small scale. What we now see in Europe is that renewables are balanced primarily with coal, e.g. in a country like Germany. Again a case of the perfect being the enemy of the good. In countries like the UK and the US where coal has to a large extent been replaced with gas, you see meaningful reductions of CO2 emissions. In Germany emissions are mostly flat.”

Hone is convinced that gas – in combination with CCS – is not a “bridge fuel”, but will become a permanent part of the system, above all in the industrial sector. “Industry needs a high delivery of thermal energy for processes, heating, furnaces, and so on. Gas supplies that. It is relatively clean, easy to move around, effective and flexible.”

Shell’s Chief Climate Change Advisor sees “gas with CCS” as a viable way forward. “We are doing this in Canada. In Europe we have not been able to develop a successful pathway yet, unfortunately. The EU’s NER300-programme, an idea that largely came from Shell, was started in 2011 to deliver 10 to 12 CCS projects in Europe, but it has not come off the ground. Yet we do need CCS in the EU, otherwise our climate policy will run into a brick wall in the 2030s. To avoid that, you have to start now. But people don’t make that connection.”

Hone says that “a new approach towards CCS in the EU is badly needed. Hopefully we will come up with some ideas this year.”

On the global picture, does Hone believe it is possible to limit warming to 2 degrees Celsius, as the Paris Agreement calls for? “Certainly at Shell we see there is a feasible way today to achieve net zero emissions by the end of the century. That won’t necessarily get you to 2 degrees, but it does address the problem head-on.”

“Net zero emissions” means achieving carbon neutrality one way or the other. This can mean that fossil fuels are still used, but the associated CO2 emissions are captured and stored. Or  that emissions are compensated, for example by forest carbon sinks.

The lower your temperature threshold, the earlier you need to get to net zero emissions, Hone points out. “To limit warming to 1 degree, you need to be there now. That’s not possible. To limit to 1.5 degree, you are looking to the middle of the century. 2 degrees, to the middle of the next half of the century. If you achieve net zero emissions at the end of century, you are a bit over 2 degrees. So the mission is achievable, the timing is challenging.”

Again, the perfect here is the enemy of the good. “If I offered you net zero emissions but it would take you a while to get there, would you decline that because you have to have 2 degrees Celsius? I think we should do what we can – that is why the gas play is important, why first generation biofuels are important, why all solutions are important even if they don’t end up in the final energy mix. But we continue to have these debates which paralyse policymaking all the while as the clock is ticking. This makes the end goal only more difficult to achieve.”