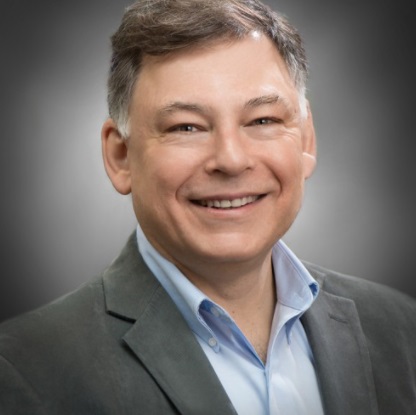 Wireless Charging!! A concept that blows the mind of some, and yet it’s here and in operation. I met Andy Daga at a conference we were both speaking at, and I’ve wanted to get him onto the podcast ever since. From working on the Space Station, to working on irradicating fuel stations, Andy has a fascinating background, and company doing amazing things. I hope you enjoy the episode.

Andy is the founder and President and CEO of Momentum Dynamics.

Andy’s fascinating story takes him from his birthplace of Brooklyn, NY, through Ithaca NY where his family developed the best Italian Restaurant in town through Hawaii,  degrees in structural and civil engineering, architecture and space science and technology, ground-breaking work at NASA and his current role at Momentum Dynamics.

Prior to founding Momentum Dynamics, Andy was a leading consultant to the aerospace industry and contributed to the design of the International Space Station solar power array system, the Mars Pathfinder program, and future mission planning studies with NASA and the US Department of Defense.

Andy will admit that this layered journey wasn’t fully planned, but nor did it happen by accident:  as a child, Andy would travel with his family from his home in Brooklyn to visit their extended family in Philadelphia, PA.  This route took him through New Jersey and past the bleak refineries of Route 95. As a lover of architectural beauty, the outdoors and being obsessive about ‘all things efficiency’, the New Jersey oil refineries were the antithesis of everything Andy wanted the world to be.

Fast forward to Andy’s time at NASA.  He came upon the idea of inductive charging while mulling on ways to save cable weight on the International Space Station and future Mars missions.  Why employ heavy cabling to carry electrons when it could be done efficiently through a vacuum or even the air itself?  Out of this thought was born Momentum Dynamics.

Through his varied experiences Andy has developed a strong capacity to identify engineering talent and manage multidisciplinary engineering and business teams. Andy is a member of the Institute of Electrical and Electronics Engineers (IEEE), and the Society of Automotive Engineers (SAE) where he serves on a number of standards committees. He believes that every precious piece of our finite resources should be fully valued and carefully spent. He envisions a world of zero emissions, zero cables and zero wasted miles doing anything but making our lives better.

He is a devoted husband, family man, polymath and entrepreneur. He is passionate about his dogs and his team at MD – perhaps in that order.

He is still working to make the world a better place, one electron at a time.

Momentum Dynamics develops and produces wireless charging systems for the transport industry.  The company is based in Malvern, Pennsylvania and employees over 60 engineers, technicians and scientists.  The company as deployed wireless systems operating in the United States and Europe. The company’s vision is to increase the adoption of electric vehicles by improving the cost and time efficiency of the EV charging infrastructure and at the time rid the world of charging cables.

Matt commented on ...
Six cities in NSW are developing a smart integrated region.
Australia is one of the countries that has as much widespread and diverse regions as the US, so if they were able to successfully integrate his...