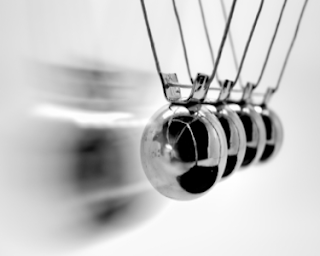 The China Daily reports in its English language editions Feb 1 approvals of new nuclear reactor projects in China will take place at a pace of three-to-four projects per year.

According to Xiao Xinjian, a nuclear energy industry expert, six projects that had already received approval prior to a year-long suspension over Fukushima-related safety checks will likely start construction in the second half of 2012.

He said that the government is likely to shift all new projects to more advanced light water reactor designs such as the Westinghouse AP1000 or a domestic version using the same technology.

Following the events at Fukushima, the Chinese government suspended approvals of new 2nd generation indigenous designs and safety reviews of the nation’s 11 GWe of operating reactors.   The government commissioned one new reactor in May.

Westinghouse is building four AP1000 reactors in China with the first unit in Zhejiang Province scheduled to become operational in 2013.  China has signed a technology transfer agreement with Westinghouse. The Shaw Group is building a factory in China to manufacture reactor components.

According to World Nuclear News, Shaw will supply reactor pressure vessels and steam generators for two of the four being built in China at Sanmen and Haiyang.  Some steam generator and pressure vessel forgings for the two Chines AP1000s have been subcontracted to China First Heavy Industries.

An updated Chinese version of the AP1000, cited as the CAP 1400, is in the design process with significant progress toward bringing the 1400 MW concept off the drawing boards expected later this year.

Finland gets bids on new reactor

(NucNet) Finnish nuclear power company Fennovoima has received commercial bids from Areva and Toshiba for the Hanhikivi-1 nuclear unit which is planned for construction in the Pyhäjoki municipality in northern Finland.

Technical bids were submitted last month and their evaluation is under way, Fennovoima said in a statement a supplier will be chosen by 2013.  Fennovoima short-listed Areva’s European Pressurized Water Reactor (EPR) and Toshiba’s Advanced Boiling Water Reactor (ABWR) as potential technologies.

Construction of Hanhikivi-1 is expected to begin in 2015 and the plant could enter commercial operation as early as 2020.

Finland has four nuclear units in commercial operation and one, the EPR Olkiluoto-3, is under construction. Olkiluoto-3 is scheduled to be connected to the grid in 2014.  It is Areva’s first EPR in Europe and has experienced significant schedule delays and cost over runs.  However, that experience hasn’t stopped Finland from wanting more nuclear reactors to assure energy independence from Russia’s natural gas lines.

France’s failure to make a definite decision about its energy future has left it with little choice but to extend the life of its 58 existing nuclear power plants, an independent government agency has said.

The French Court of Audit (Cour des Comptes), akin to the U.S. Congressional Budget Office, said in a report that 22 of France’s 58 nuclear units are due to reach their 40-year life span by 2022. The country must either sharply increase investment in new electricity production — the equivalent of 11 new 1,000 MW nuclear reactors — or extend the lives of its existing plants if it wants to maintain output at current levels.

The agency noted that the kind of build-up in new generating capacity necessary to replace the aging reactor fleet was essentially “impossible.”  The 11 new plants could cost a minimum of $50 billion.

“This means that in the absence of an investment decision, an implicit decision has been made that already binds France: either extend the reactors beyond 40 years or significantly and quickly move the energy mix to other sources, which would require additional investment.”

No matter what route is chosen, maintenance costs will roughly double, it said, adding 10 percent to production costs.

The agency was critical of the state’s approach to energy policy, saying it would be “desirable that future investment choices not be affected in an implicit fashion, but rather according to an energy strategy formulated, debated and adopted transparently and explicitly.”

The report, made public on Jan 31, also sought to identify the various costs associated with nuclear energy. France has spent €188 billion (about $245 billion) on building its nuclear plants, when the cost of fuel, development and research are included, and the cost of nuclear energy has been rising.

The report estimated the long-term cost of managing France’s nuclear waste at €28.4 billion, a figure it said was “largely guesswork” because of the uncertainty surrounding a project to build a deep geological repository “is still not definite”.

France reprocesses some of its spent nuclear fuel, but eventually, high level waste must be permanently disposed of in a geologic repository.  France does not have one.

A plan to shut 50 percent of all of France’s operation reactors, or 29 units, proposed by a coalition of the Socialist Party and the Greens has been scaled back.  Presidential candidate Francois Hollande, a Socialist, now says only that if elected he will close two 900 MW units located at Fessenheim. He said these are among the oldest units in the French fleet.

However, he maintained a committment to reduce France’s reliance on nuclear energy from 75 percent to 50 percent, but did not specify where the replacement power would come from or how to pay for it.  (See also on this blog: French nuclear fleet could be sunk by socialists – 11/17/11)

According to wire service reports, Bernard Cazeneuve, a Socialist member of the Franch parliement, has called for an aggresssive program of development of renewable energy.  Also, he attacked development work by Areva to produce a 1,000 MW version of its high end 1600 MW EPR design for sale to developing nations.

And he criticized a technology transfer agreement Areva signed with China as part of a deal to build two 1600 MW units in that country along with providing fuel and a separate $15 billion reprocessing plant.  Cazeneuve said these agreements will allow China to compete with France for global market share.

Like their German and Japanese anti-nuclear counterparts, it appears domestic opponents of nuclear energy in France see no contradiction in promoting exports abroad while throttling nuclear energy at home.

Energy minister Eric Besson said Jan 17 that France must maintain its nuclear fleet to remain competitive in terms of its manufacturing exports.  He said that energy intensive industries in France would go under if they lost the electricity they now get from the nation’s 58 reactors. He pointed out that an aluminum plant has told the government it is concerned about the rates it will have to pay for renewable energy compared to nuclear.

CEZ on the hunt for investors

CEZ, the state-owned nuclear utility, has contracted with BNP Paribas to search for a financing partner to build two new reactors at the Temelin site said to have a price tag of $10 billion. The project has been scaled down and divided into two pieces.  The first piece for two units is what is on the table for now.  (See also on this blog – Temelin nuclear deal still in play  11/03/10 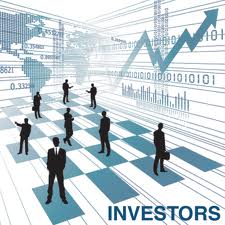 If CEZ doesn’t decide to go it alone to finance its nuclear power plants, it will seek partners in Europe and possibly Asia and especially with other energy companies.  For instance, since Germany is likely to be a big customer of power from the new reactors, it is within the realm of plausible speculation that CEZ might approach German utilities for equity financing.

According to a CEZ spokesman, partners in the financing of Temelín will be sought primarily among European, but also Asian energy giants, with their stake in the project to be limited to 50 percent.

CEZ deputy chairman and CFO Martin Novák has said cash flow remains the main source for the project to expand the nuclear plant in South Bohemia.

CFO Martin Novák recently confirmed the hunt for investors in an interview with Bloomberg Jan 26. He told the wire service agency that CEZ is monitoring the construction of nuclear power plants globally and the trend has been to share the associated costs and risks.

“We are definitely looking at models of how nuclear plants are built today in Europe. We are looking at forms of sharing the risk,” Novák said, adding that by taking on a financing partner, CEZ would have greater space for investing in other ventures.

There are contradictory reports whether CEZ could pay for the units on its own. The original plan was for five new reactors, but it was recently scaled back.

Daniel Beneš, CEZ’s CEO, says he is in favor of a British model of offering guaranteed rates for nuclear generated power aimed at financing new plants.

Czech English language media reports indicate that neither CEZ nor the Czech government have publicly gone into detail about how it intends to finance the proposed Temelín plants or what kind of state support or guarantees might be offered.

The government has aired its options following a skeptical analysis by Candole Partners earlier this month about the economic arguments CEZ can offer to back up the case for going ahead with the Temelín project.

The three bidders to carry out the Temelín expansion contract — France’s Areva, US-based nuclear company Westinghouse, and a consortium led by Russia’s Atomstroyexport and Czech nuclear industry supplier Škoda JS — are due to submit their offers to carry out the work by July 2012. The choice of a contractor, or decision whether the contract goes ahead at all, is expected to be made by the end of 2013.

(NucNet) Horizon Nuclear Power has completed the purchase of land at Oldbury-on-Seven in the UK, the planned site for a new nuclear power station, the British joint venture has announced.

The land is being purchased by Horizon Nuclear Power Oldbury Limited from the Nuclear Decommissioning Authority (NDA), under terms agreed in a 2009 land auction.  Horizon said it is bringing forward plans for the development of about six gigawatts of new nuclear at two sites, Oldbury, and Wylfa in North Wales.  The price of the purchase was not disclosed.