In Indiana Battle Over Self-Commitment, Did Money-Losing Plants Win This Round? Not Entirely 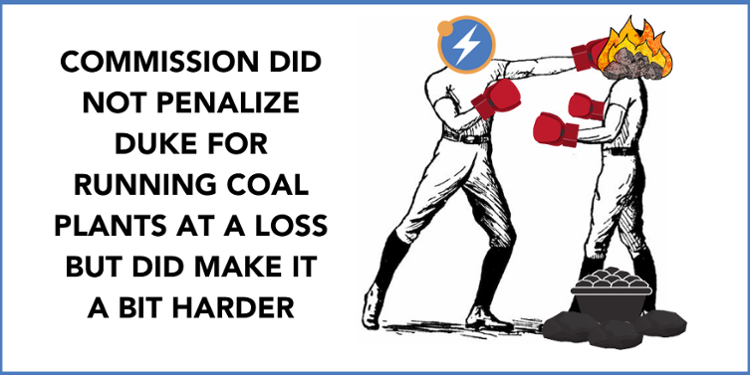 Last week, the Indiana Utility Regulatory Commission (IURC) issued its final order in a proceeding to examine Duke Energy Indiana’s coal-fired unit commitment decisions during the Fall of 2019. While the IURC ultimately declined to order Duke to refund customers for the financial losses it knowingly incurred, the Commission rightly acknowledged that today’s changing energy landscape has complicated the way coal plants should operate. AEE had hoped that the IURC would go further to protect customers from the financial harm caused by Duke’s uneconomic operating practices, but the Commission did push Duke to move toward a better decision-making process for future commitment decisions. With those now under a bit more scrutiny, we look forward to working with Duke on the alternatives we proposed to help the utility give up its costly coal addiction in its 2021 Integrated Resource Plan.

To recap, Duke regularly offers its coal units to the Midcontinent Independent System Operator (MISO) with a “must-run” designation, a practice more generally known as “self-commitment.” This tells MISO that, regardless of the unit’s cost to operate, it must dispatch that unit. This is in contrast to an “economic” designation, which allows MISO to select that unit for dispatch if it is cost-competitive with other available resources. If a unit’s operating costs are more than MISO’s clearing price at the time and Duke says the plant “must run” anyway, Duke loses money. But because it is a regulated, vertically integrated utility, Duke can pass those losses along to captive ratepayers through various IURC proceedings, including quarterly Fuel Adjustment Charge (FAC) reviews.

When used properly, the FAC serves an important purpose. It allows for rate adjustments between general rate cases based on the actual cost of fuel to meet a utility’s electricity demand. However, because fuel costs are usually approved for rate recovery without a comprehensive look at what other more cost-effective resources were available at the time, it can insulate the utility from the consequences of its own over-reliance on fuel-based generation, such as coal. As such, it deserves close scrutiny by regulators – closer than it has traditionally received.

In its FAC proceedings, the IURC examines whether or not Duke made every reasonable effort to provide electricity to its customers at the lowest fuel cost reasonably possible. It reserves the right to deny the recovery of fuel costs, though it rarely does so due to the very limited scope of its FAC review. After intervenors alleged last year that Duke’s heavy reliance on the “must-run” commitment status was violating this “lowest fuel cost reasonably possible” standard, the IURC decided to open Cause No. 38707 FAC 123 S1 to more closely review Duke’s decision-making and determine if customer refunds were appropriate, looking at the months of September, October, and November 2019. AEE participated in that proceeding to urge the IURC to take action against Duke’s unnecessarily costly operating practices.

At issue in this proceeding were three of Duke’s coal-fired plants – Cayuga, Edwardsport, and Gibson. Analysis conducted by Berkeley Research Group (BRG) for AEE found that in those three months alone, Duke’s commitment practices cost ratepayers over $20 million more than if Duke had selected the least-cost option at all times. The losses incurred by Duke were mostly self-inflicted – 93% of operational losses in this FAC period were a direct result of Duke’s decision to self-commit its own resources for reasons not related to system reliability. The analysis also demonstrated that these losses were not isolated events, but rather a pattern of decision-making that routinely costs ratepayers money. In fact, in the following three month period, losses were even greater.

Neither Duke nor the IURC dispute that Duke incurred significant losses, many of which Duke foresaw through its own Daily Profit and Loss Analyses. However, the utility offered a number of explanations for running those plants in spite of predicted losses. Gibson Unit 5 is jointly owned by three different entities and is offered into both MISO and PJM, which adds complexity to the commitment decisions. Duke has a steam contract with International Paper (currently under renegotiation), which obligates it to run at least one of its two Cayuga units at a minimum of 300 MW at all times. Edwardsport, Duke’s Integrated Gasification Combined Cycle plant, capable of running on coal-derived syngas or natural methane gas, has a particularly lengthy startup and shutdown process. It also requires significant auxiliary power to cycle for short periods.

The IURC ultimately found that those reasons justified Duke’s self-commitment decisions, but on relatively narrow grounds. The unique operating features of each of these three plants allowed the IURC to avoid ruling on the broader merits of self-commitment in the absence of extenuating circumstances. Also of note – the Commission declined to opine on the merits of other intervenor recommendations that it saw as beyond the limited scope of this particular FAC review, such as a study of seasonal shutdowns of Duke’s coal plants to limit operation to the seasons when they are most likely to be economic.

(Call it a footnote, but the IURC decision makes the point that financial losses from uneconomic self-commitment represent, in part, a way to use fuel cost as a hedge against customer rate volatility, meaning some uneconomic self-commitment could be justified as an intentional operating strategy to save consumers money. It will be up to AEE and other advocates to persuade the Commission – and potentially regulators in other states faced with this issue – that there are less costly hedging options involving advanced energy available to protect customers from fuel price spikes.)

Perhaps most importantly, the IURC ruling notes “the changing market landscape and the challenges that presents for reasonable unit commitment decisions and their required review.” On this basis, the IURC “strongly encouraged” Duke to work toward development of a more quantified decision-making process that may aid the Office of Utility Consumer Counselor in its statutory summary proceeding review. The ruling orders Duke to meet with the Office within 30 days, and submit quarterly progress reports on this effort.

This language is significant. It tells us that the IURC understands the tension in trying to operate expensive and inflexible coal assets in an increasingly dynamic and market-driven energy environment. This “more quantified” decision-making process should put more of a burden on Duke to document the basis of its daily unit commitment decisions in order to receive FAC approval. To avoid this additional burden, Duke may take a closer look at non-fuel advanced energy resources as an alternative to keeping these inefficient plants running.

AEE maintains that allowing cost recovery for coal plants operating at economic losses makes electricity more expensive for Indiana ratepayers, impedes sound long-term resource planning, risks distorting the wholesale market, and deprives Hoosiers of the benefits of readily available, lower-cost, highly reliable advanced energy resources. Utility regulators should reconsider how they review FACs with an eye to ensuring that the mechanism is only used to recover fuel expenses that are truly necessary or prudent, not just a convenience that lets utilities keep their uneconomic coal plants in business. Until Duke, on its own or at IURC direction, fully examines the ratepayer benefits of a full range of advanced energy resources and alternative operating practices, it cannot in good faith continue to argue that these continued losses are reasonable and unavoidable. Though resource planning fell outside of the scope of this particular FAC review, the FAC revealed the true costs of existing generation relative to actual market conditions, which should be used to inform future resource plans, including the one now under development.

Duke has already indicated in its second 2021 Integrated Resource Plan stakeholder workshop that the utility is discussing elements of AEE’s proposed order, which included seasonal coal operations and a switch from coal gasifiers to natural gas at Edwardsport. We remain committed to working with Duke to study the ways in which a portfolio of advanced energy resources – on both the supply and demand side – can better serve Indiana customers.