On a quiet Wednesday afternoon, I decided to go and see Al Gore’s update on climate change, “An Inconvenient Sequel:  Truth to Power”.  While certainly a powerful update on the importance of climate change and on the need to do something about it, I was disappointed.  Why?  Because, once again, after repeating the phrase “climate crisis” many many many times over its 140 minutes (would really like to know how many times this phrase is repeated), the solutions presented exclude the one with the largest potential, nuclear power.

While showing us melting glaciers and extreme weather, a case is then made that renewables are finally taking hold and the future is now within reach.   The film claims there are jurisdictions that are indeed close to 100% renewables and talks about some already achieving 100% for limited periods of time.

We have talked about this before in our discussion of the recently published study that criticized the popular Marc Jacobson paper claiming a 100% renewable United States is achievable by 2050.  It simply cannot be achieved; and it’s time to focus on a larger basket of solutions that can actually solve the climate crisis. 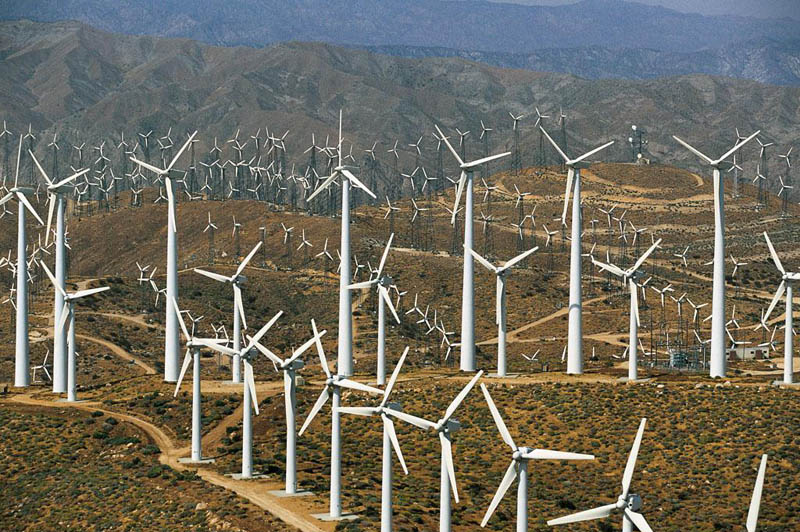 The large Banning Pass 615 MW wind farm in California provides as much energy as one fifth of a standard 1,000 MW nuclear plant – is this what we consider environmental progress?

After watching the movie, I went to the web site and signed up for emails from the Climate Reality Project.  On the first email, there was a box asking for donations labelled “Science Matters”.  And yes, it does.  Science tells us that nuclear power provides large amounts of low carbon electricity economically and reliably.  In fact, during the recent Hurricane Harvey that flooded Houston Texas, it was the South Texas Project nuclear plants that kept running ensuring ongoing electricity supply.  If you want to advocate to resolve the climate crisis, then all science matters, not just the science that supports a certain point of view.

However, there are also important lessons to be learned for the nuclear industry from this movie.  First of all, the environmental movement has succeeded in making the word “renewable” completely synonymous with both “low carbon” and “clean”.  There is little argument from the public when stating renewables are the solution to climate change.  Whereas in reality it is “low carbon” energy that is needed.  Look at any country’s projections for the future and they will talk about their target for renewables, not for low carbon energy.  If we really have a “climate crisis”, then limiting the solution to a subset of what is available when it comes to low carbon options will not lead to the outome that we all need.

There is no doubt that Al Gore is a very credible champion in the fight against climate change.  The nuclear industry does not have the same although change is in the air.  As we discussed last month, there are now pro-nuclear NGOs with credible leadership.  In the movie, Al Gore offers training to support those who want to become climate advocates.  This includes lectures and the provision of useful presentation materials.  I suggest that this is what is required for the nuclear industry.  Provide training in nuclear advocacy and offer up materials to be used.  While there is excellent information available on industry websites such as the Canadian Nuclear Association, the Nuclear Energy Institute and of course the vast resources on the World Nuclear Association site, I would suggest there is still more work to be done.  We now live in a visual world so let’s make sure we offer a large photo gallery and useful charts and diagrams that can readily be dropped into any presentation.  This includes factual information on other forms of energy as well such as wind and solar – and information on countries such as Germany who have taken decisions on their energy future that clearly show their progress, or lack thereof.

So, if the movie is right and the world is in crisis, it makes absolutely no sense to not use all the options available to humanity to solve this crisis.  Limiting the fight to options that are clearly insufficient is akin to madness.   At the end of “An Inconvenient Sequel: Truth To Power,” the audience is asked to take the pledge to be inconvenient — to keep demanding schools, businesses and towns invest in clean, renewable energy.  We agree, be inconvenient and also demand that nuclear power play the significant role that it can to really make a difference because the inconvenient reality is that renewables are just not going to get us there.

Sometimes we need to ask if, for many in the environmental movement, decarbonization is really the goal?  Imagine a world where all the electricity was suddenly generated by nuclear power eliminating carbon emissions completely so that the climate crisis was solved.  Would Al Gore consider this a win?  I just don’t know.

The United States, the home of the car, has yet to make the kind of market impact with electric vehicles (EVs) as it did with the internal combustion engine