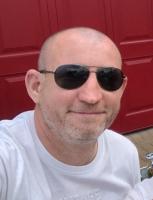 The Illinois Clean Energy Jobs Act is one of the most ambitious climate bills in the country, but it is also a jobs and economic improvement bill. Most legislation gets mired down in talk of price tags, but with CEJA the better question is — how much will the Illinois economy benefit from its passage?

A recent study developed by The Accelerate Group measured the economic impact of CEJA and found the answer — it’s tens of billions of dollars. The new economic impact report released by the Illinois Clean Jobs Coalition shines a light on just how much CEJA would contribute to the state’s economy. Here’s the bottom line: the legislation, if enacted, would result in $39 billion in new private investment in Illinois through 2030.

To date, many people have focused on the important environmental goals of the bill. And rightfully so — the bill would move Illinois to 100% renewable energy by 2050, cut carbon pollution from the power sector by 2030 and electrify the state’s transportation sector. We have long known that it would spur economic activity, especially in the form of new jobs for communities that need them the most, but now we have a better picture of just how much.

So, what will $39 billion in private investment do for Illinois? It means new businesses coming to the state, new companies opening their doors (or existing companies expanding) bringing with them huge amounts of new capital. This will be seen in new wind turbines, solar panels, electric vehicles, battery storage, electrical equipment and retrofits, just to name a few of the tangible goods and services that will flow from CEJA.

There is a fiscal impact, as well. The report finds that CEJA will generate $6 billion in state and local tax revenue over the next 20 years. This money will be of tremendous value to the state and to municipalities struggling — even in good economic times — to pay for schools or first-responders, repair aging infrastructure or to meet growing pension obligations.

This economic activity will also have an enormous impact on the job market, creating new opportunities in the growing clean energy field. If CEJA is adopted, there will be $1.5 billion new private investment in the local workforce each year. Investments will include areas like installation, operations, maintenance, sales, marketing, engineering and other core workforce careers. The report also found that there would be a significant amount of geographic spread to those investments, underscoring the fact that CEJA would help communities throughout Illinois.

When CEJA was introduced earlier this year, many people viewed it as a bill to improve Illinois’ climate. However, it will also significantly improve the state’s economic climate. The bill is likely to be considered in the 2020 legislative session. If Gov. J.B. Pritzker and members of the General Assembly are committed to reinvigorating Illinois’ economy, they can start by passing CEJA. Valuable insight to share on the new work at home environment and how any brand, especially the trusted advisor role that Utility brands offer their customers, can also trust their employees to deliver that same brand ambassador role to customers.

Mark, thanks for sharing your experiences with EnergyCentral readers. There is an unlimited future in nuclear technology which awaits you -...

Thanks for sharing, Mark Gino-- good to hear you got so much from the experience! Do you see a similar full-time role in your future?

Matt commented on ...
Four Things That Do Not Change for Recruiting and Hiring During A Crisis

Makes you wonder how many of the best practices of pandemic-era recruiting & hiring will stick around to improve the 'back to normal' world...