If We Want to Breathe Clean Air, Shutting Nuclear Plants Early is Insanity

People are dying. Lots of people, each and every day. As stated in a study published by Lancet on October 19, “Pollution is the largest environmental cause of disease and premature death in the world today.”

The study continued, “Diseases caused by pollution were responsible for an estimated 9 million premature deaths in 2015—16% of all deaths worldwide—three times more deaths than from AIDS, tuberculosis, and malaria combined and 15 times more than from all wars and other forms of violence.”  And to make matters even worse, it continues, “In the most severely affected countries, pollution-related disease is responsible for more than one death in four.” (Note: James Conca wrote an excellent article following the release of the Lancet paper). 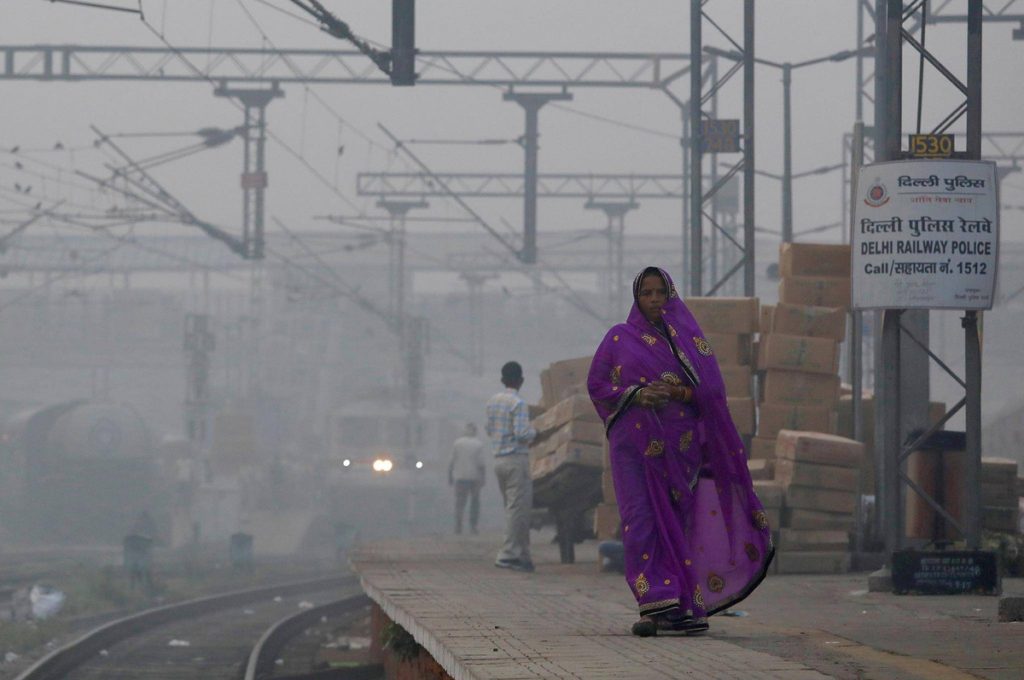 Earlier this month authorities in New Delhi took a decision to spray water over the capital to fight toxic dust in the air.  It’s hard to imagine having to take such extreme action just so people can breathe.

And yet, we seem to want to make it worse, not better, by supporting the early shut down of safe, reliable, and of most importance, CLEAN, nuclear power plants.  Nothing can be more foolish than removing low carbon, non-polluting generating plants from the generation mix when the replacements are almost always dirtier fossil fueled generation.  These nuclear plants still have years of useful life left and are operating safely as clearly evidenced by the regulators who are giving them licenses to operate in their respective countries.

This is sometimes based on local economics such as in the United States, where low cost gas is making nuclear uneconomic in some de-regulated states.  But of more importance, it is more often a result of made-in-the-past anti-nuclear sentiment.  In Germany, shutting nuclear early is accepted as more important than reducing carbon emissions even as new dirty lignite mines are opened to replace them.  In Japan the slow return to service of nuclear plants following the 2011 accident at Fukushima is not only causing an increase in fossil usage but there are now plans to build more than 20 new coal plants.  The previous French government decided to close its oldest two nuclear units early, even though they are licensed for another 10 years, and set a target to reduce the share of nuclear going forward when there is no clear option to replace them.

In Korea, even though a large public review approved the completion of two partially built plants, the Korean government has cancelled further new build plans, and of more importance, is against extending the lives of existing operating units wanting to replace them with a combination of renewables and gas.  They are also on the verge of closing Wolsong 1, their oldest operating plant even though its recent complete refurbishment has made it operable for another 30 years and frankly, makes its components the newest of the four operating CANDU type units on that site.   In the United States, California has decided not to extend the life of Diablo Canyon, claiming it can replace these units with renewables and demand management.  In Belgium, there are plans to retire their units without life extension, etc, etc, and the list goes on.

As for the argument on economics, let’s remember that nuclear plants have very low operating costs due to the low cost of fuel.  However, in some jurisdictions, mostly in the US, low gas prices and subsidized renewables make these plants less economic for now.  Since in all cases, they would be replaced by fossil generation (with some renewable component), the replacements will increase both pollution and carbon emissions and if we include the cost to build new plants, then even with low fossil fuel prices, this new fossil generation will not be more economic than existing nuclear.

Many governments have started to see the reality of the situation.  That is why the fight is on and in many countries efforts are underway to save these reliable non-emitting plants.  In the US, a number of states including New York, Illinois and Connecticut are working to keep plants open and there is a federal initiative to support nuclear plants as a result of their “resilience” (a topic for another day).  In Sweden there is support for extending the lives of existing units and recently the French government has decided to slow its plans to reduce its share of nuclear.

This is why I am proud to live in Canada where the commitment to our existing nuclear fleet is strong.  The new 2017 Long Term Energy Plan in Ontario supports the decision made in 2015 to refurbish 10 more reactors and to maintain nuclear as the back bone of the system for the foreseeable future.  A just released review by the Ontario Financial Accountability Office concluded “Two of the primary benefits of nuclear generation are that it is both relatively low-cost and emits very low amounts of greenhouse gases. There are alternative generation portfolios which the Province could use to replace nuclear generation. However, currently none of the alternative generation portfolios could provide the same supply of low emissions baseload electricity generation at a comparable price to the Base Case Plan”.

So, it appears that we Canadians are indeed sensible people.  We understand that our existing fleet of nuclear plants are reliable, low cost and low emitting.  And it is this good sense that will keep our air clean.  This needs to be an example to others so they can also see that removing existing well operating plants from service early to appease a big green lobby is a crazy risky proposition.  After all, what can be more important than being able to breathe?

Innovative ideas for applications of data analytics and AI to gain wisdom about a utility’s operations to extend asset life, reduce maintenance, increase operational safety and ultimately bringing value and reliable service to the ratepayers