When I began posting on Energy Central over a decade ago, I didn’t know where that would lead. It turned out to be an important step in jump-starting my clean energy career, one of a number of networking activities that came together in an unexpected way to land me my first full-time solar job.

It was 2010. I was ready to make a career change into solar energy, after some years in book publishing followed by a rather long stint at a software company.

I embarked on a lot of exploring and volunteering — and I knew that networking would have to be part of the equation. Like many people, I don’t like the idea of networking, so I thought I’d have to force myself to do it. Then I found EcoTuesday, a Bay Area group with a unique structure that involved a short talk and a networking circle where everyone had a chance to introduce themselves. EcoTuesday made me realize how natural networking can feel when it’s done right. It’s really about pursuing your interests — whether at events or in forums like Energy Central — which naturally leads to meeting people in your field. 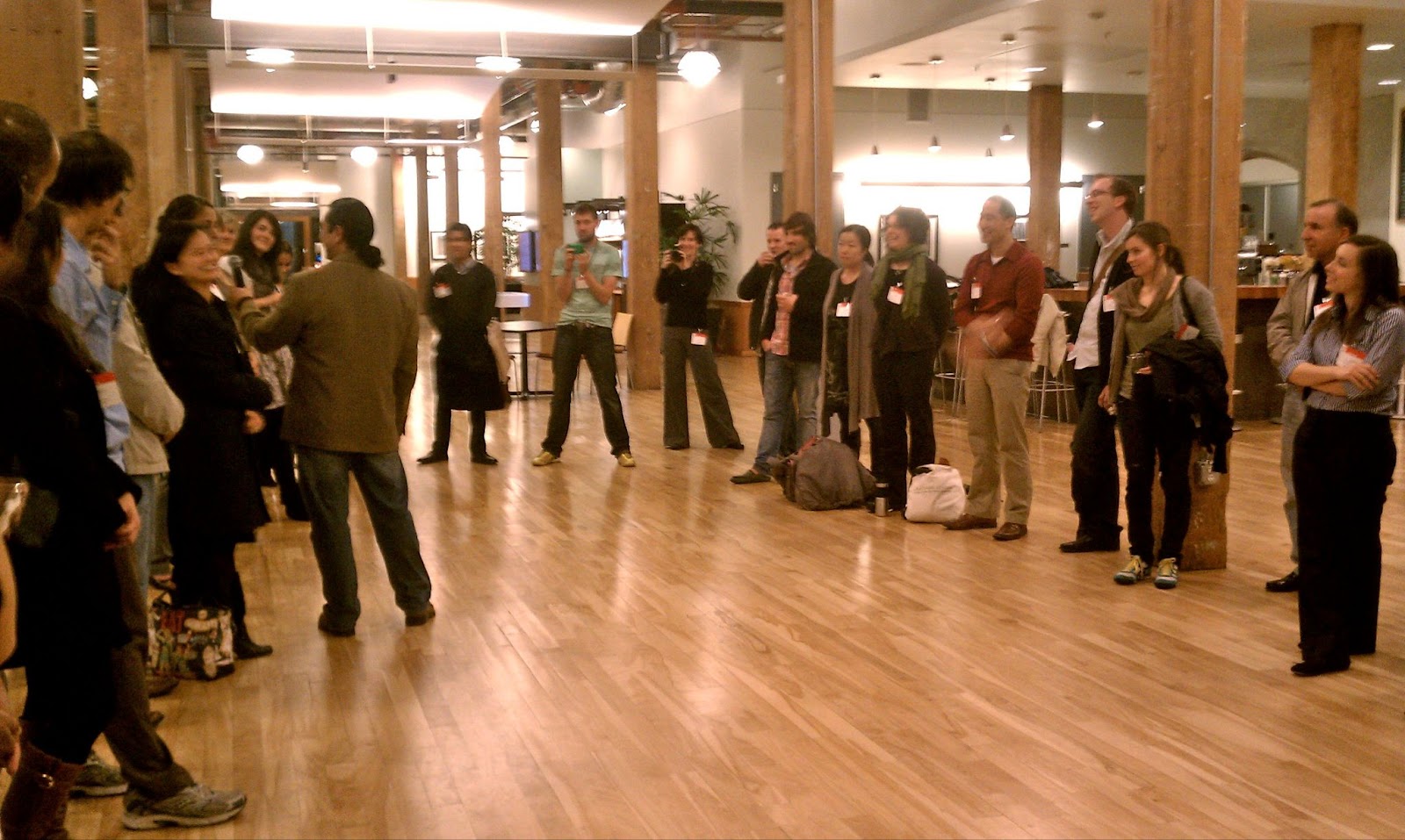 An EcoTuesday networking circle I hosted at the Adobe San Francisco office.

The speaker at the first EcoTuesday I attended was Erica Mackie, co-founder and CEO of GRID Alternatives, a nonprofit that brings the benefits of solar energy to underserved communities. Anyone who’s heard Erica speak knows how inspiring she is — and even better, she offered a way to take action. The GRID Alternatives Solarthon, their annual solar “barn raiser,” was approaching. I didn’t hesitate to sign up. The experience not only provided fodder for a blog post on Energy Central; it also led to 10 years of Solarthons, where I met a number of future clean energy colleagues, one of whom figures prominently in my career story.

Around this time I also began writing blog posts on the side for Mosaic, which was then a solar crowdfunding platform. I had been following a few new solar nonprofits and decided to write a series about them for Mosaic, which I cross-posted on Energy Central. One of the organizations I profiled was Everybody Solar, a nonprofit that helps other nonprofits go solar. 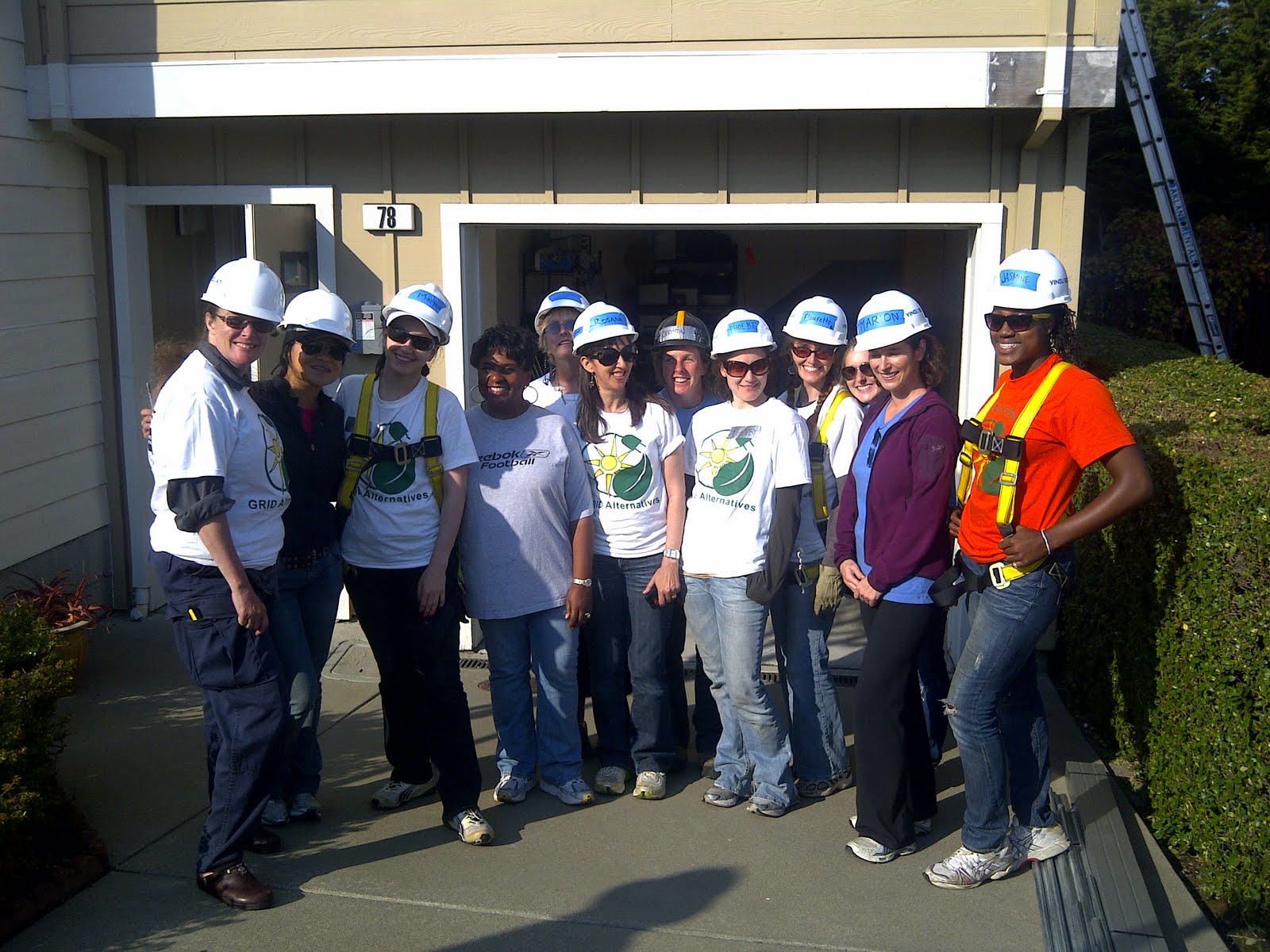 The Women’s Build at the 2011 Bay Area Solarthon, where I met the solar marketer

One day, I got an email from a solar marketer I’d met at a Solarthon — where it turned out I’d been networking without even realizing it, as my motivation was not to network but to help low-income families with solar power. She told me that my Energy Central story about Everybody Solar had been picked up by PV Solar Report in their daily email newsletter. I’d never heard of PV Solar Report, but when I checked out their website I saw that they had a job opening for a Managing Editor / Writer. I knew I had to apply.

PV Solar Report turned out to have a lot more in store for me than I could imagine. I started writing for the publication, which was an excellent way to learn about the solar industry. But Stephen Torres, the founder, had bigger ideas. He wanted to create an online solar marketplace to speed up solar adoption, and that idea became Sunible, a solar startup that I joined as Director of Communications. As employee #1, I established and managed all company communications for what we called "the Expedia of solar" — another great learning experience. And when MyDomino acquired Sunible a year later, my scope expanded to include all kinds of environmental actions that individuals can take. 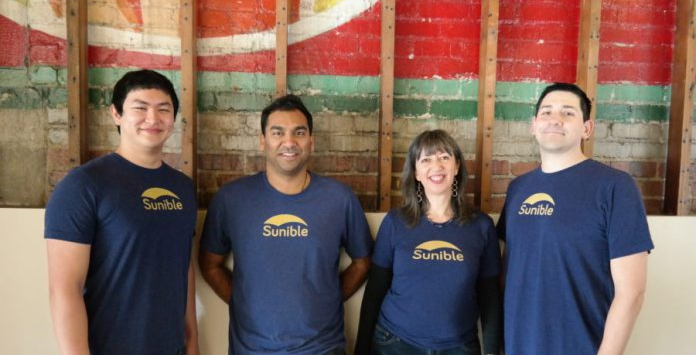 Sadly, these startups didn’t make it. But I hope we did some good through them, and I certainly learned a lot about both communications and clean energy. My next job, as Communications Director for the Clean Coalition, a California nonprofit, focused more on policy actions at a larger scale — further expanding my knowledge and my horizons. As it happens, I’d been writing about the Clean Coalition as early as 2012, also on Energy Central. While working at the Clean Coalition, I continued publishing articles here.

The fruits of networking

While I did engage in some deliberate networking as I worked to make a career change and then build my clean energy career, most of the networking I’ve done has happened naturally. I’ve participated in events that were meaningful to me, like Solarthons, solar rallies, and educational meetups. I’ve attended conferences and parties, parties at conferences, and even a solar conference wedding. I’ve written for numerous publications, including Energy Central. And in the process, I’ve made not only work connections but also some real friends.

After over four years at the Clean Coalition, I’ve decided it’s time for a change. I don’t know what will come next, but I know that the seeds I’ve planted over the years by connecting with other energy professionals, both at events and on Energy Central, will bear fruit — likely in ways I can’t even imagine now. It’s all because of this thing we call networking, which is actually about making connections — whether in person, over Zoom, or on platforms like Energy Central.

Thanks for sharing Rosana! That is so great!

My pleasure, and thank you so much!

I wish you the best, Rosana.

I cherish the opportunity to present along with Bill Powers at one of the Clean Coalition webinars.

If I can help in any way, please let me know.

Thanks so much, Rao! It was great working with you, and I'm sure our paths will cross again.

Congrats Rosana and best wishes. I also have found the Energy Central community to be a valuable part of my work life. Thanks to everyone at Energy Central for providing this incredible and useful resource to practitioners in the energy world.

Thank you, Richard! Energy Central is an amazing resource, and I'm grateful it's here.

“EcoTuesday made me realize how natural networking can feel when it’s done right.”  Thanks for sharing your experience, particularly about networking.  It should be easy to discuss common views and goals but sometimes we overthink it and the anxiety of it all becomes overwhelming.    Social distancing hasn’t helped those of us not eager to get out there but again I enjoyed hearing about how networking, even socially on Energy Central, helped you jump-start your clean energy career.  It’s inspiring.

Thank you, Nevelyn! I used to have to force myself to go to events, even ones not billed as networking, but I was almost always glad I went. The pandemic has certainly not helped; it's easier logistically to meet over zoom, but there's nothing like in person!