How To Eliminate Fuel Poverty 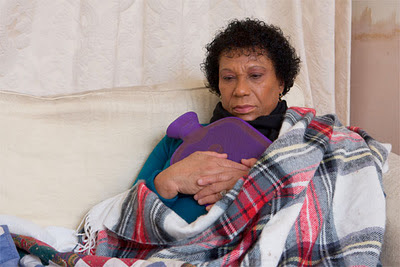 Thousands of lives could be saved by giving energy bill rebates to the fuel poor that are conditional on having smart meters, advice, energy audits and eco-refits.

A recent report by Professor John Hills of the London School of Economics for the Government estimated that at least 2,700 people die every winter because they can’t afford their soaring heating bills.

This is more than the number who die on the roads each year.

Save the Children UK estimates that low-income families may pay up to £250 a year more for energy.

This is often because they do not pay by direct debit and are on pre-payment meters (although not all PPM customers are fuel poor).

But successive governments have found it hard to deal with the problem, and increased fuel prices have only served to make it worse.

Government policies to create a low carbon future are also adding around 8% to average energy bills, although in the future this means the bills won’t be so vulnerable to fossil fuel price rises.

The only real solution to the problem is to help low-income householders use less energy and to improve the energy performance of their housing.

There has been no shortage of support for this idea already. Schemes include:

This is about £1.77bn a year. But they have yet to prove that they provide effective value for money.

In fact the UK is further from eliminating fuel poverty in vulnerable households than ever.

For example, the House of Commons Public Accounts Committee, when it examined the Warm Front in 2009, found it to be poorly targeted despite using means-tested benefits, since nearly 75% of households entitled to a grant are unlikely to be in fuel poverty, yet only 35% of all those households likely to be in fuel poverty are eligible for it, partly because it only applied to private housing.

The scheme did not prioritise those with the most energy-inefficient accommodation, especially in rural areas.

How to eliminate fuel poverty

The first problem is targeting the appropriate households.

But there are severe problems with this: HEED does not include EPC ratings from England and Wales, and anyway EPC ratings will be available only for properties that have been put up for sale, missing out most people, especially pensioners, who do not move.

Therefore much greater attention needs to be paid to gathering and matching information.

It should not be beyond the bounds of the technically possible that much of this work can be done automatically, cross-checking with data from Local Authorities, energy utilities and charities.

After all, it’s the sort of thing which the marketing departments of companies like Tesco do all the time.

But why not actually harness the power of crowd sourcing and encourage the fuel poor themselves to come forward by rewarding them to do so with a reduction and a rebate on their bills?

They should be able to volunteer through a central helpline run by the Energy Saving Trust and publicised by the energy companies themselves, as part of the Energy Company Obligation (ECO), as well through local authorities and charities.

A condition for the receipt of rebates should then be that households are given, through the ECO, an energy audit, and a complete whole house eco-refit based on this audit, followed by training on how to use any equipment that has been installed.

The refurbishment should be done on a whole-home basis to achieve the maximum benefit.

Immediately on coming forward, all these households should also be automatically given smart meters.

When these are installed, the occupants should be visited and show how to use them, and given personal advice on how to achieve even greater reductions in energy bills through broader energy-saving behaviours.

This would get them off pre-payment tariffs straight away, which would reduce their costs.

It would encourage them to set and aim at specific energy usage or bill totals within a week or a month, so that they gain greater awareness and control over their energy use and budgets.

This could reduce their bills by at least 10%.

But this won’t reach every home. Far more fuel poor households are in the private rented sector than are owner-occupiers.

These homes are more likely to be in a poor state.

The 2011 Energy Act will force landlords to improve the energy efficiency performance of their stock from the year 2015, using measures for which there is funding available through the Green Deal or the ECO, if a review, to be held in 2014, reveals that they have not already made voluntary improvements using the Green Deal.

In theory this approach should eradicate the worst performance (F and G SAP-rated), but it doesn’t guarantee a minimum standard, and this needs to be set in absolute terms – say the number of kWh used per square meter per year.

The Warm Home Discount is a step towards such an approach using energy bill rebates.

However, it is currently confined to a single subset of target groups and is not linked at all to any characteristic of the dwelling.

It should therefore be reformed and made conditional on a combination of the above interventions.

This approach is argued for by Paul Ekins, of the UCL Energy Institute, University College London, and Matthew Lockwood, Institute of Public Policy Research (IPPR) and Institute of Development Studies, at the University of Sussex in a new report on Tackling fuel poverty during the transition to a low-carbon economy.

They propose that any energy bill rebates would be paid to eligible recipients, from the moment they are given their smart meters, while their energy efficiency upgrading is being done, and through the follow-up advisory stage.

The cost of this could partly be paid for, they say, through a reform of the Winter Fuel Payments, which is currently also not targeted well enough.

The cost of eliminating fuel poverty

The IPPR and National Energy Action recently tried to estimate the cost of doing this through energy efficiency measures and came up with around £20–30 billion for England, or up to £64 billion for the whole of the UK.

The combined annual average spend on Warm Front, the CERT priority group and CESP is just around £1 billion for 2008–2011.

At that rate it would take 20-30 years to get around to every household in England.

Doubling the annual spend to £2 billion would end fuel poverty in England within 10–15 years as well as creating jobs.

Quadrupling it would bring the end date even nearer.

Given the huge amounts being spent on bailing out the banking system this is a small consideration that would save thousands of lives and vastly improve the quality of life for millions of people in this country.

And it is about the same amount as that spent on the measures I list above anyway – so there wouldn’t be much change, it would simply be better targeted. There would just be the cost of running the helpline and administering the process.

And this sum is not much more than the £1.77bn being spent per year already on the measures listed above.

So there would be just a slight step change financially; and the money would simply be better targeted, with an additional cost for running the helpline and administering the process.

If the cost of a £2bn spend were completely to be passed on to the consumer, it would add £80, or 6%, to an average annual energy bill of £1,200, and the fuel poor would automatically be protected from this by the rebate.

Surely this is worth it?