A History Of Solar Cells: How Technology Has Evolved

Brooke is the content coordinator at SolarPowerAuthority, a leading renewable energy and solar industry website. Brooke is a part-time blogger, and a full-time environmentalist. Her crusade for... 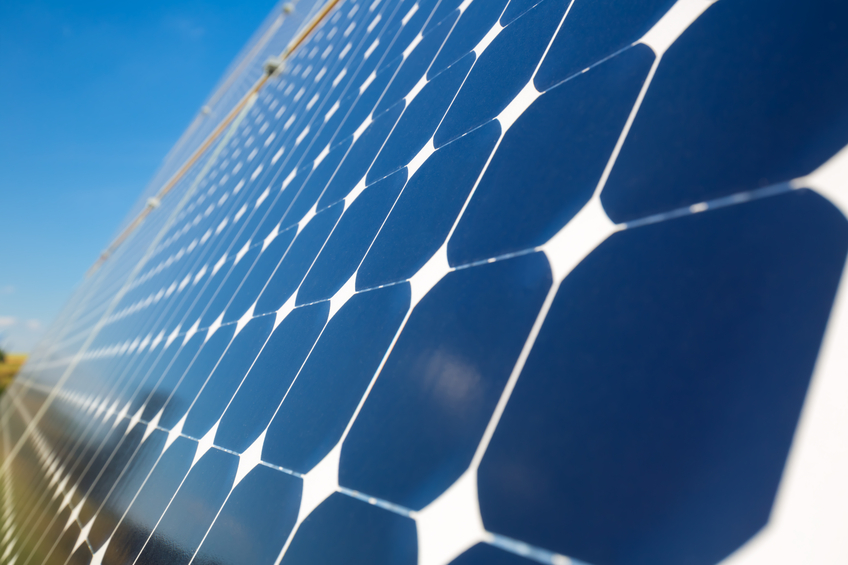 Though solar power as we know it is no more than 60 years old, the discoveries that led to the solar cell began nearly 200 years ago. These discoveries about the properties of light and conductivity have made solar power what it is today.

To help you better understand how solar cells came to be, we’ve provided a timeline of the discoveries and inventions that led to their creation.

French scientist Edmond Becquerel first discovered the photovoltaic effect in 1839. This process occurs when light is absorbed by a material and creates electrical voltage. Most modern solar cells use silicon crystals to attain this effect.

English electrical engineer Willoughby Smith discovered the photoconductivity of selenium, meaning it becomes electrically conductive when it absorbs light. Three years later, William Grylls Adams and Richard Evans Day learned that selenium could produce electricity from light without heat or moving parts that could easily break down. This discovery proved that solar power was easy to harvest and maintain, requiring fewer parts than other energy sources — such as coal-fired plants.

New York inventor Charles Fritts created the first solar cell by coating selenium with a thin layer of gold. This cell achieved an energy conversion rate of 1–2%. Most modern solar cells work at an efficiency of 15–20%.

1887: THE PHOTOELECTRIC EFFECT IS OBSERVED

After years of experiments to improve the efficiency and commercialization of solar power, solar energy gained support when the government used it to power space exploration equipment. The first solar-powered satellite, Vanguard 1, has traveled more than 197,000 revolutions around Earth in the 50 years it has been in orbit. This application paved the way for more research to decrease costs and increase production.

As oil prices rose in the 1970s, demand for solar power increased. Exxon Corporation financed research to create solar cells made from lower-grade silicon and cheaper materials, pushing costs from $100 per watt to only $20–$40 per watt. The federal government also passed several solar-friendly bills and initiatives and created the National Renewable Energy Laboratory (NREL) in 1977.

1982: THE FIRST SOLAR PARKS ARE CREATED

Arco Solar built the first solar park — basically a solar power plant — in Hesperia, California, in 1982. This park generated 1 megawatt, or 1,000 kilowatts per hour, while operating at full capacity. This could power a 100-kilowatt lightbulb for 10 hours. In 1983, Arco Solar built a second solar park in Carrizo Plains, California. At the time, it was the largest collection of solar arrays in the world, containing 100,000 PV arrays that generated 5.2 megawatts at full capacity. While these plants fell into disarray with oil’s return to popularity, they demonstrated the potential for commercial solar power production.

Solar research continued to expand into other commercial industries: Thomas Faludy filed a patent in 1995 for a retractable awning with integrated solar cells. This was one of the first times solar cells were used in recreational vehicles. Today, this feature is a popular way to power RVs.

In 1994, the National Renewable Energy Laboratory developed a new solar cell from gallium indium phosphide and gallium arsenide that exceeded 30% conversion efficiency. By the end of the century, the laboratory created thin-film solar cells that converted 32% of the sunlight it collected into usable energy.

As technology and efficiency of solar cells have increased, residential solar power has become more popular. DIY solar panels started hitting the market in 2005 and have become more prevalent with each new year. Today, there are many ways to make your own solar panels, from putting together a solar panel kit to planning a solar array.

Solar cells as thin as paper can now be manufactured using an industrial printer. They have 20% power conversion efficiency, and a single strip can produce up to 50 watts per square meter. This is great news for the 1.3 billion people in developing countries, as the strips are flexible and inexpensive to produce.

A research team from the University of California, Berkeley, and the Australian National University discovered new properties of nanomaterial. One of these properties is called magnetic hyperbolic dispersion, which means the material glows when heated. If combined with thermophotovoltaic cells, it could turn heat into electricity without the need for sunlight.

Solar power has come a long way in the past 200 years, from observing the properties of light to finding new ways to convert it into power. This technology shows no signs of slowing down — if anything, it is advancing at an unprecedented rate. Stay up to date on the latest solar news and advances to decide if solar power is right for you.

brooke, your vaunted solar will cause blackouts this summer in California, and part of me is looking forward to them. This is not some projection I’m inventing for the purposes of argument, but physics – science – with tragic implications which far outweigh the benefits of teaching childish renewables advocates a lesson. Let me explain.

California’s famous “duck curve” is the result of the preference given solar generation during the middle of the day. The California Independent System Operator (CAISO) uses a merit order process to encourage generating as much electricity as possible with “renewables”, so fossil methane (“natural gas”) generation is cut back in an inverted bell curve, centered around 1PM.

That becomes a problem in hot summer months. Late afternoon, when air conditioners are kicking in, is exactly when solar is checking out – so natural gas generation must ramp up to fill the gap. On several days this summer, gas generation will have to increase by over 4 billion watts/hour to satisfy demand.

The problem is – it can’t. The pipes transmitting natural gas to utilities won’t be able to move gas fast enough to make up for solar’s shortcomings.

The result is not rolling blackouts, just…blackouts. Electricity will shut down. I live in Burbank, CA, which happens to be ground zero for the affected service area. Because I grew up in the Midwest with severe winter storms, I’ll be as ready as I can be. Who won’t be ready are the happy, naive solar advocates who have never experienced a blackout – they will be helpless. Not only will their X-Boxes stop working, but their computers, their televisions, their phone chargers, their air conditioners, their refrigerators, Mom’s washing machine, Twitter, Facebook, Instagram, WiFi…kaput. Who would have thought reliable, dispatchable electricity service could be so, like, taken for granted?

There are other people who won’t be ready: elderly, less-affluent electricity customers, some of whom will die in the sweltering 100º+ heat which is common here in September. On their behalf – thanks for nothing.

onedit: My “thanks for nothing” is extended to the cowardly “renewables” advocates who, in lieu of any capability for providing a response, have down-recced my post twice in a matter of minutes.