History May Convey Some Hope for Biden’s Climate Agenda

Before launching into unbridled enthusiasm about the implications for environmental policies of the change from Trump to Biden, it can be helpful to place this change into some historical context.  Someone who is exceptionally well qualified to do this is my guest in the latest episode of my podcast, released today – Daniel Esty, who held a variety of senior roles in the George H.W. Bush (Bush 41) administration, and has been a close observer – and sometime consultant – on environmental policies of the four subsequent Presidential administrations.  You can hear our complete conversation in the Podcast here.

In these podcasts – “Environmental Insights: Discussions on Policy and Practice from the Harvard Environmental Economics Program – I talk with well-informed people from academia, government, industry, and NGOs.  Dan Esty certainly belongs in this group, as he has occupied positions in two of these sectors, and has worked with all four!  Currently, he is the Hillhouse Professor at Yale University, with primary appointments at the Environment School and the Law School.  I’m pleased to say that he and I are both proud, long-time members of the Board of Directors of Resources for the Future, the Washington-based think tank.  Dan is the co-author with Todd Cort of a new book, Values at Work: Sustainable Investing and ESG Reporting.

Early in our conversation, Dan Esty reflects on his time in government, and recalls the high degree of bipartisanship that characterized voting in the U.S. Congress 30 years ago on the path-breaking Clean Air Act Amendments of 1990, when 96% of Democrats and 87% of Republicans in the House of Representatives voted in support (in the Senate, 91% of Ds and 87% of Rs voted in the affirmative).  This stands in sharp contrast with voting in 2009 on the Waxman-Markey climate legislation, which had support from 83% of Democrats and 4% of Republicans!

In regard to the recent presidential transition, Dan comments that he was disturbed by the ease with which the Trump Administration rolled back environmental policies, but is heartened by the change of leadership in Washington and the course that the new administration is charting.

“I’m excited about having a commitment across the administration to good science, good data, and good analysis. And, frankly, the elevation of the White House Science Advisor to Cabinet-level status is a signal of that, and an important one, that…science is back, and we’re going to build on the best evidence we can establish, and drive policy from there,” he says.

Esty commends President Biden for many of his high-level appointments, including John Kerry as climate envoy, Gina McCarthy as domestic climate change czar, Jennifer Granholm as Secretary of Energy, Pete Buttigieg as Secretary of Transportation, and Michael Regan as Administrator of the Environmental Protection Agency. Kerry in particular, Esty notes, can play a critical role in helping rally international support for climate policy as the U.N. Conference of the Parties prepares to hold its next annual meeting, this November in Glasgow, Scotland.

“There’ll be a big push as we approach that November gathering in Scotland to really have countries demonstrate renewed commitment and increased ambition to speed up the pace at which de-carbonization takes place,” Esty says. “We’re not going to renegotiate the Paris agreement, but I think John Kerry is the one who could say, the U.S. is back in this agreement, serious of purpose in terms of its own strategy for emissions reduction, and he will be able to tell that story with conviction to the leaders across the world.” 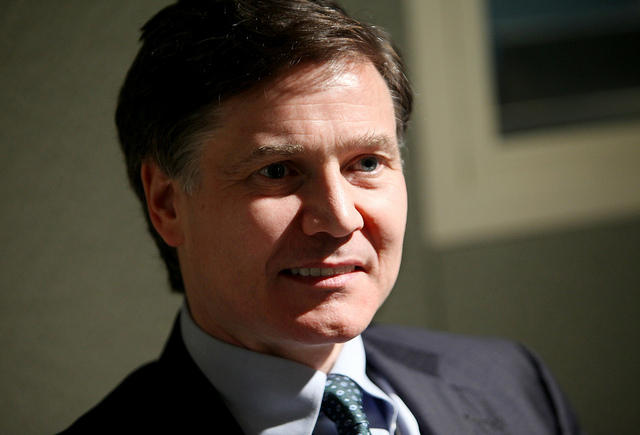 Dan is cautiously hopeful that the new administration will deploy a bipartisan approach to domestic climate policy as it lays the foundation for the transition to a clean energy economy in the United States.

“There is a hope, but I know that it’s a tough moment, that we might get back to a time, perhaps not this year or next, but at some point soon, when more of the agenda does move on a bipartisan basis.  I think we’re going to need to see a new tool box, a new set of approaches to the strategy of moving to clean energy, and I’m excited about that because I think it offers the promise, not the certainty, but the possibility of bringing together a broader coalition across party lines.”

Dan’s hope is commendable, and given the current state of political polarization in the U.S. Congress, he recognizes that it will require some truly inspired and highly creative proposals from the new administration to bridge the divide that exists.

My conversation with Professor Esty is the 20th episode in the Environmental Insights series, with future episodes scheduled to drop each month.  Previous episodes have featured conversations with:

“Environmental Insights” is hosted on SoundCloud, and is also available on iTunes, Pocket Casts, Spotify, and Stitcher.

There is a huge difference between the Clean Air Act, which dealt with pollutants and did not include CO2 as a covered pollutant and Waxman-Markey, Kerry-Boxer and Kerry-Lieberman.

There is a huge difference between the Paris Accords and a treaty.