As the U.S. Congress and the Trump administration continue to discuss the possibility of a second major economic relief bill, many observers in this country and other countries maintain that any eventual economic recovery package ought to include green elements that can help move the country along a path toward a more carbon-friendly society.  That is the topic of the most recent (October 19th) webinar in our series, Conversations on Climate Change and Energy Policy, sponsored by the Harvard Project on Climate Agreements (HPCA), in which I have the pleasure of hosting my colleague, Joseph Aldy, Professor of the Practice of Public Policy at the Harvard Kennedy School.

As you know, in this webinar series we feature leading authorities on climate change policy, whether from academia, the private sector, NGOs, or government.  A video recording and transcript of this latest webinar are available here.

Joe Aldy has had significant experience in more than one of those realms.  In addition to being a professor at Harvard, Joe has worked in government in a variety of positions, most recently as Special Assistant to the President for Energy and Environment in the Obama administration.  On a personal note, I’m pleased to say that we have been colleagues for many years, going back to when Joe was a Ph.D. student in economics at Harvard.  Subsequent to that, when he was a Fellow at Resources for the Future in Washington, D.C., he and I were the co-founders of the Harvard Project on Climate Agreements.  Over the years, we’ve co-authored quite a few books and articles, including one that will be published later this year in Climate Change Economics. 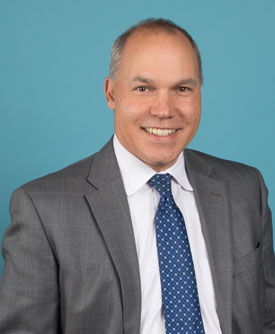 In his webinar presentation and the subsequent discussion, Joe shares his perspectives on lessons that can be learned from the 2009 American Recovery and Reinvestment Act, which policymakers can apply to future economic stimulus negotiations.

“There is clearly a growing interest in thinking about ways in which we can both tackle the COVID-19 recession, establish an economic recovery, and rebuild the economy, and do so in a way that addresses climate change,” Aldy remarks. To do so, he continues, a plan must be timely, targeted, and in some ways temporary, so as not to outlast its need and effectiveness. “At the end of the day you need something that is politically viable. You need something that is a bill that can then become a law. All of this should play into how we think about the design, crafting, and subsequent implementation of a recovery program.”

Aldy highlights the successes of the 2009 Recovery Act, pointing to the 900,000 jobs it created through green energy investments, and the subsequent growth in renewable power, particularly solar and wind.

“I think what’s important is not just to think about what was the impact of having subsidies for two or three years during the Recovery Act period for wind and solar, but recognizing that pushing out those technologies in those early years helped drive down the cost over time to enable even more significant expansion in our capacity of wind and solar in the past half dozen years,” he said.

But Joe also points out the shortcomings of the Recovery Act, arguing that some elements, like the “Cash for Appliances” subsidy program, were poorly targeted, rewarding those who would have purchased the items even without government assistance. He also cites the fact that some green projects, like carbon capture and storage and high-speed rail, were nixed or downscaled when non-federal partners withdrew from their obligations and the federal government chose not to move forward on its own.

Targeting programs so that they reach underserved and lower-income populations is important, Aldy notes, but so is the simplicity of design.

“Simplicity is really important, although I recognize there is a tension between wanting to be very thoughtful and how you target. Sometimes you might need to be a little less simple to be more effective in targeting, but you want to try to strike the right balance so that you don’t make the program so complicated that a lot of potential participants in the program shy away from its complexity, or delays the rollout of the program.”

When we are halfway through the one-hour session, I pose some questions submitted by members of the virtual audience on a wide range of issues.  One question seeks Joe’s insights about how a Biden Administration, if elected in November, would differ from a second-term Trump Administration in its approach to advancing a green economic stimulus package.

“If Trump were to be re-elected, I don’t think there will be much that would be meaningful that would be focused on green energy in a recovery package,” he said. “For a President-elect Biden, I think that there could be considerable investment here. He has talked about…a significant ramping up of spending on the order of $2 trillion over four years, and a large fraction, about 40-percent, would try to target underserved communities.”

Regardless of who is elected, Aldy says, policymakers need to be cognizant of the politics of green energy investment, and design their programs accordingly to appeal to elected officials in red as well as blue states.

“They may not talk much about climate change, but if it means creating demand for new construction jobs in their district or in their state, that might be something that they find attractive,” he argues. “At the end of the day, there’s a bit of the politics and the sausage making, if you will, in how you craft all the different kinds of components into a piece of legislation that effective leaders, people who know how to pass bills in Congress, know how to do that so they can then count the votes and get their bills passed in their chamber.”

All of this and more can be seen and heard at this website.  I hope you will check it out.

The next HPCA Conversation on Climate Change and Energy Policy is scheduled for November 12th with guest Jason Bordoff, Professor of Professional Practice in International and Public Affairs at Columbia University.  Please register in advance for that event on the HPCA website.

The post Greening an Economic Stimulus: Lessons from Experience appeared first on An Economic View of the Environment.