A Green New Deal can’t be concocted out of hot air. The thermohaline circulation has been described as the planet's great heat engine. It is a pipeline driven by density gradients created by surface heat and freshwater variations that play an essential role in moving heat around the globe and in determining its climate.

Shimokawa and Ozawa considered the question Thermodynamics of the Oceanic General Circulation – Is the Abyssal Circulation a Heat Engine or a Mechanical Pump? and concluded that abyssal circulation (the thermohaline) can be regarded as a heat engine because mechanical work  is generated to maintain the circulation. This circulation, however, is slow, about 1000 years to make a complete loop, and the only useful mechanical work it influences is the winds.

An isometric view of this circulation was produced by Lynne d. Talley in relation to Antarctica, in the article Closure of the Global Overturning Circulation Through the Indian, Pacific, and Southern Oceans, which unfortunately changes the color scheme of the water compared to the Rahmstorf figure, which is the color scheme used throughout the balance of this article. 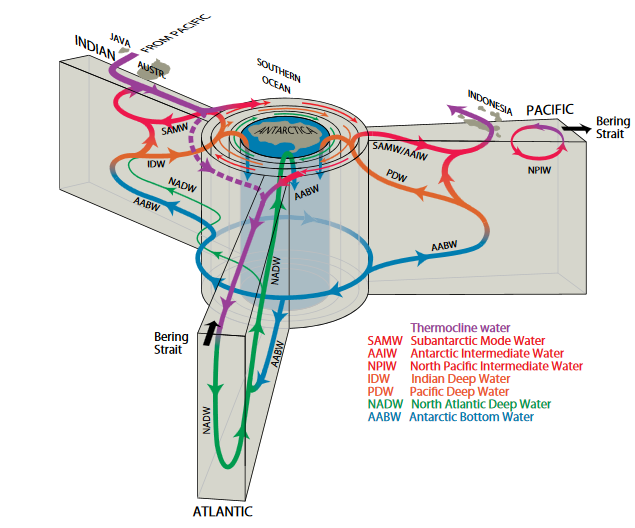 Trenberth and Caron in Estimates of Meridional Atmosphere and Ocean Heat estimate the total heat flux transported by the Earth's atmosphere and oceans away from the equator towards the poles is 5 petawatts (5*1015 watts) with about 2 petawatts attributed to the oceans where 93 percent of the heat of warming is accumulating.

The current energy imbalance of the planet attributed to global warming is 0.38 petawatts at this time or about 17 percent of the total heat transported through the oceans each year.

The Earth’s energy imbalance is measured in watts per square meter which muddles the issue because the bulk of the heat accumulating on the surface arrives 23.5 degrees either side of the equator between the Tropic of Cancer and the Tropic of Capricorn per the following section of the global map.

And this heat is further distributed unevenly per the following section of the global heat map where the heat is shown from yellow to red according to its intensity.

The following is a sectioning of the Rahmstorf thermohaline map in the same proportions as Figures 3 and 4.

The following is a representation of 5 petawatts of heat moving away from the equator towards the poles.

And the following is a top view of a 3D model of the section represented by Figure 5.

Whereas the thermohaline, in particular, the red line representing the surface flow in Figure 2, is a narrow channel, the thermocline is spread across this area more like the heat in Figure 4 as represented by the array of smaller red lines in Figure 7.

An Isometric view of the 3D model is shown in Figure 8 and shows how the thermocline thickens from east to west in the Atlantic and the Pacific and reverses in the Indian Ocean. In all cases because of the prevailing winds that mix the surface waters and thicken the thermocline as represented by the red circles.

This mixing moves heat to a maximum depth of about 250 meters in the Eastern Pacific per Figure 9. 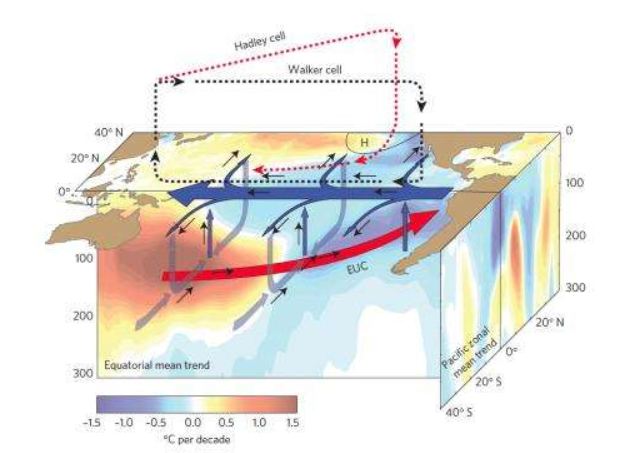 Figure 10 on the other hand shows how surface heat can be moved below the thermocline by heat pipes (orange) 1000 meters long, into anthropogenic heat engines (yellow), and returns by diffusion as represented by the pink cylinders to the surface where the residual heat not converted in the heat pipes is recycled (purple bars).

These heat engines can convert about 7.6 percent of the 0.38 petawatts of warming to primary energy while reducing surface heat, ocean acidity, sea level rise and storm surge none of which is accomplished by any other form of energy.

Although these systems are scaled correctly spatially, there is a time component to these cycles as is adjusted below. 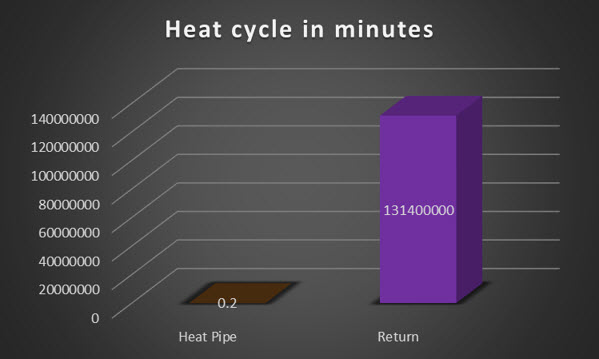 Figure 12 is a side view of the heat pipes that convert the heat of warming to mechanical energy and shows how much deeper these are than the thermocline and their relationship to the surface.

Figure 13 shows an isometric view of the bottom showing how the heat moved to deep water would have very little influence on the thermohaline circulation.

By far most of the heat of warming would be isolated in this box the same way as the 7 percent of the warming that is accumulated in the atmosphere, in ice, and in the land is trapped by greenhouse gases that would be reduced by the replacement of fossil fuels with this renewable energy.

Figure 14 shows how these systems remove heat from the rest of the surface to service the heat pipes and to replace the heat migrated out of the region by the thermocline water of the thermohaline circulation.

They are the inverse of Figure 6.

There is a quantum aspect to these systems in that starting with an initial 0.38 petawatts of warming we derive 3,250 years’ worth of energy at a rate of 29 terawatts a year even as the .38 petawatts is degraded and is constantly moved out of the region and is replaced by new solar energy that is circulated by the thermohaline.

In a recent CNBC article about the “New Green Deal” Daniel Finn-Foley, senior energy storage analyst at Wood Mackenzie Power and Renewables is quoted as saying, "There is no solution for 100 percent renewable that doesn't require massive amounts of storage."

If you want a New Green Deal, you best not try to concocted it out of hot air.

Jim, at least we agree the Green New Deal is concocted out of thin air, together with a generous helping of youthful exuberance. And that water is effectively storing massive amounts of heat - there's a lot of energy down below. I don't believe you'll find any geophysicist with whom to argue that point.

There's a lot of energy up above too, in the sun, but somehow it resists attempts to turn the meager portion the Earth receives into a reliable supply of terrestrial electricity. With OTEC, the hitch is in the "C" - the conversion of oceanic heat energy into electricity. So if your goal is to persuade readers and policymakers of OTEC's value as a source of electricity, I think your efforts would be better focused on the engineering necessary to make such an approach viable.

"There is a quantum aspect to these systems in that starting with an initial 0.38 petawatts of warming we derive 3,250 years’ worth of energy at a rate of 29 terawatts a year..."

Then we would know how much heat is removed from the surface each second, a more useful metric. It's not a trivial distinction.

Jim, you're mistakenly equating "kilowatts" and "kilowatthours" - power vs. energy. The second unit represents how much energy is transferred, at a rate of 1 kilowatt, in one hour.

Nameplate capacity is the number registered with authorities for classifying the power output of a power station usually expressed in megawatts (MW). The references are the EIA and the NRC.

It is not expressed in MW/yr since the /yr is redundant but I don't understand the fixation on this.

Trenberth and Caron report the total heat flux transported by the Earth's atmosphere and oceans away from the equator towards the poles is 5 petawatts - full stop? It is assumed that is for a year.

Jim, the term "capacity" is often a source of confusion because in energy it's used in two contexts: 1) the amount of energy a battery can store, vs. 2) the maximum output of a power plant.

Because power plants can't store energy, "nameplate capacity" is presumably the plant's maximum output. But for batteries, you'll see capacity cited in both contexts, measured in watthours and watts. Though it occasionally ties even utility execs in knots, the two figures refer to two entirely different metrics of battery performance: energy storage capacity vs. maximum output.

When Trenberth and Caron cite 5 petawatts, they are referring to the rate heat energy is being transported from the equator to the poles. Unless they specifically cite "an average [or maximum] yearly rate of 5 petawatts", it's assumed to be an instantaneous rate. "5 petawatts per year" makes no sense - kind of like saying, "my car is traveling at 90 miles per hour per year."

energy storage - 380 TW per year in the oceans.

I guess I am amongst those tied in knots by the distinction but thanks for the edification.