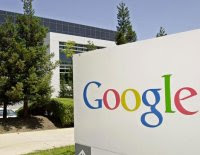 Originally posted at the Breakthrough Institute

Lending his voice to a growing consensus that congressional climate policy must make dramatically larger investments in energy R&D in order to accomplish its stated objectives, Google Director of Climate Change and Energy Initiatives, Dan Reicher, delivered the following message in testimony before the Senate Committee on Environment and Public Works (emphasis in original):

Reicher also highlighted the fact that a price on carbon will not be sufficient to position the U.S. competitively as a world leader in clean energy innovation.

“But let me emphasize that putting a price on carbon, while absolutely necessary, is not sufficient to address the climate problem and, importantly, will not put the US in the position to seize the extraordinary opportunities that will come with rebuilding the global energy economy.”

Overall Reicher’s commentary drew pointed attention to the need for direct public investment – on the order of $15 billion annually – in clean energy R&D to make up for a funding drop off in the sector over the last few decades, as well as to “nurture” basic R&D, a high risk step in the innovation process that is traditionally unattractive to private interests.

Reicher also warned that funding levels currently boosted by the economic stimulus package (ARRA) could fall of a “funding cliff” unless significantly larger allocations are made in Congressional legislation.

“To successfully confront the climate crisis – and secure the associated economic and security benefits – we must nurture the seed corn that leads to further technological breakthroughs in clean energy. From energy efficiency and renewable energy to advanced nuclear and fossil technologies, we need to greatly accelerate US energy R&D efforts. Unfortunately, no matter how you measure it, U.S. government investment in clean energy R&D is woefully inadequate. Today federal energy R&D expenditures are just one-fifth of their 1980 peak as a percentage of GDP. In contrast, Japan has kept a steady investment in energy research and actually outspent the US as of 2004. And China is rapidly increasing energy R&D spending as well.

Our failure to invest becomes glaringly apparent when we realize that of the top five manufacturers of wind turbines only one is American and further that the US is home to only one of the 10 biggest solar panel producers in the world and only two of the top 10 advanced battery manufacturers. In contrast, all five of the world’s leading Internet technology companies – Amazon, eBay, Google, Microsoft and Yahoo – are American. The Internet itself, was the product of federally funded R&D work by the DARPA in the 1970’s. In 2007, electronic commerce made possible by the Internet, contributed over $3.3 trillion to the U.S. economy.

Since 1980 U.S. federal investment in energy R&D has dropped by 58 percent. At that time, 10 percent of the total government R&D investment was in energy. Today, the percentage has shrunk to only two percent. The federal stimulus package has certainly provided a much needed shot in the arm for US clean energy programs and projects but there is a clear risk of falling off a “funding cliff” when these investments run out and we return to the normal appropriations process.

We were encouraged when President Obama, in his February budget address, called for investing $15 billion per year over the next decade to develop clean energy technologies. And this Spring, in a speech at MIT, Energy Secretary Chu said that to address the climate crisis energy R&D spending must move closer to the levels of the high-tech industry, which are generally around 10 percent of company sales. Some experts go even further. Professors Dan Kammen and Gregory Nemet at the University of California Berkeley, propose that annual energy R&D levels up to and exceeding $30 billion will be necessary to address the climate challenge, a view shared by the Brookings Institution.

There is a view that somehow the private sector will fill the serious gap that exists today in energy R&D. First, energy companies large and small are cutting not expanding their research budget. Second, university research budgets have been hit hard in the recent recession. And third, while venture capital investment has helped address the R&D shortfall, by its nature this kind of funding is more at the applied end of R&D where a commercial “exit” has serious promise. The high risk early stage research funded by government that has brought us major breakthroughs in biotech, information technology, and energy is generally not the province of venture investment.

The CEJAPA has only a brief energy research subtitle with no specific authorization and there are scattered additional R&D programs such as one to address the reliability, aging, security and other aspects of nuclear power. The Senate Energy Committee’s American Clean Energy Leadership Act would double the authorization level of the Department of Energy’s energy R&D program from $3.28 billion in fiscal year 2009 to $6.56 billion in fiscal year 2013. This is a start but a long way from the President’s plan. The House of Representatives in the ACES bill has also not stepped up fully.

As a result of this serious energy R&D funding gap, 34 Nobel laureates recently wrote to President Obama asking him to press Congress to adopt legislation that would fund clean energy R&D at an amount approaching the level he proposed in February. The Nobel laureates stressed that funding at this level “is essential to pay for the research and development needed if the U.S., as well as the developing world, are to achieve their goals in reducing greenhouse gases at an affordable cost.” And they went on to emphasize that “stable R&D spending is not a luxury, it is in fact necessary because rapid scientific and technical progress is crucial to achieving these goals, and to making the cost affordable.”