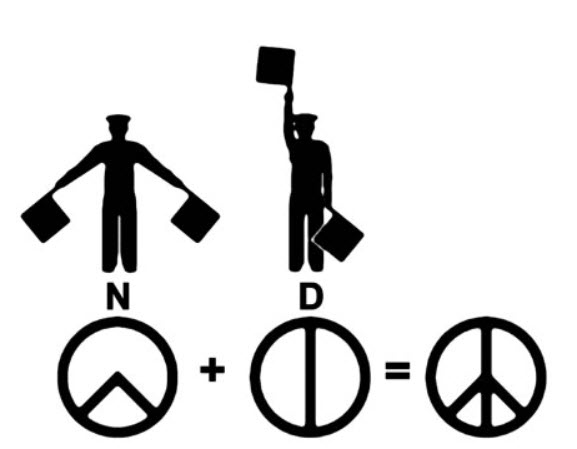 Energy has been weaponized economically, politically, and militarily for over a century. And the current limited conflict, financed on the aggressor’s side by petroleum dollars, is producing global economic and political destabilization and potentially, wider, military engagement.

About 100 countries have petroleum reserves but only 15 of them have at least 1% of the total and only Russia and the United States with 4.8% and 2.1% each have the power, backed by their nuclear arsenals, to unilaterally wield the military option.

Five continents. 133 countries and territories however border the world’s oceans and seas, which are the  greatest global common and the repository of 93% of the heat of global warming that in turn is a potential and universal, source of energy.

The thermal stratification of the oceans lends them to the conversion of a portion of the heat of global warming to work in accordance with the first and seconds laws of thermodynamics.

The First Law, or the Law of Conservation of Energy, relates to heat engines whereby heat can be converted to work. And the Clausius Statement of the Second Law states that heat always transfers from a hot body to a cooler one.

Since thermally stratified oceans resist the movement of surface heat into deep water, through heat engines, the requisite movement must be facilitated by heat pipes that are highly effective thermal conductors that transfer heat through the latent heat of boiling and condensation of a low-boiling-point working fluid.

Water is at its greatest density at a temperature 4 oC and typically and universally is found at a depth of about 1,000 meters in the ocean.

Surface heat transferred to that depth facilitates the cooling of the surface and the work produced by transferring that heat through a heat engine, when the work is undertaken on the land, is an extraction of heat from the oceans.

The heat of global warming is a source of energy like any other. It can be converted to work at an efficiency of 7.6% and the remaining 92.4% can sent out of harms way into deep water from where it will return in about 226 years and can be recycled.

Repeated recycling converts all the heat of warming to work and the waste heat of those conversions is dissipated to space.

Global warming is more energy than can be  consumed in a single tranche. Low thermal efficiency therefore makes no difference to the amount of work that can be produced from the heat of global warming.

Considering global warming is a surface effect, the residual heat of the consumption of this heat, when sent into deep water, is no longer an environmental threat so long as it remains beneath the surface

The conversion and relocation of heat to deep water mitigates every consequence of global warming including the decline of Arctic sea ice, glaciers melting, decreasing snow, rising sea levels, humidity, increasing ocean heat content (heat is removed from the ocean in the form of work), increasing sea surface temperature and the increase in lower atmosphere temperature.

The pressure in deep water also facilitates electrolysis and desalination of sea water which in turn will lower the oceans pH since removing hydrogen ions from the ocean, is by definition is acid neutralizing.

Thermodynamic Geoengineering (TG) is a global cooling method, deployed at scale, that would generate 1.6 times the world’s current primary energy, and remove carbon dioxide from the atmosphere. The cooling would mimic the apparent 2008-2013 global warming hiatus. At scale 31,000 one gigawatt TG plants are estimated to be able to: a)  displace about  0.8 W/m2 of average global surface heat from the surface of the ocean to deep water that could be recycled in 226 year cycles, b) produce 31 terawatts (TW) (relative to 2019 global use of 19.2 TW and c) absorb about 4.3 Gt CO2 per year from the  atmosphere by cooling the surface waters. The estimated cost of these plants is roughly $2.1 trillion per year or 30 years to ramp up to 31,000 plants and replace as needed thereafter, compared for example to the cost of world oil consumption that in 2019 was $2.3 trillion for 11.6 TW. The cost of the energy generated is estimated to be $0.008, or less than one cent, a KWh.

Resplandy et al. used the measurement of atmospheric oxygen and CO2 levels as the oceans warm and releases these gases as a proxy for global warming. And concluded about 25% of atmospheric CO2 were derived from that source. The policy implications of this are, CO2 is a lagging climate indicator therefore massive expenditures on carbon dioxide removal are unnecessary and wasteful, the reverse causality process whereby temperature increases cause atmospheric CO2, creating a self-perpetuating feedback loop gives credence to the multiple findings that waste heat is the primary driver of global warming, and the short-term emergency climate fix is cooling the surface as it is the long-term solution.

In OECD countries, steel consumes about 10% of industrial energy consumption, nonferrous  metals (primarily  aluminum) about  2%, ammonia another 2% and the nonmetallic minerals (primarily cement) about 5% for a of about 19%.

Basic chemicals are the greatest industrial consumers of energy accounting for about 19% of  2012 delivered energy consumption but computing, including cryptocurrency mining is projected to consume about 20.9% of projected electricity demand by 2030.

Unlike cryptocurrencies, which some have likened to “fool’s gold”, the oceans contain 47 real minerals and metals, including gold and silver, some of which are already being harvested. And TG platforms harvesting surface heat by passing millions of tonnes of water through their heat exchangers, can be adapted to extract a portion of the 50 quadrillion tons of trace elements that are dissolved in solution in the ocean.

Magnesium, currently valued at about $12,500/tonne, is the most abundant metal in the ocean at 1,272 parts per million. About 3 times the concentration of CO2 in the atmosphere, which some are contemplating removing at an anticipated cost of about $100/tonne.

A method for precipitating magnesium from sea water has been know for over a century, and magnesium alloys reduce the weight of heat-removing elements like TG heat exchangers by a third without losing efficiency.

At 1272 ppm of the 1.45 quintillion short tons of ocean water, the current cost of the metal would be reduced by orders of magnitude if processed ancillary to the production of energy with TG.

The cheapest energy extant, which in turn mitigates every consequence of global warming would be the greatest improvement to the standard of living of everyone on the planet.

As Rodney King, a victim of police brutality, pleaded during the 1992 California Race Riots, “I just want to say – you know – can we, can we all get along? Can we, can we get along?”

The fact is it is in our “power” to do just that.