Geothermal Energy Is Critical to Biden’s 100% Carbon-Free Grid, Why Is It Currently Underutilized?

Geothermal is a renewable energy resource with near-zero emissions that can provide constant power to the grid. This is critical to a sustainable energy future as more intermittent sources of renewable energy come online as part of President Biden’s executive order for a carbon-free power sector by 2035.

Geothermal resources are shallow, high temperature (above 150°C) reservoirs present throughout the southwestern United States, but deeper or colder (below 150°C) unconventional resources could be accessed using enhanced geothermal systems (EGS). The steam from underground hydrothermal reserves can also be used for geothermal district heating systems (GDHS) replacing the use of natural gas or fuel oil.

Nearly half of U.S. geothermal power capacity came online in the 1980s

As seen in Figure 1 above, nearly half of the current geothermal capacity in the United States was built in the 1980s following the Geothermal Energy Act of 1980 that was aimed at improving financing through project loans and the IRS investment tax credit (ITC) introduced in 1978. This initial boom in installations is mostly from accessing all of the shallow and easily identifiable fields like The Geysers in California. After the 2005 Energy Policy Act attempted to streamline permitting and provide geothermal with a new production tax credit (PTC), a resurgence of installed capacity occurred, but not at the same scale as in the 1980s.

A much larger spike in new capacity occurred in 2009 from additional geothermal project funding from the American Recovery and Reinvestment Act. An additional influence on this trend are renewable portfolio standards that consider geothermal and increase the value of renewable energy credits; Nevada passed theirs in 2006 after which a large number of installations were completed in the state.

As illustrated in Figure 2, despite the ITC and PTC, geothermal has not seen the same cost reductions as solar, but it is more cost competitive than nuclear and a binary geothermal plant provides similar carbon-free grid firming benefits without the safety or waste concerns. Geothermal energy installations are not able to leverage economies of scale as they are site-specific and expert-driven. In theory, geothermal exploration could be comparable to oil & gas extraction with resource mapping and well drilling being congruent stages in geothermal power plant construction.

The DOE estimated that drilling accounts for 42% of overall project costs due to the risk of a long exploratory phase without identifying productive wells, the delays from the environmental review process, and the lack of R&D to improve drilling costs. Government support of expedited permitting, resource mapping, and drilling R&D to reduce exploratory costs could have a greater impact than the PTC.

An NREL study estimated the geothermal permitting time at 7 to 10 years, which is lengthy compared to the average solar permitting time of 50 days. Much of this delay is due to the environmental review process on federal lands, which represents 63% of geothermal resources and is required for exploratory well drilling, production well drilling, and plant construction phases – each taking one to two years to complete.

The 2005 Energy Act attempted to improve this issue by mandating the National Forest System (NFS) reduce application backlog by 90% within five years and funding a joint permit tracking system for the Bureau of Land Management (BLM) and NFS. The web-based permit platform has improved the approval workflow and automated standard drilling permits, but there continue to be inefficiencies with the BLM reviewing permits at the regional office level rather than centrally.

The 2005 Energy Act required the USGS to update the 1978 Geothermal Survey in order to reduce the uncertainty in exploratory drilling. The 2008 Geothermal Survey utilized geospatial statistical models to identify areas likely to have the geological factors necessary for geothermal. Critics say the USGS only re-examined legacy data and did not re-evaluate low-temperature resources, which are more difficult to identify and necessary for GDHS and EGS. In addition, the 30-year gap between geothermal surveys is much wider than the frequent (and occasionally continuous) assessments that the USGS provides for oil and gas. 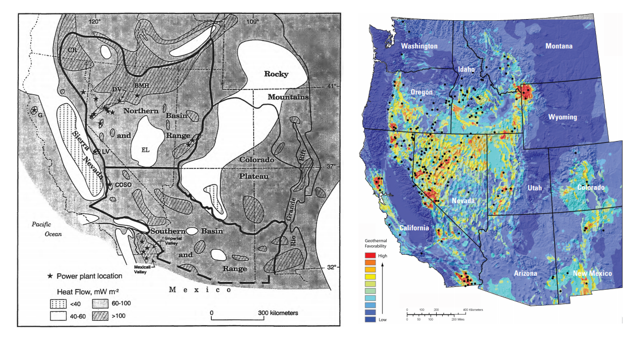 The 2008 survey found that identified resources, where installations exists, account for 2% of the U.S. geothermal capacity potential, while undiscovered resources, which are high temperature with no existing installation, account for 5% of the potential, and EGS resources, which are low to moderate temperature account for 93% of the potential. Given the importance of EGS to maximizing geothermal resources, R&D into EGS is essential. The resource risk is still high enough for developers to require private funding of surveys and explorations, and as a result the majority of new installations are expansions of existing fields or located in well-explored areas.

Cost tends to be the primary barrier for most technology adoption, including geothermal, and the additional barriers of long permitting times, lack of resource certainty, and underfunding of R&D contribute further to the inflated cost of geothermal. These financial challenges could be alleviated if geothermal had the lobbying power of oil & gas to gain categorical exclusions from the environmental review process, invest in robust resource surveys, and advance R&D to improve economies of scale to the drilling costs.

Nevertheless, permitting exclusions should be done with care as geothermal drilling and hydraulic fracturing can have environmental impacts from releasing sulfur to tremors from the EGS fracking process. USGS can also provide better data for geothermal developers through continuous monitoring, updates, and in-situ measurements.

Greater investment in geothermal yields efficient results as seen after the influx of funds from American Recovery and Reinvestment Act of 2009. Although geothermal R&D has not successfully reduced technology costs, it has led to the U.S. being home to the few EGS demonstration projects in the world and has allowed existing sites and abandoned wells to produce a greater amount of power. 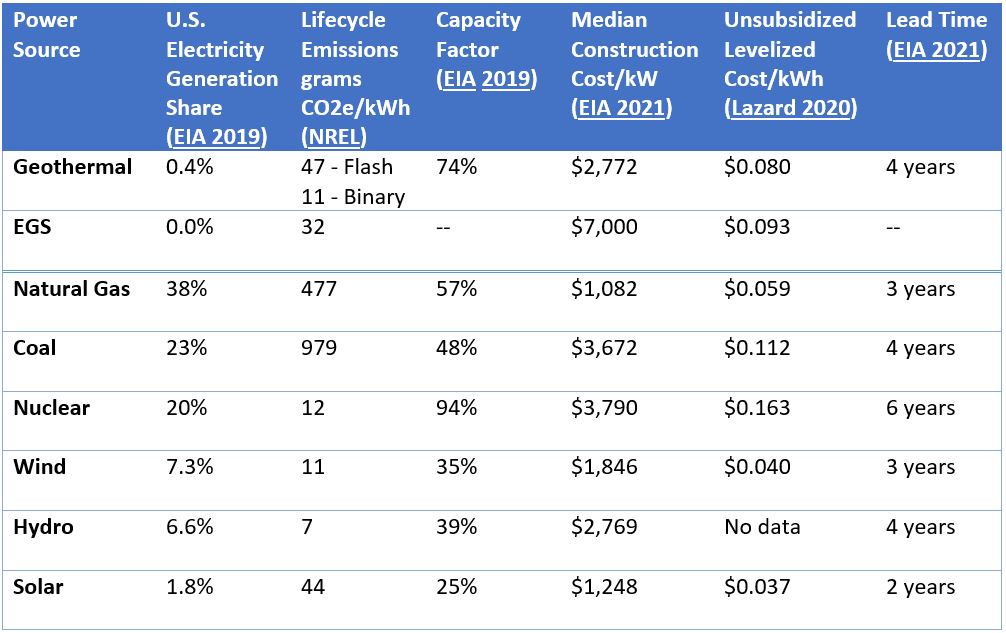 Table 1:  Comparison of Geothermal to Other Technologies

Given the similarities between the geothermal and oil & gas exploration, there should be synergies that geothermal can benefit from in order to expand utilization to the available capacity necessary for a majority renewable grid. This is also a perfect line of business for oil & gas companies to diversify their business in and, since time of writing, has already started to happen being dubbed “green drilling”.

Audrey Vinant-Tang is a degree candidate at the Johns Hopkins School of Advanced International Studies (SAIS) Master of Arts in Sustainable Energy (MASE) program. She is responsible for energy procurement and sustainability at ViacomCBS.