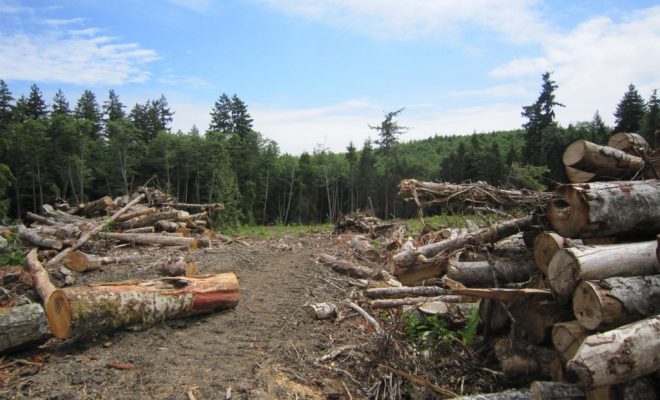 Despite more than a decade of policy discussion, questions still remain over how to differentiate “good” carbon forest credits from those that just squeak by the grade. A new primer from World Wildlife Fund attempts to lay out the challenges and offer a path forward.

“Actions intended to meet the urgency of deforestation and its contribution to the climate crisis cannot succeed unless they begin to address ‘high-risk areas’ more systematically,” writes WWF. Its new report, Forest Carbon Credits: Separating the “Good” from the Merely “Good Enough”, seeks to untangle the complications in doing just that.

In the paper, WWF notes that recent private sector interest in carbon neutrality has reawoken a debate about “what constitutes a ‘good forest carbon credit,’ or, from a broader perspective, what constitutes a real or credible emission reduction/removal (ER/R) from the forest sector.”

To date, the paper notes, this work has been done from a technical perspective. “These criteria tend to centre around the quantification of ER/R estimates, focusing on issues such as reference level setting, uncertainty, and the permanence of ER/R achieved.”

Discussions stall when it comes to defining a “good” reference level, however, because of the difficulty in determining what represents a “‘business as usual scenario,’ essentially, the emissions that would occur if there were no interventions to reduce them.”

There is also the problem of how reference levels relate to the relative “safety” of a particular area chosen for an ER/R activity. While “safe areas” are popular because they allow for activities at low risk and cost, it can be difficult to demonstrate that those efforts really achieved anything substantive in a forest that was already at least fairly secure. On the other hand, the complexity and cost of implementing ER/R in “high-risk areas” typically drives such implementation awry.

Overall, writes WWF, “the subjectivity of the debate tends to erode the credibility of reference levels and estimated ER/R, as in some instances it can be considered speculative and not robust.” At the same time, “data alone cannot determine what might be considered a fair and accurate baseline,” while—and worse—“efforts to restrict flexibility often have the effect of ruling out more long-term, transformative visions.”

Another question vexing those anxious to separate good forest carbon credits from the less good is whether ER/R should be “considered permanent.” The need to know that carbon will stay sequestered after it’s been removed presents a challenge for the afforestation/reforestation (A/R) projects often favoured by companies seeking “bankable” carbon sequestration projects that look good, or that could even earn revenue.

Mismanagement, disease, and wildfire all present serious risks of reversal of that sequestration, especially in an era when climate change has become a clear “risk multiplier.” And some projects—“such as monoculture plantations, often with fast-growing exotic species”—are more vulnerable to climate change impacts than others, adding another layer of risk that often goes unaccounted for.

“The feedback loop between emissions and forest projects and the heterogeneity of impacts means that some aspects of these problems cannot be simplified,” WWF notes. Given these challenges, the organization suggests that only those forest mitigation activities that can be shown to “increase the resilience of the resulting ecosystems” should be given credit.

There is a related problem, too—how difficult it is to attribute ER/R to a specific actor, even as donors and buyers clamour for that specificity. Once again, WWF notes, A/R projects are often seized upon as a ready solution.

“Reforestation projects usually involve a limited number of factors that have been quantified more robustly than other types of interventions, such as the use of a limited number of species, easily determined stand ages, and more precise biomass estimates, all of which make estimates easier to produce, with narrower confidence intervals,” WWF explains.

But projects with such known parameters are likely to involve “fast-growing plantations—usually monospecific, even-aged ones, with low heterogeneity.” While such projects can be favoured due to how precisely their sequestration “benefits” can be calculated, those benefits come at enormous ecological cost.

“The resulting outcome is a forest stand of limited diversity and lower resilience than a restored, ecologically functional forest,” which adds up to bad news for forest carbon stocks.

WWF ends its primer with a five-point proposal to address the complications: moving to longer-term commitments and targets in diversified portfolios of intervention projects, more collaboration between project “buyers” and implementers, creating a framework for “impact-based modifiers” that could help “push toward implementation where it matters,” increasing the carbon price based on impact, and using a “blended approach” that harmonizes efforts in A/R, restoration, conservation, and other interventions.

“If companies and donors want a significant volume of ER/R over longer periods of time, there will need to be serious commitment and investment into generating those ER/R that result from actual delivery on the ground,” writes WWF. “Continuing to focus implementation in ‘safe areas’ will not deliver at the scale needed either to meet company demands or, more importantly, to sufficiently contribute to climate change mitigation.”

This discussion reminds me of the great book The Tyranny of Metrics. It's important to keep in mind the end goal without getting too lost in the weeds and directly controlled by a single metric counter that is used as a proxy for that goal, as it can easily undermine that very goal in unexpected ways.