2019 may have been the year clean energy irreversibly turned a corner toward dominance in the United States. After all, who could have foreseen last January that America would realize existing coal can’t compete against new renewables, see new solar-plus-storage beat new natural gas generation on price, have 13 states and territories committed to 100% clean electricity, or envision a path to nationwide net zero emissions?

Five leading energy and climate policy experts shared their predictions for the year and decade ahead with Energy Innovation Communications Director Silvio Marcacci. From a record year for solar, federal incentives for clean energy, the end of coal, the beginning of the end for natural gas, and growing public involvement in climate action, 2020 is shaping up to be an incredible year for the U.S. energy system.

Last year, SEIA announced the 2020s would be the Solar+ Decade. This year we are setting the wheels in motion. By 2030, solar will make up 20% of U.S. electricity generation. This will be buoyed by progress in wind energy, storage, and other clean energy sources. And while our goal is attainable, it is not inevitable.

If we’re successful, the payoff will be enormous. By 2030, we’ll drive $345 billion into the U.S economy and offset 35% of all electricity sector emissions. The industry will employ more people than every U.S. company except Walmart. Americans will enjoy lower energy bills, greater energy choice, and cleaner air.

This year solar will continue growing as prices fall. Wood Mackenzie and SEIA project solar installations will hit a record 19 gigawatts this year, or enough to power the equivalent of 3.6 million homes. But we will be missing important opportunities if we don’t also have policies that allow solar to compete.

SEIA will push for stronger leadership from Congress and the White House to create pro-solar policies and end harmful solar tariffs. Federal tax policy must put solar on a level playing field with other fuels and trade laws must spur domestic growth.

State policies that strengthen local markets and ensure competition are critical, and momentum is building for them: 38 states and D.C. have renewable portfolio standards, of which 22 have a specific solar carveout. These markets should provide robust opportunities for all forms of solar generation. Large-scale projects, community solar and distributed generation all are critical pieces of the clean energy economy going forward.

And if done right, our work will be felt in communities that need it most. It will lift up women and people of all backgrounds, abilities, and income levels.

Thanks to cost reductions, the solar industry is poised for a very strong 2020, maybe even historically strong. But getting the policies right could make the difference between a thriving clean energy economy, and one that falls short of critical economic and environmental goals.

The 2020s will be the decisive decade for efforts to address climate change, and we need to start it off right by turning climate conversation into climate action this year.

At the American Council on Renewable Energy (ACORE), we measure our progress through the lens of $1T 2030: The American Renewable Investment Goal, a campaign to promote $1 trillion in U.S. private sector investment in renewable energy and enabling grid technologies between 2018-2030. Achieving the $1T 2030 objective would keep the U.S. within striking distance of Paris Climate targets. The $57 billion invested in year one of the campaign was a credible start. In fact, booming growth on that scale would be cause for celebration under other circumstances. But we need to nearly double that rate of growth to meet our 2030 target.

Our most immediate challenge is the nation’s antiquated electrical grid. To accommodate accelerated renewable growth, we need smart policies that promote advanced technologies like energy storage, incentivize an expanded and modernized transmission system, and encourage deployment of pollution-free renewable power.

Congress squandered an opportunity to make important progress on these issues in the 2019 year-end spending bill when it left key clean energy tax incentives on the cutting room floor, including those for energy storage, offshore wind, and electric vehicles. We need to repair a tax code that phases out renewable energy tax incentives, even as century-old incentives for fossil fuels remain untouched. Completing this unfinished business is a key priority for ACORE and a broad coalition of bipartisan allies in 2020. Ultimately, the transition to a renewable energy economy that powers the nation’s businesses, homes, and vehicles will be possible only when we appropriately value pollution-free power generation.

2020 will solidify the end of the United States’ coal era, and will mark the beginning of the end of the power sector’s rush to build new natural gas as we start seeing significant defeats of the 120 GW of new gas plants currently proposed nationwide.

We project 2020 will be another record year for U.S. coal plant retirements, on the heels of 2019 – the second biggest year ever for retirements – when coal generation fell 18% year-on-year to its lowest level since 1975. In the first two weeks of 2020 alone, we’ve seen the 300th coal plant retirement since 2010 with SWEPCO’s announcement it will close Louisiana’s 721-megawatt Dolet Hills Power Plant by 2026, followed by the announcement that Tri-State will retire 1,684 megawatts total capacity in Colorado’s Craig plant in Colorado and New Mexico’s Escalante plant, bringing us to 302 coal plants slated to retire. 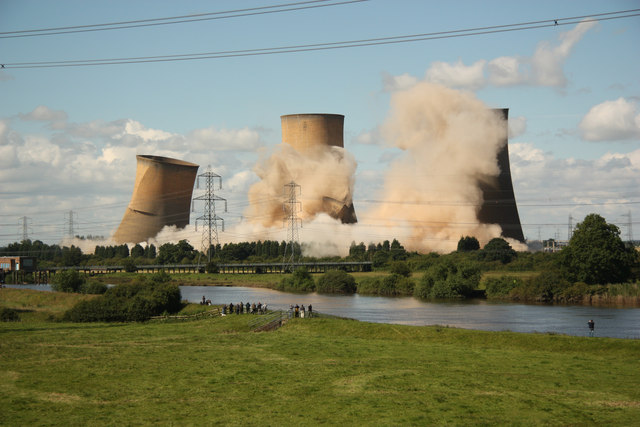 Fracked gas’ future in the power sector will be called into question in 2020, as gas is increasingly recognized as a climate menace and faces tremendous pressure from experienced campaigners. Utilities are now decisively showing that portfolios of renewable energy, storage, and efficiency provide better performance than gas and coal plants at a lower cost in many parts of the country. In 2020, investors will finally recognize that many fracked gas plays simply won't break even, and states will start pushing back on developers, requiring them to remediate the damage they've caused across the U.S.

All this progress toward a 100% clean power grid by 2030 will require sustained advocacy – market forces alone won’t do the job that our planet’s future demands. In 2020 we expect an acceleration of commitments by states, communities, and utilities to decarbonize their energy supply. Advocates will demand not just clean energy, but prioritizing communities of color who have borne the brunt of pollution and support for just transition for workers and communities. This pressure will only intensify as the urgency of the climate crisis continues escalating.

The beginning of the end for natural gas

2020 will see a coalition of forces, similar to the one ending America’s coal era, organize to do the same against “natural” gas.

After sitting on a throne for far too long and heating our planet up far too much, U.S. coal use nosedived last decade because a focused and relentless campaign uniting activists, health professionals, policymakers, clean energy developers, and investors retired 299 coal plants and cut coal use in half. A decade ago, this seemed impossible, but forcing coal to account for its incredible pollution burden on communities put coal on track to be gone by 2030.

But overall U.S. carbon reductions – despite coal’s decline – are off track to prevent more wildfires, mass extinctions, and coral reef decimation. Since 2015 carbon pollution from burning gas to generate electricity, power industrial processes, and heat our buildings has eclipsed coal. Gas-related emissions increased in 2018, raising overall U.S. emissions for the first time in four years. To meet our climate goals and cut air pollution we must stop burning gas, but faster than we did with coal.

Gas is now among the largest sources of carbon pollution in many cities and states, just as coal once was. Very little coal is left on the West Coast, Northeast, or Upper Midwest, leaving policymakers looking to cut carbon pollution re-assessing gas and oil. The health impacts of burning gas in our communities are as bad as burning coal, and clean energy is now cheaper than gas in many areas. Unlike coal plants, which were concentrated in rural areas with lax environmental standards, most gas is burned in states and cities where policymakers are concerned about climate and dirty air.

Berkeley, California became the first city in the U.S. to ban the use of gas in new buildings in July 2019. Since then, two dozen additional cities and counties have followed suit. In 2020, watch this movement heed Greta Thunberg’s call to “start acting like our house is on fire” and exorcise gas from our communities just as we have done with coal.

Wins and losses on decarbonization, but undeniable public action on climate

In 2020, I predict some wins and some losses when it comes to cleaning up our energy system to address the climate crisis.

This year, many more Americans will turn off the gas—they’ll wake up to the fact that burning natural gas in their homes is poisoning their families and warming the planet. Instead, people will begin going all electric in their homes, using induction stoves, electric hot water heaters, and more. And more cities will ban natural gas from homes.

Unfortunately, the pace of electric vehicle adoption will likely slow down because Congress has failed to extend the tax credits for some automakers—Tesla and General Motors—who have sold more than 200,000 vehicles.

At the last minute in 2019, Congress extended tax support for wind energy through 2020, so many developers may rush to conclude projects, making this a big year for wind energy. The same may not be true for solar energy, since federal support for that technology started stepping down on January 1.

It’s a bit hard to predict how coal retirements will proceed this year. In some parts of the country, including the Midwest, retirements could slow down because after years of effort, the Trump administration has finally begun subsidizing uneconomic coal plants to keep them open. Some states, like Ohio, have also approved coal plant subsidies. But not all states will continue on this perilous path and retirements should accelerate in Colorado and other western states as state governments ramp up clean energy laws. In fact, one utility just announced it will retire all of its coal plants in Colorado and New Mexico.

We should also expect the Trump administration—in perhaps its last year in office—to continue rolling back environmental and clean energy laws. And in response, climate protests will continue to grow. As the federal election ramps up and climate impacts—such as the devastating fires in Australia—worsen, more Americans will take to politics to demand action on climate in 2020.